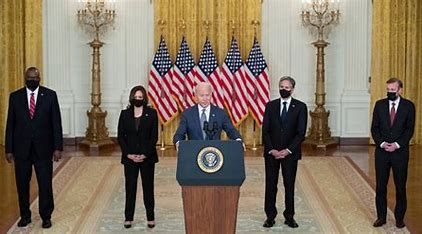 We all know the cons of Twitter, but one of the pros is discovering new and interesting people.

One of my favorite new follows is Benjamin Carlson, a public relations guru and former editor at The Atlantic. Carlson’s tweets are among the best you’ll find on Twitter, and he clearly has a keen understanding of the intersections between media and government, power and propaganda (both current and historically).

One of his recent tweets caught my eye, and I share an adaptation of it below.

1. Dissent is equated to violence

3. The legal system is co-opted by the state

4. Power is exerted to quash dissent

5. State police protect the regime, not the people

7. Mass conformity of beliefs and behaviors is demanded

8. Power is concentrated in inner ring of elite institutions and people

9. Semi-organized violence is permitted (in some cases)

11. Entire classes singled out for persecution

14. Private and public levers of power are used to enforce adherence to state dogmas

The list is a bit troubling. At the very least, some of these techniques are playing out before our eyes. This is certainly not to say that the US is a totalitarian state, however.

There are many definitions of totalitarianism, and I don’t believe one can seriously argue that the United States has arrived there. But authoritarianism is certainly in the air, and it emanates most strongly from our nation’s capital.

While both the political Right and the political Left accuse each other of harboring tyrannical ambitions, the philosopher Karl Popper offered a clue as to when a legitimate government crosses the line and becomes a tyrannical one.

“You can choose whatever name you like for the two types of government,” Popper wrote. “I personally call the type of government which can be removed without violence ‘democracy,’ and the other ‘tyranny.’”

Popper’s quote is an important reminder: the people ultimately have the right to choose their government. In his seminal Two Treatises of Government, John Locke carved out what would become the foundation of America’s founding philosophy, as FEE’s Dan Sanchez recently explained.

Equality, in the original sense, not of equal abilities or equal wealth, but of non-subjugation;

Inalienable Rights, not to government entitlements, but to life, liberty, and property;

Democracy, in the original sense, not of mere majoritarian voting, but of popular sovereignty: the idea that governments should not be masters, but servants of the people;

Consent of the Governed: the idea that governments can only legitimately govern by the consent of the governed, i.e., the sovereign people;

Limited Government: the idea that the sole purpose and proper scope of legitimate government is only to secure the rights of the people;

Right of Revolution: the idea that any government that oversteps its limits and tramples the very rights it was charged with securing is a tyranny, and that the people have a right to resist, alter, and even abolish tyrannical governments.

As the state drifts further and further from its moral purpose, it becomes more and more important to understand the rights of man and the limits of government.

A version of this article appeared on the author’s Substack.