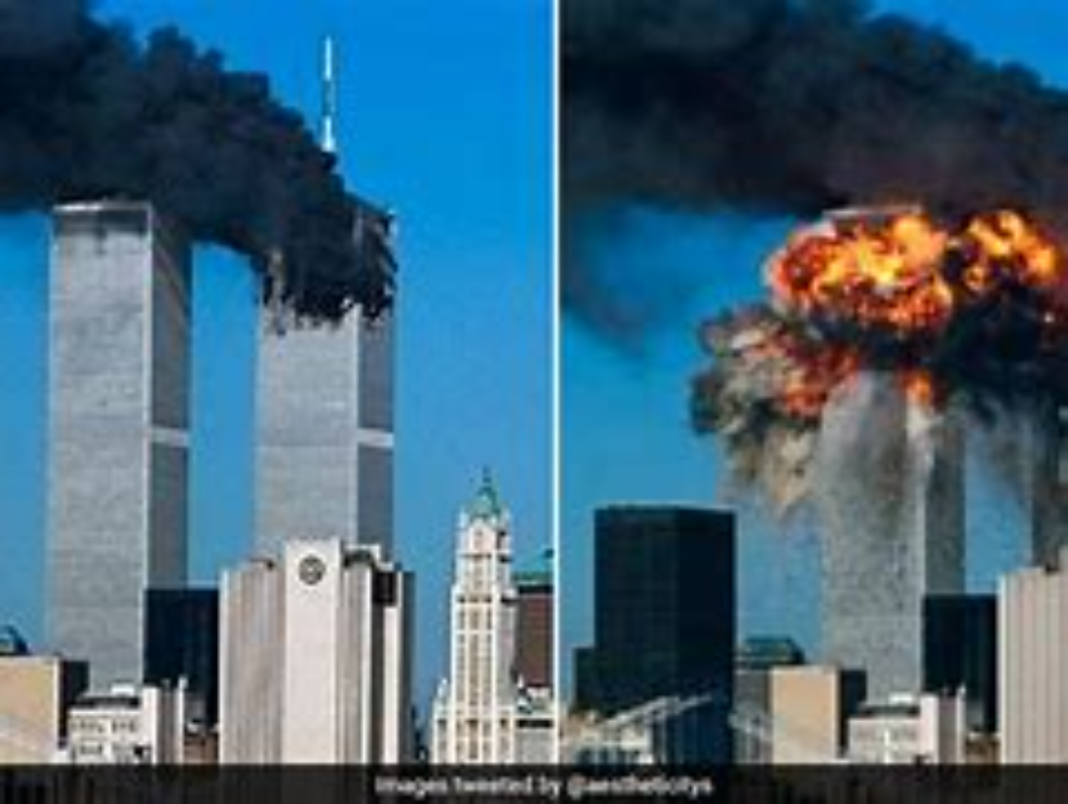 1. Peggy Noonan: A Day of Grief and Human Glory

I want to mention something that happened in this small space, this column, that I’d never experienced before, because it gets at something larger. I had been an online columnist at the Journal for a year. After 9/11, 50 of the next 52 columns were about 9/11, and in that time and before my eyes a whole living community sprang up. It was still the early days of the internet. I didn’t fully realize you could write a column or essay and your readers could immediately respond, telling you what they were experiencing and feeling, what they’d seen.

And we weren’t talking about “politics” we were pouring out our hearts and we did it every week. Readers sent stories of things they’d experienced—for some reason I think first of the telephone repairman in Queens showered by a small rain of paper following the collapse of the towers, who grabbed one as it went by, the business card of a stranger who worked at the World Trade Center, and he kept calling to see if she was all right, and she was. I’d tell the stories in future columns. We helped each other through. It was one of the greatest professional experiences of my life, to write to and with a group of people tied by trauma and keening together.

My fundamental conviction had been from the very first moment that the crash happened, that I was meant to be there by God’s providence. The knowledge now it was a terrorist act deepened that.

Thanks @HowardMortman for highlighting 20 years ago today- my dear friend,Barbara Olson, on @cspan – smart, sharp, witty, prescient, and forever young. So missed https://t.co/kbnePIJqwl

4. Condoleezza Rice: We Are More Secure Than We Were on 9/11

The worst terrorist attack in the nation’s history has been conscripted into the culture wars and turned into another symbol of everything that the credentialed classes do not like about the world around them. The pessimism and shame are felt even in the Oval Office. In his August 31 speech on Afghanistan, President Biden described the last 20 years as a tale of unrelenting woe, especially for the millions of men and women who have served in uniform: “A lot of our veterans and their families have gone through hell.” True—real and awful suffering cannot be denied. It is part of the story of the last two decades.

But it is not the whole story.

Ground Zero puts the meaning of the cross into greater relief. As Pope Francis declared from within the 9/11 Museum on Sept. 25, 2015:

“This place of death became a place of life, too, a place of saved lives, a hymn to the triumph of life over the prophets of destruction and death, to goodness over evil, to reconciliation and unity over hatred and division.”

If you look closely at the aftermath of 9/11, you can see the roots of what America has become. At a college rally at Wesleyan University nine days after the attacks, a professor compared the hijackers with the American Revolution’s central figures. The editor of The Nation expressed disgust when her young daughter asked her for an American flag. Still, these were lonely voices back then, easily ignored. Such sentiments have now gone mainstream.

The question is whether that America of heroic cops and patriotic songs, of ordinary Americans rolling up their sleeves, is gone forever or poised for a comeback.

“I thought, ‘Oh, it’s going to be such a beautiful, wonderful day today,’” she recalled a couple of weeks ago.

Within hours, United Airlines Flight 93, almost belly up and engines screaming, slammed into a grassy field a mile or so from her front door.

In Shanksville, the swarms of visiting media and tourists are largely gone. The 2,200-acre Flight 93 National Memorial, operated by the National Park Service, is accessible right off Route 30, leaving no need to go through town at all.

The borough has changed in small ways, but not in one big one: Residents here continue to dedicate themselves to honoring the victims of Flight 93 as heroes who laid down their lives to save many more in Washington. They’ve become the stewards and storytellers of hallowed ground.

Referring to his vocation as “a ministry of presence,” he said he spent time with the firefighters when they were working at ground zero and during their meals and rest breaks.

In our scurried flight, we abandoned thousands of Afghans who had supported and worked for us. We reportedly gave the Taliban lists and the means of identifying our friends and its enemies.

With nods and winks, we promised recognition, legitimacy, financial support and international status and credibility. We made peace and accommodation with murderers, rapists, sadists and thugs.

No sooner had we turned over control of the remaining air base from which we hoped to extricate our soldiers, citizens and allies than we were rewarded with a suicide bombing that killed more than 170 Afghans and 13 of our finest young men and women. How tragically predictable — the first of many acts of terrorism that we will soon see unleashed on ourselves and the world.

13. 7 Inspiring quotes about mercy to help us reflect on the anniversary of 9/11

On 9/11 Heather Mercer was in Taliban captivity in #Afghanistan. Yesterday she opened Freedom Center in Iraq, a product of her commitment to serving Muslims. I met Heather on my 2nd trip into Iraq in 2003, so glad to follow her journey. #NeverForget911 https://t.co/JxtbtAFW68