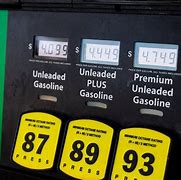 The new film “2000 Mules” which probes evidence of massive cheating in the 2020 presidential election, is “hitting home” with voters who have seen the movie, according to a new poll.

The survey by Rasmussen Reports finds 77% of likely U.S. voters who have viewed the documentary by Dinesh D’Souza say the film strengthened their conviction of systematic and widespread election fraud in the 2020 election, possibly leading to a “stolen election,” as former President Donald Trump has maintained.

Only 19% of those who have seen the documentary say their belief in election fraud was weakened.

The percentages are significant because the poll also suggested more than 20 million voters have viewed the film since its premiere last month at Trump’s Mar-a-Lago resort in Palm Beach, Florida.

The movie has received little, if any, mention on major broadcast networks including the Fox News Channel, which appears to be going out of its way to avoid any on-air mention. (SEE THE TRAILER:)

Rasmussen noted: “Nineteen percent of Republicans, 14% of Democrats and 11% of voters not affiliated with either major party report having watched ‘2000 Mules.’

“Awareness of the new documentary is much more widespread, with 41% of voters saying they’ve heard about ‘2000 Mules.’ That includes 50% of Republicans, 36% of Democrats and 38% of unaffiliated voters.”

Among voters who haven’t yet seen ‘2000 Mules,’ 70% are familiar with the film’s subject, involving claims of widespread, coordinated voter fraud in the 2020 election, sufficient to change the overall outcome. That includes 36% who are Very Familiar with claims widespread fraud in the 2020 election. Seventy-five percent (73%) of Republicans, 63% of Democrats and 74% of unaffiliated voters who haven’t seen ‘2000 Mules’ are familiar with the claims at the heart of the documentary.

Among voters who have seen ‘2000 Mules,’ 85% of Republicans, 68% of Democrats and 77% of unaffiliated voters say the movie strengthened their conviction that there was systematic and widespread election fraud in the 2020 election.