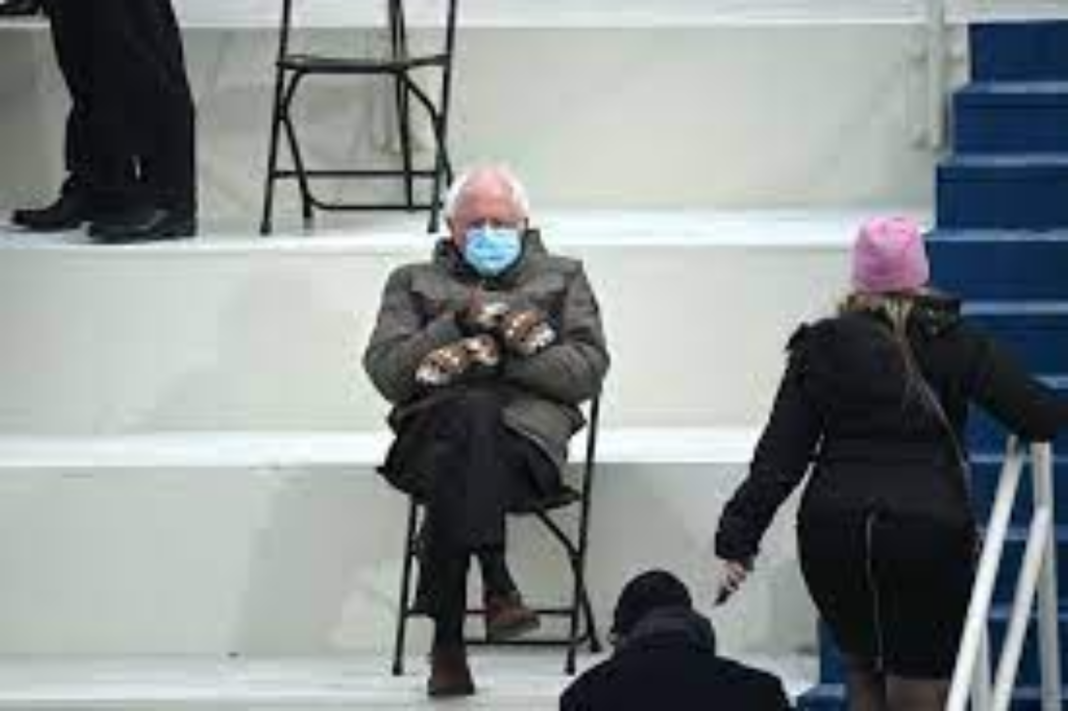 Bernie Sanders is treated like a rock star by his supporters when he runs for president. We saw it in the 2016 Democrat primary and again in 2020. The U.S. Senate’s top socialist quickly and happily embraced the good life on the campaign trail.

“Battle for the Soul: Inside the Democrats’ Campaigns to Defeat Trump” by author Edward-Isaac Dovere is out. Dovere, a staff writer at The Atlantic writes about Bernie’s “Senator Comfort Memo,” a list of his specific demands for air travel and hotel bookings. Devore says his research for the book included 400 interviews over a four-year period. Bernie may campaign in support of everyday Americans, the little guy, with utopian dreams of a socialist America but he travels like a senator who is reaping the benefits of a capitalist society. Sanders unwittingly exposes the hypocrisy of socialism – those in the political class benefit as regular people pay for their pampered lifestyles. Bernie isn’t exactly North Korea’s leader Kim Jong Un in his socialist fantasies, but it sure is amusing to ding him with a story like this.

Bernie is a big supporter of the Green New Deal. AOC is his political protege. He signed on to her anti-fossil fuel aspirations in the Senate and demonized the oil and gas industry at every opportunity. He still does. Bernie, however, quickly and fully embraced air travel by private jet and never looked back. Up until his 2016 presidential campaign, Sanders only flew on commercial flights. Turns out, Bernie loves him some private jet travel.

“Charter flights were a revelation to him. He would always be a little embarrassed pulling into the private terminals, but boy, did he get a kick out of not worrying about being late for a flight that couldn’t take off without him,” Dovere wrote regarding Sanders. “By the beginning of 2017, his staff had put together a document laying out his minimum requirements for the kind of aircraft he’d require if asked to go on trips beyond his regular route back and forth between Vermont and Washington. Couldn’t be too cramped. Couldn’t get too bumpy.”

Not too cramped, not too bumpy. The memo makes Sanders sound like Goldilocks. No one enjoys bumpy flights but how can there be assurances ahead of time that there will be no turbulence? Anyway, he has some demands for his hotel rooms, too. Heaven help the staff who can’t deliver on his insistence of a cold room. Bernie shamed one woman working the front desk at a California hotel for her inability to change the room’s thermostat.

“Hotel rooms had to be away from elevators and from ice machines, so that quiet was guaranteed,” Dovere wrote. “He didn’t like getting upgrades and would often switch with an aide if he got the nicer room— ‘If there’s a bomb in there, it’s yours tonight,’ he’d joke— but he liked suites, and he liked bathtubs, and he insisted on a king-size bed, which had to have a down comforter or another blanket in the closet. He preferred that the extra blanket be dark blue, and made of cotton.

“The temperature in the room had to be kept at 60, even if that required having a staffer sit in the room with an open window in the winter to make sure it cooled enough or calling management in to override the system,” he continued. “There was no bending the rules: once on a stop in California, annoyed that his aides couldn’t get the temperature below 65, he had them call the woman from the front desk up to change the thermostat while he sat on the bed, watching. She couldn’t get it to work, and nervously humiliated, she apologized. Sanders didn’t care. ‘So, Chloe,’ he said, annoyed. ‘You don’t want me to sleep tonight?’

Look, grumpy old men will do grumpy old men things, but to browbeat a hotel front desk worker over the thermostat is ridiculous. There are two kinds of sleepers – those who prefer a cold room and those who prefer a warm room. Like Bernie, I’m in the cold room camp. I get it, but c’mon. Staffers monitoring open windows in winter? He does ask for a fan in the room. The book reports Sanders asked a staffer to purchase one for him in a blizzard. Sanders also requires that any brochures or pamphlets be removed from the room. He asks for hotel rooms or events to be stocked with “drinks and snacks, such as green tea with honey, Gatorade and cans of assorted nuts.” I’m a little disappointed he doesn’t ask for bowls of only one color of M&Ms like musicians allegedly do.

Former staffers of Hillary Clinton’s 2016 campaign said Bernie’s preference for private jet travel was a running joke. Are we to believe that Hillary flew on commercial flights? When was the last time she did that in her decades in politics? Both like to yak it up about the Green New Deal but continue to burn jet fuel at every opportunity.

Devore also spills the tea on other Democrats in his book, according to news reports. He writes that Barack Obama referred to Trump as a “madman”, a “racist, sexist pig”, “that fucking lunatic” and a “corrupt motherfucker”. There is a passage in the book when Jill Biden said Kamala should “go fuck herself” after her attack on Biden during a debate in the primary. When Nancy Pelosi’s office pushed back on his reporting that she “tried to sabotage the rollout of Rep. Alexandria Ocasio-Cortez’s Green New Deal in 2019” the author responded.

“The book was drawn from extensive reporting, and as the note on sourcing in the book says, includes over 400 interviews over four years. It’s full of private conversations, phone calls and emails which haven’t been revealed before – this among them,” Dovere told Fox News on Monday after Pelosi’s office pushed back against the book.

“In February 2019, Pelosi called Ed Markey the night before he was scheduled to help roll out the Green New Deal. She asked him to hold off. She wanted more substantive policy. The politics weren’t good right then. Don’t give the platform to Ocasio-Cortez, she urged, anxious about the new congresswoman’s notoriety becoming actual power,” Dovere writes in the book.

Pelosi’s spokesperson denies such a request was made.