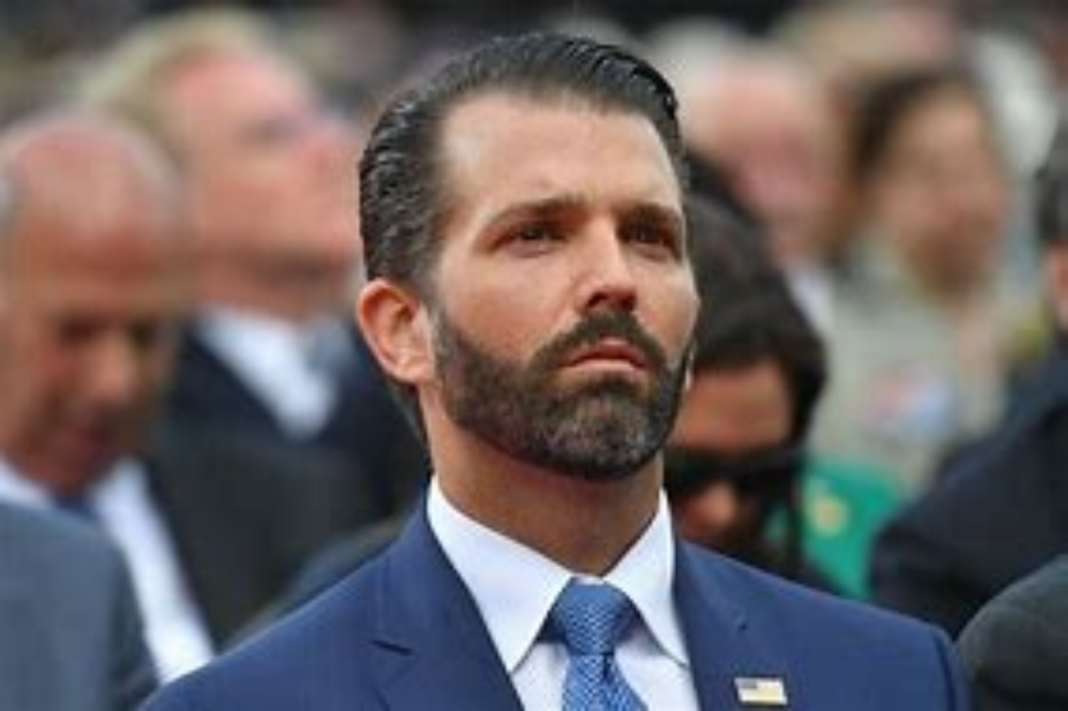 The word “endorsement” isn’t used here but when the Examiner asked him who stands out to him in a Republican field minus his father, he had a clear choice. No double-speak about “a lot of promising candidates,” no lip service to the likes of Ted Cruz or Kristi Noem. He went right for DeSantis.

More interestingly, Don Jr has been touted as a potential heir apparent himself if dad decides to retire. There have been rumors for awhile about Junior weighing whether to run for a lower office somewhere, probably in the west, but his father didn’t need to climb any ladders in order to win the presidency. And Don Jr has become a MAGA favorite from his presence in conservative media and stemwinders at Trump’s rallies. A Morning Consult poll taken last month found him third in a hypothetical field that *did* include dad: Trump was at 50 percent, then Mike Pence at 13, then Junior at eight. DeSantis was next at seven percent.

Which means Trump Jr’s praise for DeSantis isn’t just a quasi-endorsement from the Trump family, it’s a show of support from someone who’s himself a player in Republican politics now and a potential rival to DeSantis. You’re left to wonder if this means Don Jr would stand aside in 2024 if his father didn’t run but DeSantis did.

“If I’m going to be totally objective about it,” he said when pressed on the current slate of Republicans already angling for the nomination, “I think, you know, what Ron DeSantis has done in Florida is outstanding.”

“I mean, he didn’t fall for the narrative. I think he’s learned, perhaps through watching [Donald] Trump, you know, what the media will try to do to you if you do take those kinds of stances,” the former first son added. “I think he’s been proven, you know, virtually 100% correct on those things.”

Trump Jr. contended that DeSantis has “certainly a very bright continuing future, whether that’s with my father, whether that’s — if my father doesn’t run — on his own.” The son appeared to, like his father, suggest DeSantis would make a solid running mate for the Donald, which would mean ditching former Vice President Mike Pence.

Note the last bit. We’re likely to see DeSantis on the ticket in 2024 one way or another, I think, as Trump has held the door open to making the governor his running mate if he runs again. Pence, to his eternal credit, refused to cross the Rubicon by disrupting the transfer of power on January 6. Trump will want a new VP about whom his fans can say “he fights!” That’s DeSantis, as has been clear for months. “DeSantis had a meteoric rise in our polling between February and March, leaping into first place in a primary without Trump, with a particularly strong lead among the ‘Trump first’ voters of the party,” noted pollster Kristen Soltis Anderson back in April. He can check the most important boxes for Republican voters, pugnacity and populism, in a way few other current elected officials can.

But, importantly, he can also check the box for more Trump-skeptical Republicans. DeSantis is a polished politician and obviously a bright guy, someone capable of getting into the weeds on policy. Even when he’s saying populist things, he sounds like an old-school establishmentarian. That’ll soothe the nerves of more centrist Republicans who are wary of anointing a Trump acolyte as the next nominee.

Which makes me wonder. If Trump and his son endorse DeSantis in 2024, is there any way realistically that he can beaten? Who’s the upstart capable of either stealing away the MAGA base from him or putting together a coalition of MAGA fans and centrists that’s bigger than DeSantis’s while the Trump family stumps on his behalf? Someone who tried to run to DeSantis’s right as a hardcore Matt-Gaetz-style populist would alienate moderates. Someone who ran to the middle as a Nikki-Haley-style old-school Republican would be squashed by populists. How do you beat DeSantis with the Trumps in his corner?

And if the answer is “you don’t,” then tell me what happens if Trump stuns everyone by declaring in 2023 that he won’t run and immediately endorses DeSantis. It’s a given that if Trump runs he’ll have no opponents apart from a token liberal Republican like Larry Hogan. The nomination would be his by acclamation. No younger rival would dare challenge him for fear of alienating MAGA voters if they did. But until recently I’d assumed that if he retires we’ll have a crowded field of candidates to choose from. And I still think so — if Trump keeps his powder dry and doesn’t endorse early.

But if he anoints DeSantis as his heir apparent before any other contenders have announced, would they even bother getting in? The fear in that case would be the same as running against Trump himself, just one step removed. Instead of affronting MAGA by challenging the king, you’d affront them by challenging the newly crowned prince. You’d lose, and then the base you’d need to woo in a future national run would have a grudge against you.

I think it’s conceivable that DeSantis, in his first run for president, as a non-incumbent, could clear the field with Trump’s backing. Has that ever happened before in U.S. history? No challengers for a guy who’s never run a national race? Stay tuned.