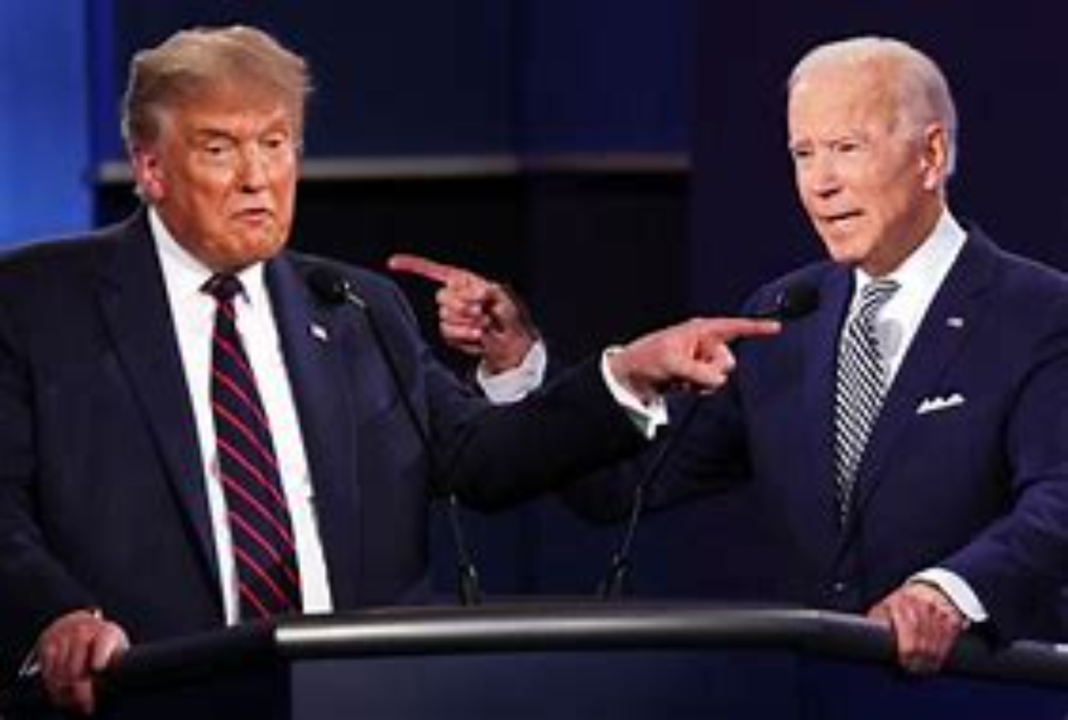 A new Des Moines Register/Mediacom Iowa Poll has some bad news for Joe Biden. In a hypothetical matchup between Trump and Biden in 2024, Trump is favored by eleven points. The real question should be whether or not either of the two men is going to run in 2024.

Both Joe Biden and Donald Trump have indicated they will run in 2024. Biden even told reporters in March during his first news conference that he plans to run for reelection but that was just two months into his term and what was he going to say at that point? Biden said, “The answer is yes, my plan is to run for reelection. That’s my expectation.” Since then his approval with voters has plummeted. There is a lot of buyer’s remorse out there.

Trump remains popular with Republican voters. Trump won Iowa in 2020 by eight percentage points over Biden – 53% to 45%. Trump has not left the stage since Biden was sworn in as president and he sure sounds as though he is seriously considering another run. Biden’s approval with Iowa voters is at its lowest ebb since taking office.

Likely voters in the 2024 election were asked: “If a vote for president of the United States were held today and the candidates were Donald Trump for the Republicans and Joe Biden for the Democrats, for whom would you vote?”

Trump’s 2024 lead among likely Iowa voters appears to be driven by support among independents.

Biden wins support among 95% of Democrats — slightly better than the 91% Trump earns among Republicans. But independents favor Trump by 8 percentage points, 45% to 37%.

The poll was taken with likely voters which is traditionally more reliable than one with registered voters. The really bad news here for Biden is that independents strongly favor Trump over Biden at this point. Biden has been losing support from independent voters at a stunning rate since he took office. Selzer polled 810 Iowa voters, of which 658 were identified as likely voters. The polling took place between November 7 to 10. There is a margin of error of plus or minus 3.4%, with the questions asked of likely voters having a 3.8% margin of error.

Here’s the kicker, though – while the poll sounds good for Trump, the conclusion that this is a sure thing for Trump if he decides to run is not so clear. There is room for support for another GOP candidate. The majority of Republican voters in the poll put the party over Trump. “61% say they are more aligned with the party compared to 26% who say they are more aligned with Trump. The margin of error for that question is plus or minus 6 percentage points.” This includes the two groups who have strongly supported Trump in the past, Iowans in rural areas and evangelical Iowans. So, Selzer thinks that leaves the door open for other Republicans interested in running.

“If I had a choice between Gov. (Ron) DeSantis or Donald Trump, that right there would be a hard decision for me,” said Franklin Troy Hommer, a poll respondent from Marion County and political independent. “But if you’re telling me that my two choices are Joe Biden or Donald Trump, I’m picking Donald Trump.”

Iowa’s first-in-the-nation Republican caucus status means that potential presidential candidates court Iowa voters to test the water ahead of making a decision on whether or not to run. For example, both DeSantis and Mike Pence have traveled to Iowa recently. They are the two Republicans who top the list of those who may run in 2024. Tom Cotton has also been there recently, appearing with Senator Chuck Grassley. Everyone knows the drill. Trump was in Iowa last month. He held a rally that drew thousands to the Iowa State Fairgrounds. Does anyone think that Joe Biden draws those kinds of crowds?

It’s very early to be talking about 2024 and neither man has officially announced their decisions. What this likely does is signal a strong showing for Republican candidates in the midterm elections. Biden is mired in crisis after crisis. He doesn’t inspire confidence that he can handle any of them, whether it is the pandemic, inflation, and supply chains, or the porous southern border. Biden is in over his head and unwilling to acknowledge that or to change course on any decisions. His withdrawal from Afghanistan also shows he is not to be trusted. He is not a man of his word. We still don’t have real numbers of how many Americans, green card holders, and Afghan helpers were left behind.

Biden has not returned to Iowa since he campaigned there in 2020. Jill Biden has traveled there, though. As I said, it’s very early yet to be drawing any firm conclusions. This poll does verify what we are seeing on a national level, that Biden is not at all popular and his touted ability to return the U.S. to “normal” has failed miserably.