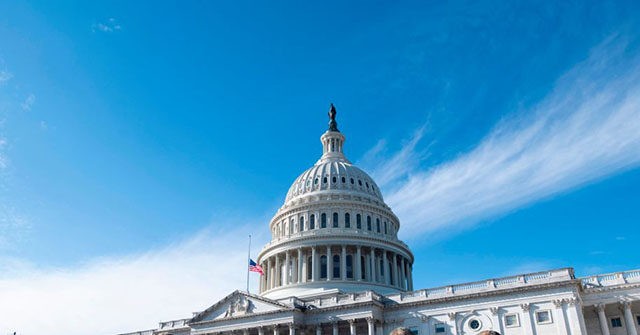 The District of Columbia National Guard is activating 250 members to support local law enforcement “in response to potential First Amendment demonstrations,” the agency announced Monday in a press release.

The request was made by the D.C. Metropolitan Police Department, which has already been responding to a week of protests in the nation’s capital, in response to other recent police-involved incidents.

The D.C. Guardsmen were requested to assist police with street closures and multiple intersections in order to provide safety in and around pedestrian areas, the release said.

The activation comes the same day that closing arguments were made in the trial of former Minneapolis police officer Derek Chavin, and ahead of potential protests against the verdict.

“We are prepared to help provide a safe environment for our fellow citizens to exercise their First Amendment right,” said Brig. Gen. Aaron R. Dean II, The Adjutant General of the D.C. National Guard.

“This is our home, and we are dedicated to the safety and security of our fellow citizens of the District and their right to safely and peacefully protest,” he added.

The activation is approved as needed through May 9.

Democrat activists and lawmakers have suggested that if Chauvin is not found guilty of the murder of George Floyd, then people should take to the streets.

She added: “And we’re looking to see if all of the talk that took place and has been taking place after they saw what happened to George Floyd, if nothing does not happen, then we know that we’ve got to not only stay in the street, but we’ve got to fight for justice.”

House Democrats impeached former President Donald Trump a second time after they claimed his use of the world “fight” incited his supporters to storm the Capitol building. Trump was acquitted by the Senate.

Court Rules Efforts To Recall Whitmer for being an awful governor...

John Durham:Dossier is a screed full of blatant Nonsense