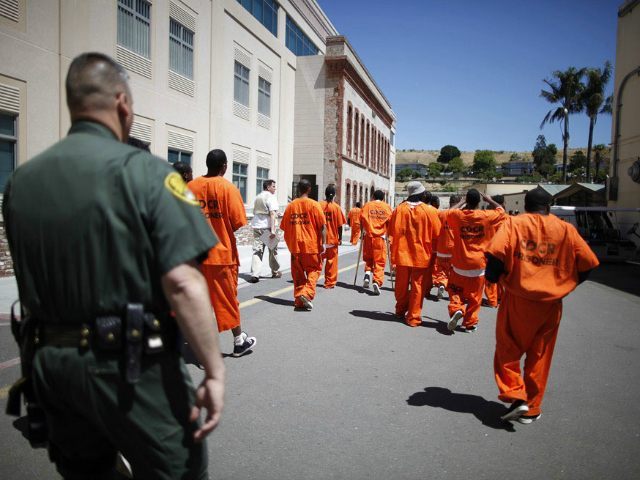 Two-hundred sixty-one California state prisoners have requested transfers to facilities that house the opposite gender since a new law went into effect on Jan. 1 — and 255 of them have requested to move from a male to a female corrections facility.

The law, SB 132, provides that a prisoner who self-identifies who is “transgender, nonbinary, or intersex” must be “addressed in a manner consistent with the incarcerated individual’s gender identity,” and be “housed at a correctional facility designated for men or women based on the individual’s preference.” The law applies “regardless of anatomy.” Governor Gavin Newsom signed the law last September, declaring on that occasion that “our march toward equality takes an additional step forward.”

The Los Angeles Times reported Monday that while only a few transfers have been approved thus far, none has been rejected:

Just over 1% of California’s prison population — or 1,129 inmates — have identified as nonbinary, intersex or transgender, according to the corrections department, populations that experience excessive violence in prison. A 2007 UC Irvine study that included interviews with 39 transgender inmates found that the rate of sexual assault is 13 times higher for transgender people, with 59% reporting experiencing such encounters.

So far, the prison system has transferred four inmates to the Chowchilla women’s prison, approved 21 gender-based housing requests and denied none. Of the 261 requests, all but six asked to be housed at a women’s facility.

Some prisoners are also concerned that inmates are making false claims about their gender identity in order to transfer to women’s prisons and say staffers have told them that this has slowed the process.

The Times adds that several inmates are thought to have applied “under false pretenses” and some female prisoners are afraid.

Women’s groups in Canada held a protest last month to urge the removal of biological males from women’s prison facilities.

Joel B. Pollak is Senior Editor-at-Large at Breitbart News and the host of Breitbart News Sunday on Sirius XM Patriot on Sunday evenings from 7 p.m. to 10 p.m. ET (4 p.m. to 7 p.m. PT). He is the author of the recent e-book, Neither Free nor Fair: The 2020 U.S. Presidential Election. His recent book, RED NOVEMBER, tells the story of the 2020 Democratic presidential primary from a conservative perspective. He is a winner of the 2018 Robert Novak Journalism Alumni Fellowship. Follow him on Twitter at @joelpollak.