Home Politics 4 Black men wrongly accused of rape have been exonerated After more... 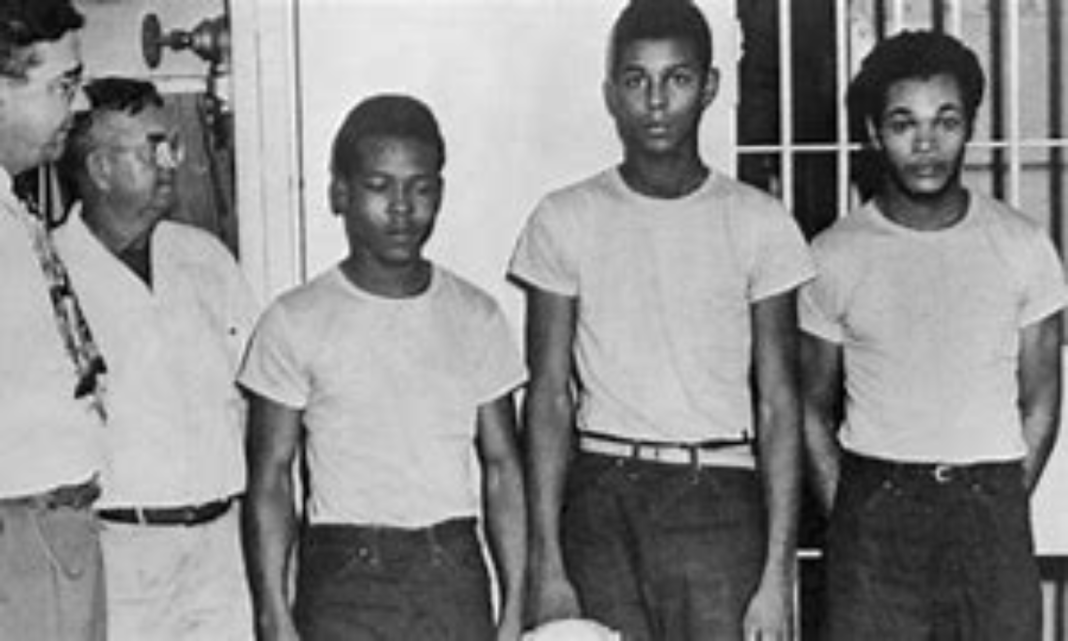 FORT LAUDERDALE, Fla. — A judge on Monday officially exonerated four young African American men of the false accusation that they raped a white woman seven decades ago, making partial and belated amends for one of the greatest miscarriages of justice of Florida’s Jim Crow era.

At the request of the local prosecutor, Administrative Judge Heidi Davis dismissed the indictments of Ernest Thomas and Samuel Shepherd, who were fatally shot by law enforcement, and set aside the convictions and sentences of Charles Greenlee and Walter Irvin. The men known as the Groveland Four, who ranged from 16 to 26 at the time, were accused of raping a woman in the central Florida town of Groveland in 1949.

“We followed the evidence to see where it led us and it led us to this moment,” said Bill Gladson, the local state attorney, following the hearing in the same Lake County courthouse where the original trials were held. Gladson, a Republican, moved last month to have the men officially exonerated.

The men’s families said maybe this case will spark a reexamination of other convictions of Black men and women from the Jim Crow era so those falsely convicted can have their names cleared.

Thomas was killed by a posse that shot him more than 400 times shortly after the rape accusation. The local sheriff, Willis McCall, fatally shot Shepherd and wounded Irvin in 1951 as he drove them to a second trial after the U.S. Supreme Court overturned their original convictions, saying no evidence had been presented. The sheriff claimed the men tried to escape, but Irvin said McCall and his deputy shot them in cold blood.

Gilbert King, who won the Pulitzer Prize for his 2012 book about the case, “Devil in the Grove: Thurgood Marshall, the Groveland Boys, and the Dawn of a New America,” attended the hearing with Thurgood Marshall Jr., the son of the late U.S. Supreme Court justice.

Thurgood Marshall Sr., then with the NAACP, represented Irvin during his second trial, but an all-white jury again convicted him and he was sentenced to death. Irvin narrowly escaped execution in 1954 and Gov. LeRoy Collins commuted his sentence to life with parole. Greenlee, also sentenced to life, was paroled in 1962 and died in 2012. Irvin died in 1969, one year after he was paroled.

King said having the men exonerated in the same building where the trials were held was “of significant importance because upstairs there was a courtroom where 72 years ago (an) abomination of justice took place.” He praised Gladson for pursuing justice.

“He could have easily kicked this case down the road and let someone else deal with it,” King said. “Even when it got frustrating and he felt there was no path toward this day, he dug in harder.”

Marshall Jr. said that, perhaps more than any other case, the Groveland Four “haunted” his father.

“But he believed better days were ahead,” Marshall Jr. said.

The Florida Legislature in 2017 formally apologized to the men’s families. Gov. Ron DeSantis and the state’s three-member Cabinet granted posthumous pardons more than two years ago. In 2018, then-Florida Attorney General Pam Bondi directed the state Department of Law Enforcement to review the case. Earlier this year, the agency referred its findings to Gladson for his review.

Gladson and an investigator interviewed the grandson of Jesse Hunter, the now-deceased prosecutor of two of the Groveland Four defendants. According to the grandson, Broward Hunter, his grandfather and a judge in the case knew there was no rape.

The grandson also suggested to Gladson, based on letters he found in his grandfather’s office in 1971, that Willis may have shot Shepherd and Irvin because of the sheriff’s involvement in an illegal gambling operation. Shepherd was believed to be involved with the gambling operation too, and Willis might have seen a rape case as a “a way to get some people that were on his s— list,” Hunter told the prosecutor and investigator.

Gladson also said that James Yates, a deputy who served as a primary witness, likely fabricated evidence, including shoe casts.

The prosecutor also had Irvin’s pants sent to a crime lab in September to test for semen, something that was never done at Irvin’s trial, even though jurors were given the impression that the pants were stained. The results showed no evidence of semen, the motion said.

“The significance of this finding cannot be overstated,” Gladson said in his motion.

What made Cuomo’s Resignation possible