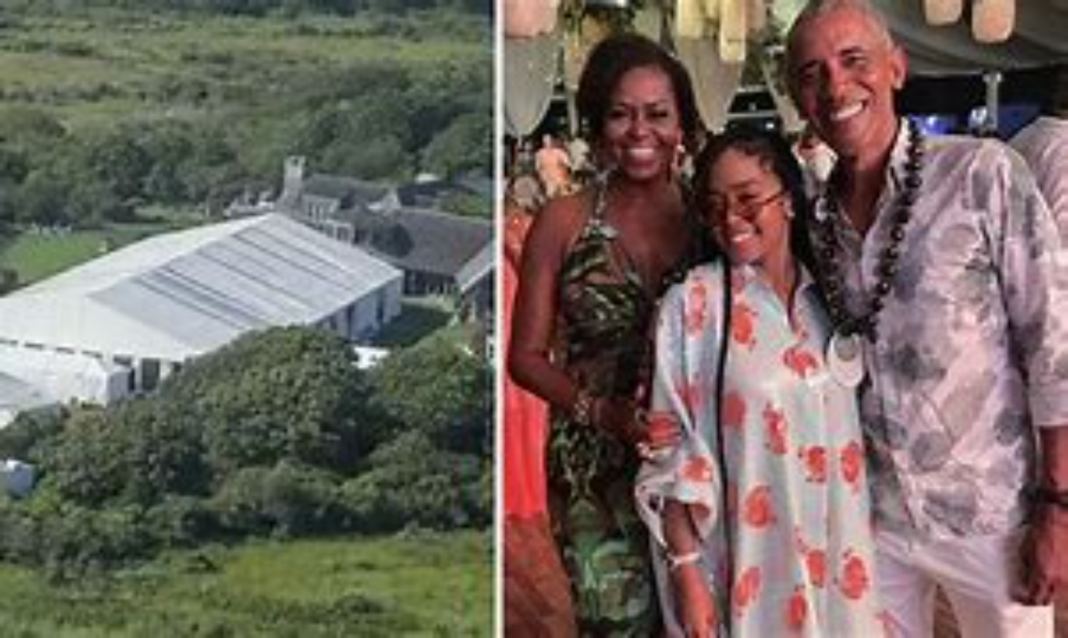 The “Obama Variant” has descended onto Martha’s Vineyard following his pompous 60th birthday bash that included around 400 of the world’s self-identified elites gathered to celebrate their progressive savior.

In an exclusive report by the DailyMail, they found that at least 63 people have tested positive with Covid on the island since Obama and his “sophisticated” super-spreaders galavanted around – all weekend long.

The Obama variant is in full swing.

63 people in Martha’s Vineyard test positive for Covid since Obama’s https://t.co/r3nyFA04l3 via @MailOnline

There has been an increase in cases each day since the weekend ended. Six people tested positive Sunday, seven Monday, 10 Tuesday, 13 Wednesday and 18 Thursday.

The number of positive tests was the most they have seen in a week since back in April – Almost half of them were individuals who are fully vaccinated.

THEY LAUGH AT YOU: Obama and Liberal Elites Spotted Maskless at His Swank Birthday Gala on Martha’s Vineyard as Rest of the Country Hunkers Down in Pandemic

Citing their purported fears over the spread of new variants, Obama and the mainstream media announced his party would be scaled back and limited to close friends and family.

Yet hundreds flew into the small town from around the world to attend the event.

But despite the ex-president’s insistence that he had disinvited everyone but his family and close friends, 300 to 400 people showed up to his party, everyone from Jay Z and Beyonce to Chrissy Teigen and John Legend, a staffer working the event told DailyMail.com.

Many of the guests flew in by private jet and stayed in Edgartown, the center of the island’s COVID resurgence.

The Saturday night party wasn’t the only biohazard these hypocrites were a part of. Some guests arrived as early as Thursday to attend a dinner at the Barn Bowl & Bistro. The rest came on Friday to join a larger kick-off celebration at the swanky Winnetu Oceanside Resort. He followed up his birthday party super-spreader with gathering on Sunday at Beach Road restaurant under a specially-built marquee that allowed guests to fawn in peace away from the little people.

They partied all weekend while mask mandates have been reinstated at many bars and restaurants throughout the island.

Rules for thee but not for me.

“This Is a Sophisticated, Vaccinated Crowd” – NY Times Hack Defends Obama’s Maskless B-Day Extravaganza by Pointing Out the Elitist Nature of the Crowd (VIDEO)

The 4-day binge left many of the residents upset even though Obama had hired a ‘coronavirus coordinator’ and supposedly tested anyone who attended his gatherings.

This is just the latest proof that if the left did not have double standards, they would not have any standards at all.