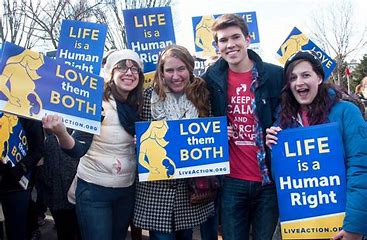 “When it comes to the direction of government policy, there has been consistency and consensus in American public opinion on the issue of abortion over the decades,” Dr. Barbara Carvalho, director of the Marist Poll, said in a press release on the results.

“As we await a decision in the Supreme Court case Dobbs v. Jackson Women’s Health Organization, our polling continues to show that over 60% of Americans reject the central holding of Roe v. Wade, and want to return the decision to the states or make abortion illegal,” Knights of Columbus Supreme Knight Patrick Kelly said in the release. Dobbs v. Jackson centers on whether all pre-viability restrictions on elective abortion are unconstitutional.

The Knights of Columbus-Marist poll does not just ask Americans whether or not they support Roe v. Wade or whether they identify as “pro-life” or “pro-choice,” but rather presents in-depth questions about abortion issues, probing Americans’ public policy opinions rather than identity markers.

“When asked about their actual opinion, 71% of Americans support real restrictions that are more pro-life than federal law and the laws of many states,” Timothy Saccoccia, vice president at the Knights of Columbus, said on a press call regarding the poll. He noted that 54% of Americans identify as “pro-choice,” but this label does not translate to a support to unlimited abortion.

Most Americans (71%) said that abortion should be restricted to the first three months of pregnancy (22%) or in other limited circumstances such as rape and incest (28%), to save the life of the mother (9%) or not at all (12%). Only 17% of Americans said abortion should be available during an entire pregnancy and 12% said it should be restricted to the first six months.

Biden’s attendance at Mass with Pope Francis was nixed