Roce Today – Politics, Opinions, Gun Rights,Pro-Life and Border Wall
Home Politics The MTG inquisition has really been something to see 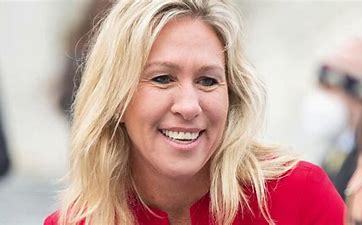 Few things seem to upset Democrats these days as much as Georgia Republican Congresswoman Marjorie Taylor Greene showing up in the news. In case you somehow missed the story, with the Republican primary coming up next month in the Peach State, Georgia Democrats are so desperate to get Greene off the stage that they have cooked up a plan to try to keep her off the ballot and declare her “ineligible” for another term in the seat she already holds. The basis for this claim is an obscure section of the 14th Amendment. Democrats claim that Greene “helped facilitate an insurrection or rebellion” ahead of the January 6, 2021, Capitol Hill riot. During hearings held Friday in Atlanta, Greene was acting “hostile” during questioning according to the Associated Press.

U.S. Rep. Marjorie Taylor Greene was hostile during testimony Friday in a hearing on her eligibility to run for reelection, saying she did not remember liking and making various social media posts surrounding the attack on the U.S. Capitol last year and accusing an opposing lawyer of using chopped videos and twisting her words.

Voters in the Georgia congresswoman’s district have said Greene helped facilitate the Jan. 6, 2021, insurrection that disrupted certification of President Joe Biden’s victory, making her ineligible for reelection under a rarely cited section of the 14th Amendment dealing with “insurrection or rebellion.”

But Greene — who, the day before the Capitol riot, proclaimed on TV that this is “our 1776 moment” — testified that she’s never endorsed violence.

Of course she was acting “hostile.” How would you react if you had to sit there and listen to hours of this sort of claptrap?

The entire premise of these hearings borders on the absurd. By accusing Greene of taking part in an “insurrection,” they are accusing one of the people who was hiding in the hallways inside of the Capitol after the rioters broke down the doors. Even if you believe that the riot actually qualifies as an “insurrection” instead of a riot (a dubious claim at best), Greene wasn’t out on the steps breaking in. She was one of the people who were in danger of running afoul of the trespassers.

Of course, the people accusing Greene of this heinous charge aren’t foolish enough to claim that she took part in the riot. They are basing these charges on social media posts she either made or “liked” and interviews she gave ahead of the riot. In other words, she’s being accused of insurrection or rebellion in the form of… talking. As her attorneys have already pointed out during these hearings, Greene has the same right as anyone else to engage in protected political speech.

Most of the people who engaged in property destruction and assaults on law enforcement personnel during that event were clearly guilty of rioting. (The majority of the others should be able to be charged with trespassing at most.) They need to be held accountable for that and essentially all of them either have or are awaiting trial. Greene was supposed to be there. That’s her job.

What’s really happening here should be obvious. The Democrats are trying to cancel Greene by canceling the primary process. Rather than allowing the voters to make their own choice, they are so terrified of Greene that they are willing to take these extraordinary and probably illegal steps to keep her off of the ballot. If this panel approves the idea and Secretary of State Brad Raffensperger (who is a never-Trumper himself) actually agrees to order her name removed from the ballot, he’s going to have a lot to answer for. If the voters find Greene’s actions or even words unacceptable, they will be able to make that clear at the ballot box. But to block a sitting member of Congress from the ballot using this sort of kangaroo court is a sham.

Biden: It’s time for the EU to become a global military...