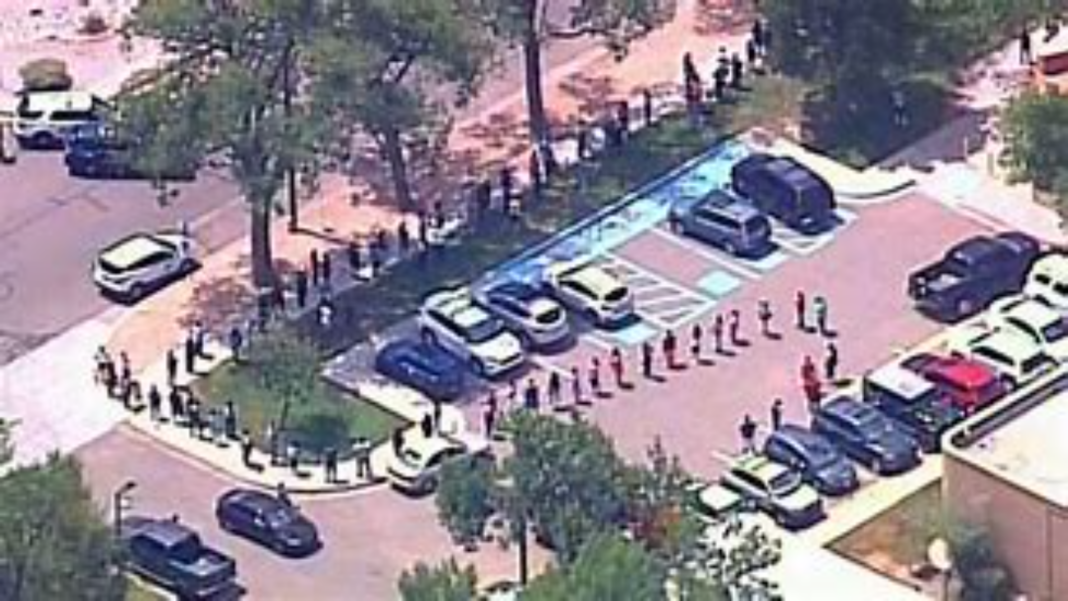 One student was killed by another in a shooting at a middle school in Albuquerque, New Mexico, on Friday.

The shooting took place at about 12:45 p.m. local time between two male students during a lunch break outside Washington Middle School. Friday was just the third day of classes for the school district.

Police were unsure what grade the students were in, but said they were both approximately 13 years old.

No one else was injured in the shooting, which took place outside the school building near the track.

“It’s just a terrible day for APS, terrible day for this community,” Scott Elder, superintendent for Albuquerque Public Schools, said at a press conference. “I want to send out my thoughts and prayers. … I want to also say thank you to the staff at Washington Middle School who showed tremendous strength and courage … especially our school resource officer who ran toward the situation and tried to de-escalate the situation.”

Albuquerque police said at a press conference they were unsure how many shots were fired and what caused the incident.

The school was initially locked down and parents were then advised to come pick up their children.

Eighth grader Amari Asbury, who spoke to Albuquerque ABC affiliate KOAT with his mother’s permission, said there was a fight when one student pulled out the gun.

“He brought out the gun, cocked it, and all you hear is boom, boom, boom,” Asbury said. “Everybody just starts running.”

In a statement, the New Mexico Public Education Department said: “Today’s tragic event at Washington MS in Albuquerque means the terrible scourge of school violence has landed on our doorstep. While many details are still unknown, we do know that shots were fired, that a child is dead, & that someone is in custody. We can only imagine the terror felt by students, teachers and staff as they took cover in a place where they should feel safe.”