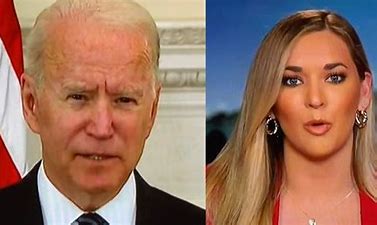 I guess we can’t expect a lot from Joe Biden.

The guy can’t put on his shoes with help, so how on earth could he keep track of important dates?

So, is it really a surprise that Biden never mentioned a single word about D-Day on Monday?

No. Not really…. because besides having what appears to be a raging case of Dementia, Joe Biden is also a New World Communist, and remembering heroic American things, just isn’t part of his playbook.

Here’s what Katie said: “It’s nearly 3:30 pm in Washington D.C. and no statement from Biden about D-Day…”

It’s nearly 3:30 pm in Washington D.C. and no statement from Biden about D-Day…

What a mess this admin is…

Let me remind you what President Trump said about D-day:

But, President Trump was a real leader, elected by the people, so we’d expect something like this from him.

With Joe, this is all we get.

“Perhaps he was rooting for the other side?”

“His staff probably doesn’t know what it is!”

“If it isn’t on Facebook, his staff will never know what day it is. Sad that a recent Quinnipiac poll found 38% of today’s youth would flee US if our nation was attacked. Greatest generation is rolling in their graves.”

“He can’t speak unless it’s on the teleprompter”

“He didn’t acknowledge it last year either”

“He heard D Day and is waiting for the donuts”

“Because his staffers know nothing about d day or care about it. So won’t tell him.”

“He can’t remember what he ate for breakfast & he’s gonna remember D Day??”

“They pulled those statues down. If they don’t know about it, it never happened”

Instead of talking about D-Day, Biden decided to gaslight the country with lies about the sucky economy and spit in the faces of everyone who’s suffering right now.

President Biden: “Part of the reason I ran for president is because I was tired of trickle-down economics. It doesn’t work. My plans have produced the strongest, fastest, most wide-spread economic recovery America has ever experienced with record jobs.” pic.twitter.com/Nea3wuKpOd

Word to the wise: lifting covid restrictions and letting people go back to work should never be confused with “job creation.”

Democrats:Progressive vs Moderates on infrastructure votes