Roce Today – Politics, Opinions, Gun Rights,Pro-Life and Border Wall
Home Politics A doctoral student may have discovered fossils from the day the dinosaurs... 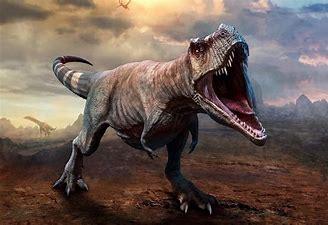 This story isn’t exactly breaking news since it’s about something that happened 66 million years ago, but there is a reason it’s getting fresh attention now. Next week the BBC is releasing a special narrated by David Attenborough titled “The Day the Dinosaurs Died.” The special focuses on a unique dig site in North Dakota called Tanis where evidence suggests a jumble of fossils were formed on the day a large asteroid struck the earth about 66 million years ago. This vivid description of that day comes from an article published in 2019:

If, on a certain evening about sixty-­six million years ago, you had stood somewhere in North America and looked up at the sky, you would have soon made out what appeared to be a star. If you watched for an hour or two, the star would have seemed to grow in brightness, although it barely moved. That’s because it was not a star but an asteroid, and it was headed directly for Earth at about forty-five thousand miles an hour. Sixty hours later, the asteroid hit. The air in front was compressed and violently heated, and it blasted a hole through the atmosphere, generating a supersonic shock wave. The asteroid struck a shallow sea where the Yucatán peninsula is today. In that moment, the Cretaceous period ended and the Paleogene period began.

A few years ago, scientists at Los Alamos National Laboratory used what was then one of the world’s most powerful computers, the so-called Q Machine, to model the effects of the impact. The result was a slow-motion, second-by-second false-color video of the event. Within two minutes of slamming into Earth, the asteroid, which was at least six miles wide, had gouged a crater about eighteen miles deep and lofted twenty-five trillion metric tons of debris into the atmosphere. Picture the splash of a pebble falling into pond water, but on a planetary scale. When Earth’s crust rebounded, a peak higher than Mt. Everest briefly rose up. The energy released was more than that of a billion Hiroshima bombs, but the blast looked nothing like a nuclear explosion, with its signature mushroom cloud. Instead, the initial blowout formed a “rooster tail,” a gigantic jet of molten material, which exited the atmosphere, some of it fanning out over North America. Much of the material was several times hotter than the surface of the sun, and it set fire to everything within a thousand miles. In addition, an inverted cone of liquefied, superheated rock rose, spread outward as countless red-hot blobs of glass, called tektites, and blanketed the Western Hemisphere…

The asteroid was vaporized on impact. Its substance, mingling with vaporized Earth rock, formed a fiery plume, which reached halfway to the moon before collapsing in a pillar of incandescent dust. Computer models suggest that the atmosphere within fifteen hundred miles of ground zero became red hot from the debris storm, triggering gigantic forest fires. As the Earth rotated, the airborne material converged at the opposite side of the planet, where it fell and set fire to the entire Indian subcontinent. Measurements of the layer of ash and soot that eventually coated the Earth indicate that fires consumed about seventy per cent of the world’s forests. Meanwhile, giant tsunamis resulting from the impact churned across the Gulf of Mexico, tearing up coastlines, sometimes peeling up hundreds of feet of rock, pushing debris inland and then sucking it back out into deep water, leaving jumbled deposits that oilmen sometimes encounter in the course of deep-sea drilling.

The layer of ash deposited worldwide is visible in sediments around the world and is known as the KT boundary. Scientists have searched for years for fossils formed near the time of the impact but they are extremely rare. So rare that some scientists have speculated the dinosaurs may have been nearly extinct because of volcanic eruptions by the time the asteroid hit. Now it appears that at Tanis we have a record of the exact day of the impact.

We see a fossil turtle that was skewered by a wooden stake; the remains of small mammals and the burrows they made; skin from a horned triceratops; the embryo of a flying pterosaur inside its egg; and what appears to be a fragment from the asteroid impactor itself…

The remains of animals and plants seem to have been rolled together into a sediment dump by waves of river water set in train by unimaginable earth tremors. Aquatic organisms are mixed in with the land-based creatures.

If the name of the dig site, Tanis, sounds familiar that’s because it was named that after the city of Tanis which appeared as the last resting place of the ark of the covenant in Raiders of the Lost Ark. The man who gave it that name is a paleontologist named Robert DePalma who hasn’t yet completed his PhD. Despite this, the evidence to support the idea that this site was created on that day has been piling up. The most important bit of evidence is the appearance of microtektites found in the gills of fossilized fish at the site.

The sturgeon and paddlefish in this fossil tangle are key. They have small particles stuck in their gills. These are the spherules of molten rock kicked out from the impact that then fell back across the planet. The fish would have breathed in the particles as they entered the river.

The spherules have been linked chemically and by radiometric dating to the Mexican impact location, and in two of the particles recovered from preserved tree resin there are also tiny inclusions that imply an extra-terrestrial origin.

Robert DePalma co-wrote some papers about the site in 2017 but it didn’t really become public knowledge until 2019 when novelist Douglas Preston wrote an article about Tanis for the New Yorker (which is where that description of the impact above comes from).

Preston who has written non-fiction books as well as detective thrillers had been in contact with DePalma ever since the paleontologist had contacted him more than a decade ago after reading one of his fictional books about the discovery of a T Rex skeleton killed by the asteroid impact. In 2013, Preston became the 5th person in the world to know about the site and what had been found there, though he admitted at the time he suspected DePalma must be exaggerating or simply wrong.

On August 5, 2013, I received an e-mail from a graduate student named Robert DePalma. I had never met DePalma, but we had corresponded on paleontological matters for years, ever since he had read a novel I’d written that centered on the discovery of a fossilized Tyrannosaurus rex killed by the KT impact. “I have made an incredible and unprecedented discovery,” he wrote me, from a truck stop in Bowman, North Dakota. “It is extremely confidential and only three others know of it at the moment, all of them close colleagues.” He went on, “It is far more unique and far rarer than any simple dinosaur discovery. I would prefer not outlining the details via e-mail, if possible.” He gave me his cell-phone number and a time to call.

I called, and he told me that he had discovered a site like the one I’d imagined in my novel, which contained, among other things, direct victims of the catastrophe. At first, I was skeptical. DePalma was a scientific nobody, a Ph.D. candidate at the University of Kansas, and he said that he had found the site with no institutional backing and no collaborators. I thought that he was likely exaggerating, or that he might even be crazy. (Paleontology has more than its share of unusual people.) But I was intrigued enough to get on a plane to North Dakota to see for myself.

If there is actually a most interesting man in the world Douglas Preston is probably near the top of that list. In addition to being the first to learn about the discovery at Tanis, he also helped discover a real lost city in the jungles of Honduras.

In any case, there are of course critics of DePalma and his findings. The fact that he doesn’t have his PhD and published many of his findings via the New Yorker rubbed some senior paleontologists the wrong way. I’m going to tune in to the BBC special to see how they frame it. There doesn’t seem to be a promo video for the BBC special but here’s a short PBS story about DePalma and Tanis from 2019.

Ashli Babbitt: Officer Who killed her Will Not Face justice

Austrian Ex-Minister Who Danced With Putin Gets Rosneft Nomination