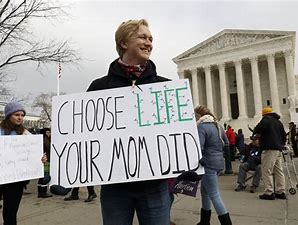 When Planned Parenthood, NARAL, and Guttmacher are on red alert, you know the pro-life movement is making major advances.

According to the pro-abortion Guttmacher Institute – originally the research arm of Planned Parenthood – 2021 is on track to the most impactful year of pro-life legislation in decades.

Since January, 536 abortion regulations have been proposed across 46 states. In the words of Guttmacher, “A whopping 61 of those restrictions have been enacted across 13 states, including eight bans.”

This past week alone has been the single most productive week for pro-lifers in at least a decade. Between April 26 and April 29 alone, 28 pro-life bills were signed into law. Here are just a few of the newest pro-life victories:

Arizona Gov. Doug Ducey signed SB 1457 into law, banning abortions based on a prenatal diagnosis of genetic abnormality, including Down syndrome.

Oklahoma Gov. Kevin Stitt followed suit with HB 2441, with classifies a doctor performing an abortion after the heartbeat is detectable as “unprofessional conduct.”

Montana Gov. Greg Gianforte signed HB 136, prohibiting abortions of babies capable of feeling pain. Other Montana laws include requiring a pregnant women be offered the option of viewing an ultrasound prior to an abortion and additional protective requirements surrounding chemical abortion.

This momentum shows a true desire for a post-Roe America, and we can’t let up. We’ve seen the powerful impact we can have on the local level, even during times of extreme opposition.

Faced with a radically pro-abortion Administration and Congress, we need to unite our voices for the unborn. While the states fight to preserve the rights of the unborn, the House is currently stripping survivors of abortion – newborn infants –  of access to medical care. At the same time, the Senate is seeking to redirect millions of COVID relief funds to the abortion lobby. We cannot let these injustices continue. We need YOUR voice!

Join the March for Life Activist Network to stay up to date on all pro-life legislation happening in your state and across the country.

In the last year, virtual advocacy has exploded, and more people than ever are contacting their lawmakers online about important issues. By joining our Activist Network, you will receive pro-life alerts with action items throughout the year so that you can use your voice to defend life!