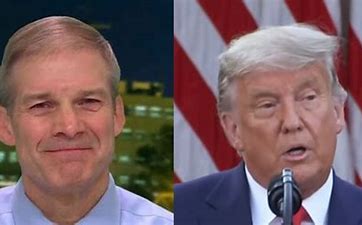 It’s official: We’ve passed the halfway-point of the midterm primary season. With 28 states’ candidates decided, we’re getting a sense of what Republicans can expect on Nov. 8th. And so far, it’s looking promising.

The trend was seen across the state as they nominated businessman and outsider Joe O’Dea to be the GOP senate nominee. And in New York, Republicans sent a clear message nominating Lee Zeldin for governor: They’re fed up with the corruption and scandal from Albany Democrats.

In Ohio, turnout in the primary race was an early indicator that momentum is on our side. The Buckeye State saw the highest turnout ever in a midterm primary and Republican voters outnumbered Democrats twice over. A look at demographics makes this trend even more interesting: Nearly three times as many first-time Republican primary voters cast ballots in the Republican primary as Democrats.

And they aren’t voting for just any candidate, either. They’re throwing their support behind conservative fighters like U.S. Senate Candidate J.D. Vance, who won the top six counties with new Republican voters. Once a swing state, Ohio is now solidly red.

A similar story unfolded in Georgia where Democrats’ lies about the state’s new election integrity law crumbled before their eyes. For months, they falsely claimed it was racist and insisted it would suppress minority turnout. President Joe Biden smeared it as “Jim Crow in the 21st Century.” The MLB even pulled their All-Star Game out of Atlanta, costing the community tens of millions of dollars and hurting minorities the most.

But on election day, the opposite of their predictions came true. More than 1.9 million Georgians voted in the state’s primary elections this year, up 65% from 2018. Many of these were minority voters: 102,056 more Black voters cast early ballots in the 2022 primary elections than in 2018 — more than tripling.

Thanks to Georgia’s strengthened voter ID laws, expanded early voting hours on weekends, better maintenance of voter rolls and banned ballot harvesting, Georgians have confidence that their vote will be counted accurately and fairly. As a result, they’re showing up.

And earlier this month, Republican Mayra Flores flipped Texas’s 34th congressional district, making her the first Mexican-born U.S. Congresswoman. Flores hails from what was the deep-blue Rio Grande Valley, which is 84% Hispanic and a district Democrats won by 13% in 2020.

Flores’ victory has Democrats playing the blame game about what went wrong. But the reason is obvious. Their radical agenda is blatantly out of step with south Texas values: strong families, protection of life, safe communities and religious faith. Democrats have left them behind; now they’re leaving Democrats.

All of this has Democrats worried, and for good reason. Voters they long took for granted are looking for a new political home, and they’re finding it in the GOP. While Democrats rail about left-wing gender ideology and divisive race-based propaganda, the Republican Party has been hard at work bringing fresh ideas and a positive vision to a new audience.

We’re holding Democrats accountable for their destructive agenda, from surging prices for gas and groceries to an out-of-control border that’s letting crime and lethal drugs pour in. We’re broadening our base because our ideas transcend all backgrounds.

Our message is resonating — and it’s already showing at the ballot box.

Ronna McDaniel is the chairwoman of the Republican National Committee.

Poll:Heartbeat Bill Is Popular among Texans