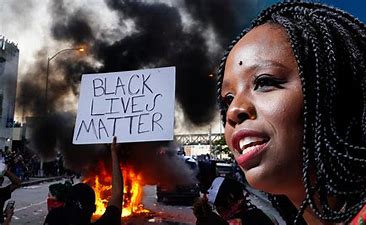 I’ve written about Zac Kriegman before. He’s a former Director of Data Science for Reuters who was fired after he challenged some of the assumptions behind the claims made by Black Lives Matter proponents. Today, Bari Weiss published Kriegman’s first hand account of how he changed his mind about BLM and what happened when he brought those concerns to his co-workers in the form of a 12,000 word argument posted on an internal discussion board.

In 2020, I started to witness the spread of a new ideology inside the company. On our internal collaboration platform, the Hub, people would post about “the self-indulgent tears of white women” and the danger of “White Privilege glasses.” They’d share articles with titles like “Seeing White,” “Habits of Whiteness” and “How to Be a Better White Person.” There was fervent and vocal support for Black Lives Matter at every level of the company. No one challenged the racial essentialism or the groupthink.

This concerned me. I had been following the academic research on BLM for years (for example, here, here, here and here), and I had come to the conclusion that the claim upon which the whole movement rested—that police more readily shoot black people—was false.

Kriegman points to the frequently cited Washington Post database of shootings which found that while more white people are shot in any given year than black people the ration doesn’t match those groups percentage of the overall population. However, Kriegman argues that this probably isn’t a very realistic way to judge the question. And here he cites a post by Patterico arguing that shootings are not disproportionate if you look at who constitutes an actual threat to police officers.

That’s his thesis and comparing FBI crime data to the Post’s data he finds a rough match:

According to the table [FBI crime data], from 2010-2019, there were 537 known offenders in situations where law enforcement officers were feloniously killed. Of that number, 199 (the highlighted number) of the killers were black, meaning 37% of known killers of police are black.

Meanwhile, my analysis of the Washington Post police shootings database (see the end of this email for details) shows that 136 of 402 “unarmed” people fatally shot by police have been black. That means 34% (136/402) of unarmed police shooting victims are black…

I did a breakdown by sex as well. This breakdown shows that 93% of “unarmed” people killed by police since 2015 have been male. But males are a little less than 50% of the U.S. population. Is this evidence of systemic sexism against males?!? No. Not when you consider that, according to FBI statistics, fully 97.3% of known cop killers are male.

There has been only one study that has looked at the rate at which police use lethal force in similar circumstances across racial groups. It was conducted by the wunderkind Harvard economist Roland Fryer, who is black, grew up poor, had his fair share of run-ins with the police and, initially, supported BLM. In 2016, Fryer, hoping to prove the BLM narrative, conducted a rigorous study that controlled for the circumstances of shootings—and was shocked to find that, while blacks and Latinos were likelier than whites to experience some level of police force, they were, if anything, slightly less likely to be shot. The study generated enormous controversy.

So after looking at information like this, Kriegman started to have a problem with some of the things Reuters was reporting in its stories:

In one story, Reuters reported on police in Kenosha, Wisconsin shooting a black man, Jacob Blake, in the back—but failed to mention that they did so only after he grabbed a knife and looked likely to lunge at them.

In another story, Reuters referred “to a wave of killings of African-Americans by police using unjustified lethal force,” despite a lack of statistical evidence that such a wave of police killings had taken place. (In 2020, 18 unarmed black Americans were killed by police, according to The Washington Post database.)

And in yet another, Reuters referred to the shooting of Michael Brown as one of a number of “egregious examples of lethal police violence,” despite the fact that an investigation conducted by the Justice Department—then run by Barack Obama’s Attorney General Eric Holder—had cleared the police officer in question of all wrongdoing.

Finally, he decided to speak up and wrote a 12,000 word argument criticizing BLM which he posted on an internal message board called “the Hub.” Within a couple of hours it was taken down and when Kriegman asked HR why, he was told to speak to the diversity officer. He met with the diversity officer who didn’t seem to have read his argument and claimed not to be involved with removing it.

Eventually, HR agreed to restore his argument on the Hub after he agreed to remove all references to “systemic racism.” But soon after it went up the comments attacking him started coming from other white employees.

A handful of BLM supporters, all of them white, said that, as a white person, I had no place criticizing BLM. They called my review of the academic literature “whitesplaining” (failing to note that many of the academics I cited were black). I was publicly derided as a “troll,” “confused,” “laughable,” and “not worth engaging with or even attempting to have an intelligent conversation” with. One colleague said: “I do not believe that there is any point in trying to engage in a blow-by-blow refutation of your argument, and I will not do so. My unwillingness to do so doesn’t signal the strength of your argument. If someone says, ‘The KKK did lots of good things for the community—prove me wrong,’ I’m not obligated to do so.”

Kriegman said it became clear very fast that no one would be asked to moderate their criticism of him. Instead, what was happening to him would be an example to others not to criticize the BLM narrative. When he pointed out to HR that some of the messages to him were abusive, they removed his post on the grounds that it was attracting unprofessional comments from his colleagues. Why not rebuke the people leaving the comments instead of silencing the target of those comments? That didn’t seem to occur to the HR folks at Retuers.

A few days later Kriegman was fired. He concludes: “Most of us don’t understand how deeply compromised our news sources have become. Most of us have no idea that we are suffused with fictions and half-truths that sound sort of believable and are shielded from scrutiny by people whose job is to challenge them.”