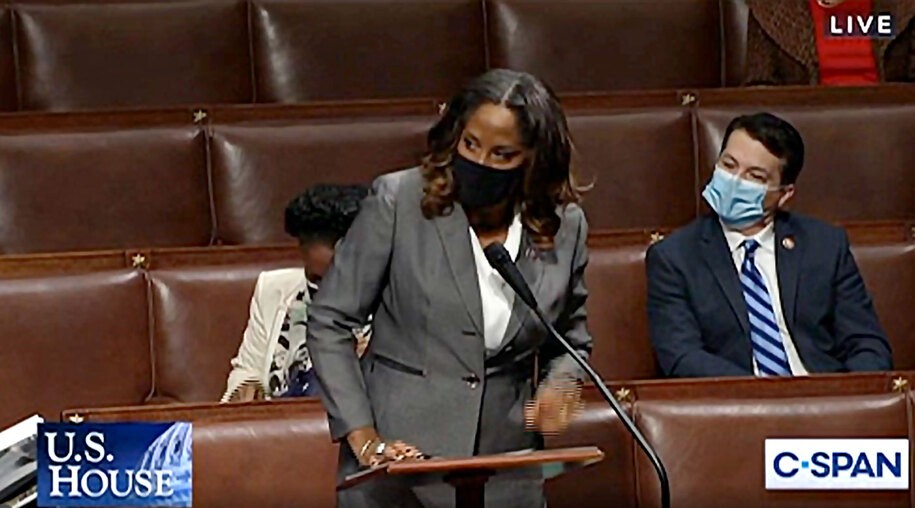 On Wednesday, after weeks of Republican Party uselessness with next to no ideas on how to provide relief for families, children, businesses, and Americans living during the time of COVID-19, the House of Representatives passed the American Rescue Plan. It passed along party lines 220-211. Before the vote was taken, representatives from both sides of the aisle were allowed to make their remarks about why we needed to pass this bill and why we shouldn’t pass this bill. The Republican Party, which has offered nothing during this process, mostly tried on new sound bites that they hope will form a campaign line in 2022.

One of the Republicans allowed to speak during this time was Republican Rep. Glenn Grothman of Wisconsin. Grothman got up to give his random set of talking points, which he delivered with his signature stilted common man patois and amounted to, “We’re giving too much money to people and it will cause inflation.” Also, Grothman had a super racist thing to say about the Black Lives Matter movement. Speaking to the “increase in the earned income tax credit for single people,” Grothman claimed the American Rescue Plan “has a marriage penalty in it.” We will get back to this misrepresentation of reality in a moment, but what brought on the ire of anyone listening to Grothman’s grandstanding was how he attempted to connect the concern for Black lives and the Black Lives Movement with some attack on family values. “I bring it up because I know the strength that Black Lives Matter had in this last election. I know it’s a group that doesn’t like the old-fashioned family.”

Wow. What a strange, racist thing to say that’s not even remotely based in a fake kernel of a fake fact. Congresswoman Stacey Plaskett of the Virgin Islands could be heard responding to this true debasement of rhetoric as Grothman yielded his time, and she came up to address it. Clearly throwing away her prepared notes, Plaskett made sure Grothman knew exactly what she thought of him and his racism.

In Praise of Real Journalism on Protests at Justices’ Homes