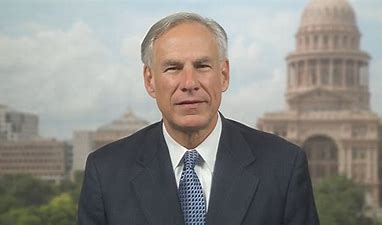 The battle at the border is underway.

Joe Biden and his communist admin are doing all they can to destroy this country by flooding it with an entirely new and illegal voting block, and the rest of us are trying to save what’s left of the United States, by restoring law and order.

And in doing that, some Republicans have had to get creative… like Texas Governor Abbott, who is now bussing illegal aliens from Texas, where they’re being dropped off in the middle of the night, to the DC Capitol… and his plan is actually working.

Bizpacreview reported that Texas Governor Greg Abbott’s (R) plan to transport illegal immigrants from the Lone Star state to Washington, D.C. via bus is apparently already making an impact as local officials report that after some busses have been dispatched, “the federal government has stopped dropping migrants in their towns.”

Abbott had announced during a press conference on Wednesday that, as a result of President Biden’s ineffective leadership in securing the southern border and the ending of the expedited deportation measure Title 42 , he and his team had devised a plan to “help” the administration better address the crisis.

Abbott directed the Texas Department of Emergency Management (TDEM) to charter buses and send them to local communities overwhelmed with illegal immigrants to remove them from those areas.

“We are sending them to the United States Capitol, where the Biden administration will be able to more immediately address the needs of the people that they are allowing to come across our border,” Abbott said during the press conference.

Seth Christensen, chief of media and communications for TDEM, spoke with Fox News Digital to express the impact this policy was already having. “From the [Rio Grande Valley] to Terrell County,” he explained, “a large majority of the communities that originally reached out for support through this operation have now said that the federal government has stopped dropping migrants in their towns since the governor’s announcement on Wednesday.”

As much of a “win” as this is for Texas, it’s a loss for other communities because Biden has to place these illegal migrants somewhere.

I applaud Greg’s move to stand up for Texas, and if all other Red State governors did the same thing, that’d be great, but we have far too many RINOs in the party to make that work.

We’ve got to vote out the RINOs and the communists in order to take control back. Until then, Abbott, DeSantis, and other brave governors should keep doing this.

Never make it “easy” for the left to destroy the country.