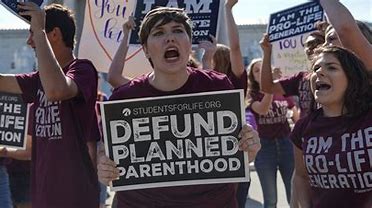 As I sat in front of my patient in the exam room, I could see the relief on her face as we discussed the plan to try and save her unborn son.

Days earlier, like so many other women, she found herself in what seemed like an impossible situation. Faced with an unexpected pregnancy while still trying to finish school, this young woman walked into an abortion clinic and did something she never thought she’d do – she took the first pill of a medication abortion. My patient told me that the second she walked out of the clinic, she knew she’d made the wrong decision.

Desperate to know whether there was anything she could do to reverse what she’d started (despite having been told at the abortion clinic there wasn’t), she went home and Googled “Can I reverse my abortion?” She stumbled upon the Abortion Pill Rescue Network, which then connected her to me. After speaking with her on the phone, we started the process the same day, and we were able to save my young patient’s son.

I will never forget the smile on her face the day she delivered her son – full term and healthy. This was only possible because of the life-saving treatment she received as part of the abortion pill reversal protocol.

Far from being experimental, the medication used to counteract the effects of mifepristone (the drug used to cause an abortion up to 10 weeks) is one that has been safely used during pregnancy for decades by both general OB/GYNs and infertility specialists. The largest case series to date of this treatment, which included more than 700 women, shows that it works.

Using the abortion pill reversal protocol, 68% of women will be able to have successful ongoing pregnancies (compared to 23% if they do nothing). This translates to a significant number of children saved. In fact, there are more than 2,000 children alive, including my patient’s son, because of this treatment.

Abortion pill reversal therapy is, in fact, safe. Out of the women who have been treated using the official protocol, there is no increased risk of side effects or birth defects. Opponents often cite a study by Mitchell Creinin claiming to show an increased risk of hemorrhage in patients undergoing treatment.

A closer look at the actual data, however, tells a much different story.

Women not receiving progesterone suffered a much higher rate of hemorrhage (40%) than women who received progesterone (20%).

Additionally, women not receiving progesterone required emergency surgery to treat their hemorrhage, with one patient even needing a blood transfusion.

Not only did this study show that giving progesterone not increase the risk of adverse effects, it also showed that it works to save babies – 80% of the women who received progesterone had viable pregnancies at their follow-up appointments.

Women deserve to be able make informed decisions with access to all necessary information. Indiana’s House Bill 1577 would not force women to undergo this therapy; it merely ensures women know all of their options, especially if they change their minds – like my patient did.

I am thankful my patient had the ability to do a Google search to connect with me and that we were able to save her son’s life through the abortion pill reversal protocol. And I know my patient is thankful she is able to cuddle her precious son every day.

Every woman deserves to know that the abortion pill reversal protocol is an option, and we will continue to speak up for these women and their rights.

Opinion August 7, 2022
The title of the page
Go to mobile version