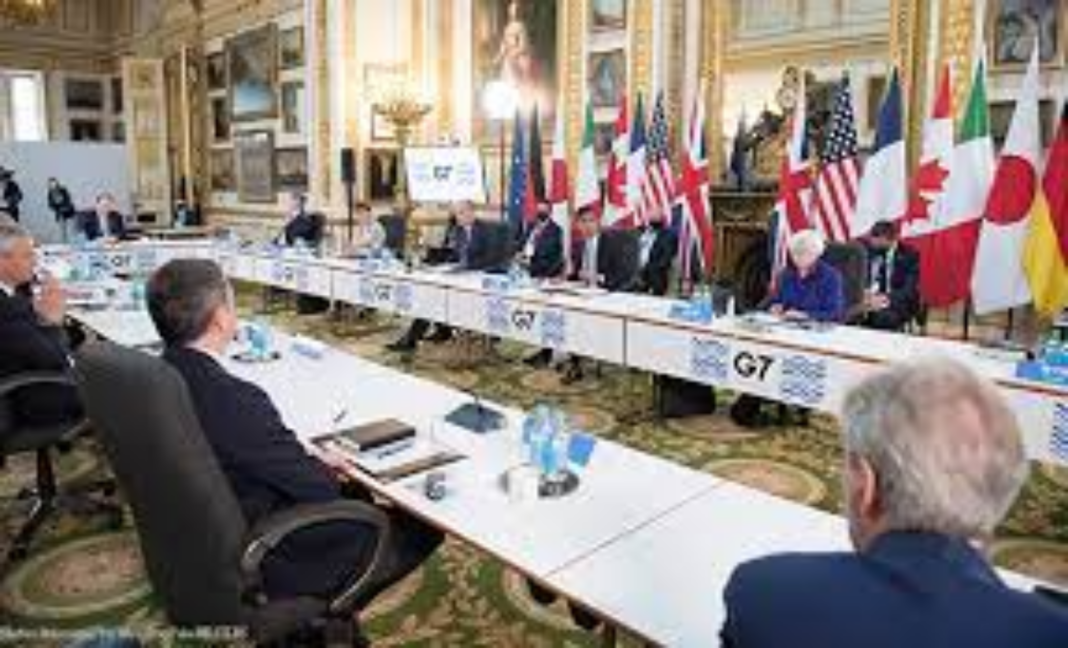 Back during the tax-reform debate of 2017, I warned that while moving to a territorial tax system and lowering the corporate-income-tax rate was great, adopting a global minimum tax was dangerous.

On one hand, I noted, the move to a territorial system from a worldwide tax system for corporate taxes would mean a better and more competitive tax system. Under a territorial system, the U.S. government doesn’t tax foreign-earned income (only the foreign government in which the income is earned does). However, when you add a global minimum tax of 15 percent, as the legislators were talking about doing back then, it overrides the soundness of the territorial regime and tax competition since any profit earned in a country with a lower rate would be taxed at a rate up to the 15-percent level. That’s a form of tax harmonization in which U.S. companies with foreign subsidiaries and income would have to pay at least 15 percent no matter where they do business.

The other risk I warned about was that once you put such a system in place, it is only a matter of time before revenue-hungry legislators (we have a lot of them in this country) will demand a higher rate than 15 percent. There is also a risk that they demand that the system be extended to individual taxes. (The U.S. is actually awful on that already since we have a worldwide tax system for individuals.)

Republicans didn’t listen, and the reforms went through with a version of a global minimum tax (a special minimum tax was imposed on foreign income) called the “Global Intangible Low Tax Income,” or GILTI. This has effectively established the principle for what the G-7 has now proposed.

It started with the Biden administration arguing that other countries should join the U.S. in adopting a global minimum tax. This is how the White House pitched the proposal:

A minimum tax on U.S. corporations alone is insufficient. . . . President Biden is also proposing to encourage other countries to adopt strong minimum taxes on corporations, just like the United States, so that foreign corporations aren’t advantaged and foreign countries can’t try to get a competitive edge by serving as tax havens.

This is a perfect definition of a tax cartel with the explicit intent of suppressing tax competition from countries with lower (and I would argue better) tax systems. And the G-7 nations have now reached an agreement on a 15 percent global minimum tax. But to these government officials, the real value of this agreement is that it will make it easier to bully, or at the very least, to exert strong political influence over some 135 countries to get them to join their seven-country tax cartel.

Now, while this final step is far from a done deal, this quote by Dan Mitchell to the BBC expresses exactly my feelings about what the G-7 countries are doing. He says:

It’s reprehensible that governments are trying to create a tax cartel to benefit politicians at the expense of workers and consumers. . . . Once the principle is established that governments can create cartels to fleece taxpayers , it is simply a matter of time before the tax rates increase and, moreover, it’s only a matter of time before they set up similar tax cartels.

Reprehensible, indeed. I know the G-7 members like to claim that we needed this because of the pandemic. But OECD countries have been trying to negotiate a global minimum tax for over four years. Also, European nations have been trying for years to harmonize taxes for individuals, among other things, through automatic exchange of information. The pandemic is simply the latest excuse they have at their disposal to harmonize taxes.

Also, make no mistake. This is a flagrant violation of the lower tax countries’ sovereignty. These countries should be free to decide how income within their borders will be taxed. Besides, if high-tax nations think there is a problem with the current system of taxation for multinationals, they should first look at the rules they have on their own books that allow for that situation. Companies acting the way they are happen to be acting legally. For instance, the U.S., the U.K., Canada, France, and the rest of them can change their transfer-pricing rules. What they shouldn’t do is tell other countries how income should be taxed within their own borders, and they shouldn’t set up a global tax cartel.

The agreement has been praised as good for consumers and workers. That is incredibly naïve. As Mitchell notes in his BBC interview, even the IMF and the OECD admit in their research that the imposition of higher corporate taxes is one of the most destructive ways to collect revenue because it lowers investments and workers’ wages, and increases consumer prices. Here is the research he cited: IMF and OECD on the destructive impact of higher corporate-tax burdens.

Hopefully, this will go nowhere. We will see.