Roce Today – Politics, Opinions, Gun Rights,Pro-Life and Border Wall
Home Politics Afghan Refugee’s tweet about the amount of food being given as meals... 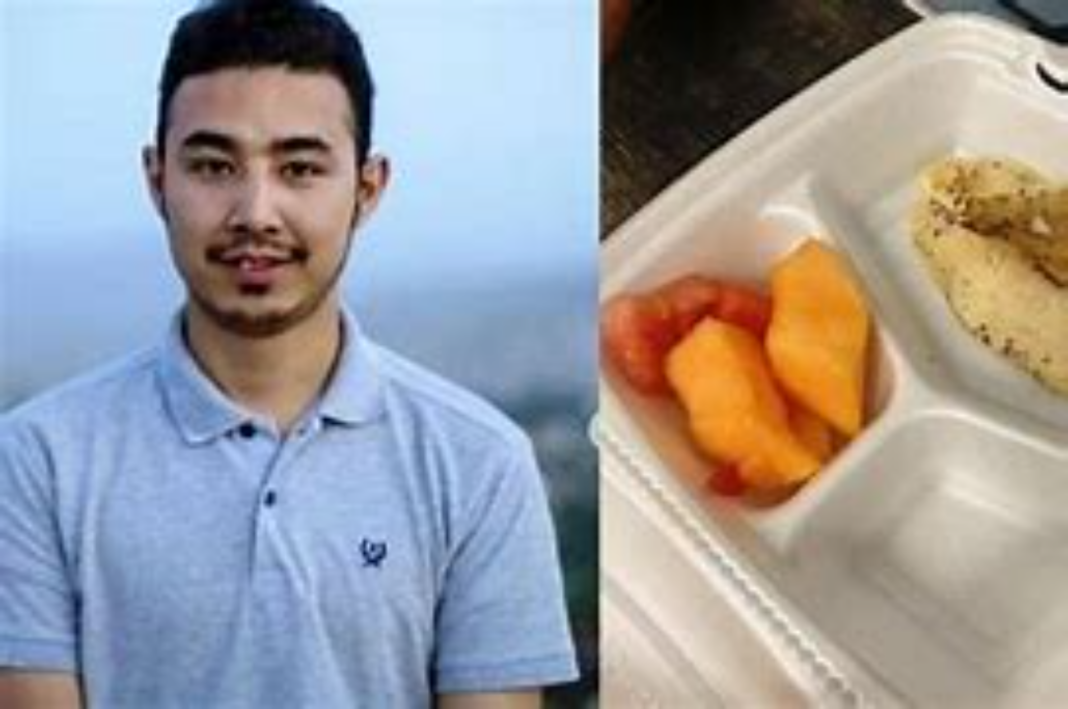 An Afghan refugee housed at Fort Bliss posted a tweet critical of a meal he was given. The reactions from Americans were as you would expect. Hamed Ahmadi’s tweet about the amount of food being given as meals did not go over well.

The subject of Afghan refugees being welcomed in America after the fall of Afghanistan to the Taliban is a hot-button issue. Some Americans want to welcome in more refugees than are expected to be brought to the United States, currently said to be 50,000, while others do not want the Afghan refugees to come here. Regardless of where you come down in that discussion, it is offputting to see a tweet from an Afghan refugee that is critical of his situation. Hamed Ahmadi spoke to the Independent and explained the tweet that showed a meal of meager portions of slices of chicken, fruit, and bread.

Not complaining but this is what I got last night for dinner and the next meal is 12 hours later. Refugee life might be safe but never easy & favorable. Fort bliss El Paso Texas. #AfghanRefugees #afghanistan pic.twitter.com/2X7eP8Uwa0

He said he wasn’t being critical but Twitter isn’t the place for nuance and now he is explaining why he did it.

“The point of that tweet was not … to be complaining, to be very critical,” Mr Ahmadi told The Independent. “I was just describing a situation of Afghan refugees that are in the situation that they never really wanted to be in.

“I had a pretty good job back in Kabul. I had a decent life. I had my family,” he said, adding: “I was forced to flee Afghanistan … if I had more space [on Twitter], I would have added more explanation – because I wanted to say that this is the refugee life. And we need to be patient.”

Hamed was evacuated with the help of the American NGO he worked with previously in Afghanistan. He and others waited three days to get through to the airport and then flew out on a U.S. military plan. They went to Qatar, then Germany, then D.C., and finally to Texas. He’s educated and speaks English fluently. His dream before the U.S. withdrawal was to come to the U.S. and tried to do so through academic channels. He’s a Fulbright finalist. Hamed didn’t want to flee but knew he’d likely be killed if he stayed. Besides working as a translator for Americans, he is a blogger and writer.

“I was so excited about coming to the United States as a student,” he said. “But now, trust me – I’m not that excited … to be in the United States because of this whole situation. Everything happened so fast, and I don’t really feel like I’m in my dream country.”

“I used to travel to different provinces of Afghanistan and interview people and cover day-to-day stories of Afghans at the grassroots level – and how they … resolve their conflicts,” he told The Independent. “Basically, most of the stories were about how people approach conflicts and peace-building at the community level.”

He added that he felt he needed to leave his home because he felt “that I was in danger, because I had a very strong social presence. I had a very bold social media appearance when I was doing my job. I was going to these unsafe provinces back in Afghanistan and also unsafe villages.

“I had a lot of pictures doing jobs with Americans, with Germans, so I was kind of in danger – because you cannot trust the Taliban. They definitely claim that they’re not posing any threat to Afghans who worked with international NGOs and foreigners … but we hear stories that they’re seeking reprisals and revenge, especially [against] journalists. That was an active threat for me. So I couldn’t just simply sit and see what’s going to happen to me.”

He left his family behind. One sister is pregnant and hiding from the Taliban because she had been a member of the Afghan police force. Another sister died of Covid-19 and his brother was killed two months ago as he served as a special ops fighter with the Afghan National Defense Forces against the Taliban. He has lived in Kabul with his parents and siblings for the last five years.

We can understand the frustration and confusion the refugees are experiencing but appearing ungrateful for the opportunity for a new life is not the way to go. Hamed is learning as he goes, apparently. He says the American government wasn’t prepared for the refugees. He admits, too, that Afghan refugees aren’t all those who worked with Americans or with NGOs. “They just got lucky”, he says. They weren’t qualified for asylum in America, they just came out when the opportunity to get on a plane presented itself.

Mr Ahmadi told The Independent that he and others are giving interviews, personal histories and biometric information as US authorities try to clear them for longer stays in the country.

“People are uncertain,” he told The Independent. “People are confused a little bit about the process. They’re uncertain about their future. My friends are very educated people; they have worked with international organisations … these are the top people that came here in this camp – but you can see the uncertainty when they talk about their future in the United States.”

He said that fluent English speakers with advanced degrees from Afghanistan are struggling – “let alone people who are not educated [and] just had the chance, they got lucky and came here. They have not worked with Americans or foreigners or any international NGOs before. They just got lucky and they speak zero English.”

Everyone misses their stranded families back in Afghanistan, he said, while worrying nonstop.

“I have mixed feelings sometimes,” he said. “I feel that sometimes I had the privilege of fleeing Kabul … and then I feel guilty [about] leaving everyone behind who are really in danger.”

Fort Bliss began receiving Afghan refugees on August 21st. Hamed isn’t off to a great start. Perhaps he’ll learn to express some gratitude instead of criticism to those who are giving him a fresh start in a free country.