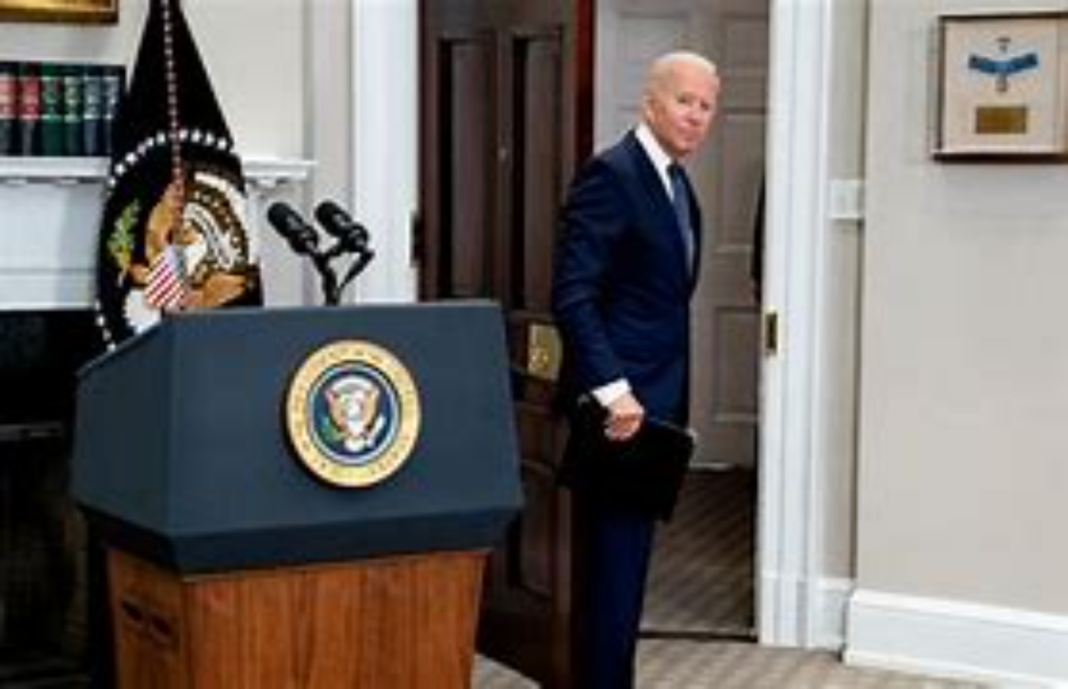 To be fair, the gaslighting strategy that Politico reports may be working — at least on social media.  Everywhere else, and especially where it matters most, the White House campaign to make the disastrous bug-out from Kabul look like a modern Berlin airlift only demonstrates that Joe Biden and his team are “increasingly disconnected from reality.”

That’s what happens when reality comes across loud and clear on television screens, and when the discussion revolves around whether terrorists will allow us enough time to rescue thousands of stranded Americans:

Tens of thousands of Afghans awaiting U.S. visas and thousands of American citizens are still stuck in Kabul, unable to find safe passage through frantic crowds, Taliban checkpoints and Afghan guards stationed outside the airport.

Gunfire erupted outside of the north gate of Hamid Karzai International Airport on Monday, killing a number of Afghan security forces. American officials have repeatedly had to close the gates for extended periods, leading guards to turn away even U.S. passport holders.

Multiple sources point to deteriorating conditions inside the airport, including lack of power and sanitation. And tension has emerged between American troops on the ground and State Department officials trying to extract U.S. citizens and Afghan allies.

Meanwhile, the West Wing is looking increasingly disconnected from reality as the Biden White House strives to project a sense of calm competence — even as the Taliban tighten their grip on Afghanistan.

Biden’s decision to stick with the August 31 deadline might test this strategy even further than the obviously deteriorating conditions at Karzai Airport makes apparent. No amount of gaslighting will work if what Adam Schiff declared yesterday turns out to be true. If we leave before getting all of the Americans out of Kabul, there won’t be any spin to cover up the fact that Biden bugged out and abandoned them to the Taliban.

The White House spin seems to be working for the moment among its die-hard supporters on social media. Any statement on Twitter that suggests this clusterfark is anything other than a clusterfark gets immediate responses suggesting that it’s the greatest logistics feat since the Berlin Airlift, and that criticism equates to rooting against America and defeat. This is not just apples and oranges, it’s apples and anti-apples. The Berlin Airlift lasted for almost eleven months rather than eleven days. It was also not an evacuation necessitated by a political decision to retreat — it was a resupply effort necessitated by our refusal to retreat. Unlike this instance, the Berlin Airlift was our signal to the world that we would not abandon our allies, and that was against a much larger military menace than the Taliban.

The “you’re a defeatist!” and “you’re not being patriotic!” criticisms made me chuckle out loud, because this entire fiasco started with Biden putting a military retreat ahead of evacuation of Americans and our allies. Only when the Taliban took over did we redeploy soldiers and Marines back to Karzai Airport, and only to Karzai Airport. It’s not defeatism to point out that defeat has already occurred, and that it’s getting worse rather than better under this leadership.

It’s also especially precious to hear that latter criticism from members of the Four Year “Resistance”.

Anyway. The White House spin is clearly not working where it’s most targeted, however — the national media. Perhaps this is because too many of their colleagues got stuck behind Taliban lines after Biden pulled the military out first in his evacuation haste, or maybe the national humiliation of this collapse is just too much to ignore or spin. If Biden pulls the military out again while leaving Americans behind again, the Washington Post editorial board warns that the happy talk won’t do any good:

It is crucial — militarily, politically and morally — that Mr. Biden not pull out U.S. troops before their job is done. There are three ways the situation might be resolved: The first would be for the evacuation to accelerate such that everyone Mr. Biden has pledged to get out is indeed airlifted by Aug. 31; this is both the ideal outcome and the least likely. The second would be for the United States to bargain with the Taliban for more time, turning the evacuation into something resembling a hostage negotiation. And the third would be for the United States to keep troops in Afghanistan regardless of what the Taliban wants, until legitimate U.S. and allied objectives for the evacuation are met. That, of course, carries the greatest risk of all: reigniting the very war Mr. Biden seeks to end.

Mr. Biden, in close consultation and coordination with allies, should try to accelerate the evacuation while exploring a deal with the Taliban — and preparing to keep troops beyond Aug. 31 even without an agreement. The only option he must rule out is leaving people behind.

Biden’s decision to prioritize the calendar suggests that he’s less concerned about leaving people behind than in getting out on the Taliban’s schedule. If Biden and his team think that they can gaslight such an outcome into a win, just wait until that reality slaps them in the face.