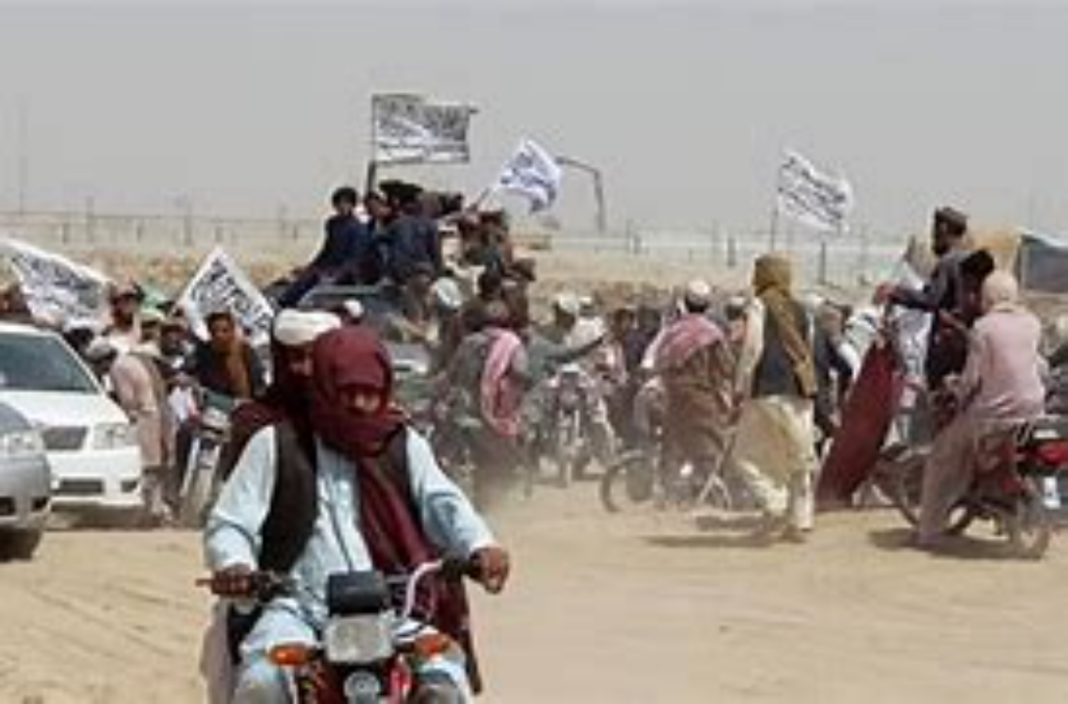 Secretary of State Antony Blinken acknowledged Wednesday during a joint press conference in India that the situation in Afghanistan is headed in the wrong direction — noting the Taliban is “making advances” and calling reports that the group has committed atrocities “deeply, deeply troubling.”

They “certainly do not speak well of the Taliban’s intentions for the country as a whole,” he told ABC News.

Blinken made a quick visit to New Delhi, where he and senior Indian officials focused on deepening U.S.-Indian cooperation on key challenges like the COVID-19 pandemic, China, and climate change. But with the security situation in nearby Afghanistan deteriorating quickly, their meetings also focused on the withdrawal of U.S. troops and the Taliban’s swift efforts to control more territory.

As he and other Biden officials have argued, however, he said that the international community would make a “pariah state” of an Afghan government that “does not respect the rights of its people, an Afghanistan that commits atrocities against its own people.”

“The Taliban says that it seeks international recognition, that it wants international support for Afghanistan,” and that it wants sanctions and travel bans on its leaders lifted, he added, saying there’s “only one path” to achieving those aims, “and that’s at the negotiating table.”

But it doesn’t seem that the Taliban — which now control nearly half of the country’s districts since launching their offensive in May, according to the Pentagon — agrees.

The group’s leadership has also denied responsibility for the atrocities Blinken mentioned, including extrajudicial killings, forced displacements and attacking civilian infrastructure — a sign that their promises remain empty and they do believe they can take power by force or that they don’t have full control of their fractured forces across the country.

President Joe Biden announced the withdrawal of U.S. troops before the 20th anniversary, this fall, of the Sept. 11th attacks that brought American forces to Afghanistan to destroy al-Qaida’s operations there and topple the Taliban government that gave them sanctuary.

In the weeks since then, the Taliban have won control of dozens of districts by force or through surrenders, as they dawdle at negotiations with the Afghan government meant to secure a ceasefire and decide on the country’s future government.

Indian External Affairs Minister Subrahmanyam Jaishankar, agreed with Blinken that, despite the deadlock in those talks, they were the only solution to Afghanistan’s fighting. But he declined to say how concerned India’s government is now about the deteriorating security situation, instead calling it “natural” and “inevitable” that “there will be consequences” to the U.S. military withdrawal.

“What is done is done. It is a policy taken, and I think in diplomacy, you deal with what you have,” he told ABC News – agreeing with Blinken that negotiations are the only solution.

But he subtly took issue with Pakistan, India’s neighbor and long-time adversary, adding that “not everyone who agrees … does what they say they will do.” Without a direct mention, he called its support for the Taliban a “reality of the last 20 years.”

A senior State Department official said after the day’s meetings that the two sides made no specific asks of one another, but committed to deepening cooperation and information-sharing on the situation.

“It’s a chance for us to talk about, sort of, the way forward and really where we can find points of leverage to try to bring the Taliban along and get toward a negotiated settlement,” they said.

The two foreign ministers were chummy after their day of meetings — cracking jokes and praising U.S.-Indian cooperation. Jaishankar said the two powers had “entered a new era,” with cooperation on COVID-19, defense, trade and investment, climate change, and regional issues.

In particular, Blinken said the two countries “will be leaders in bringing the pandemic to an end,” as India ramps up vaccine production and exports, and the U.S. launches the first of the 500 million doses next month that Biden promised during the G-7 summit.

The Biden administration had hoped to share three million of those doses with India, but they remain held up by Indian bureaucracy, which must first approve their import, according to the senior State Department official, who added they hoped for “some movement soon.”

While the increasing U.S.-India partnership has irked the Chinese government, which has accused both countries of trying to “contain” it, Jaishankar shot back Wednesday — saying, “People need to get over the idea that somehow other countries doing things is directed at them.”

“For groups of countries to work together is not strange. It’s the history of international relations,” he added, earning a laugh from Blinken.

But much of this visit has been focused on China — including Blinken’s meeting Wednesday morning with the Dalai Lama’s representative, Central Tibetan Administration Representative Ngodup Dongchung. It’s the first high-level engagement from the Biden administration with the Tibetan leader and his team — one that is sure to anger Chinese officials who have long opposed U.S. support for the spiritual figure.

The senior State Department official tried to downplay the meeting, saying they met “very briefly” so that Dongchung could present Blinken with a scarf as a “gesture of good will and friendship.”

Blinken also tried to send a message with another meeting Wednesday morning, starting his day before the cameras with a group of Indian civil society leaders. Before the press, he talked about how both countries’ democracies “are works in progress. … Sometimes that process is painful, sometimes it’s ugly, but the strength of democracy is to embrace it.”

That process in India has been particularly ugly in recent years. Earlier this year, Freedom House, the U.S. think tank, rated India as “partly free” for the first time in its annual global survey, as the government of Narendra Modi has been accused of curtailing minorities’ rights, especially Muslims; attacking political opponents and the free press; and restricting human rights groups and NGOs.

With his morning meetings, Blinken tried to send a message about that, talking up the importance of “a vibrant civil society” and talking openly about American democracy’s struggles and faults — including the events of Jan. 6.

“As friends, we talk about these issues. We talk about the challenges that we’re both facing in renewing and strengthening our democracies, and I think humbly, we can learn from each other,” he added, clearly highlighting the common ground, rather than risk alienating this critical new partner.

Jaishankar had a sharper edge in response to the question — telling the reporter who asked that Modi’s changes are an effort to “really right wrongs when they have been done” — the kind of ‘don’t question’ attitude that critics say is at the heart of Modi’s democratic back-sliding.

Democrats only Care About Minority Votes

Muriel Bowser: DC Mayor under fire for not wearing a Mask...