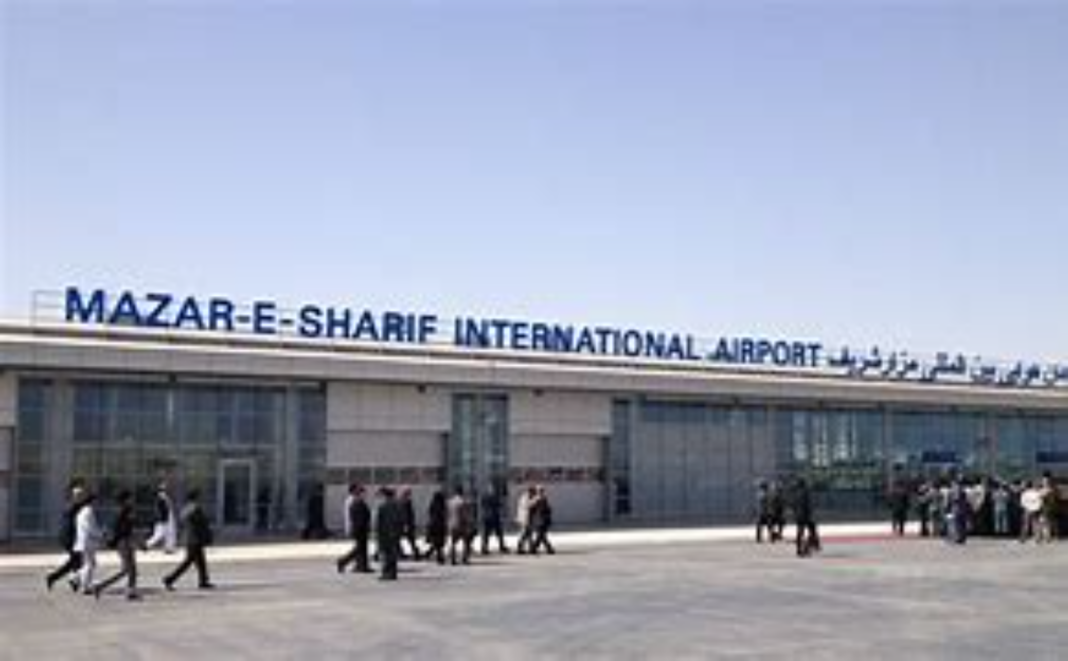 When Allahpundit unleashed the story about the potential hostage situation at the Mazar-e-Sharif airport in Afghanistan yesterday, pretty much everyone in the media was being caught off guard. Six planes with at least some American citizens and permanent residents were ready to take off, but the Taliban was allegedly blocking them from leaving. The suggestion was made that the Taliban wanted to do some bargaining before the planes might be allowed to lift off. At first glance, it certainly sounded like a hostage crisis.

Remember that this was all initially coming from Texas Republican representative Mike McCaul. How he got the information before everyone else remains a mystery, but there have been enough confirmations in the past 24 hours to make it clear that the Biden administration knew about the situation but was keeping it from the public. We can (and will) discuss what the motivation for that decision was, but additional reporting in the following 12 hours has muddied the water a bit. The problem is, as is the case with so many bits of news leaking out of Afghanistan these days, that conflicting reports tell very different stories about who is stuck in Mazar-e-Sharif, how many there are, and why they aren’t being allowed to depart. The Associated Press analysis offers a few competing scenarios, but none of their sources sound particularly bulletproof.

At least four planes chartered to evacuate several hundred people seeking to escape the Taliban’s takeover of Afghanistan have been unable to leave the country for days, officials said Sunday, with conflicting accounts emerging about why the flights weren’t able to take off as pressure ramps up on the United States to help those left behind to flee.

An Afghan official at the airport in the northern city of Mazar-e-Sharif said that the would-be passengers were Afghans, many of whom did not have passports or visas, and thus were unable to leave the country. He said they had left the airport while the situation was sorted out.

The top Republican on the U.S. House Foreign Affairs Committee, however, said that the group included Americans and they were sitting on the planes, but the Taliban were not letting them take off, effectively “holding them hostage.” He did not say where that information came from. It was not immediately possible to reconcile the accounts.

So there are reports that either four or six planes are involved. They are all private charter planes being used as part of an effort not being run by Washington to get people out. McCaul was saying the stranded people were sitting on the planes, waiting for their chance to leave. Local residents and at least one Taliban spokesperson (speaking off the record) said that the people had been moved to hotels in the area while this situation gets sorted out. Both of those stories may have been true at various points because this situation has been developing for several days rather than just cropping up on Sunday.

As to who they are, McCaul says the passenger list includes American citizens and green cardholders. The Taliban is saying that they are Afghans who are mostly lacking passports and visas, preventing them from being able to leave. Local residents described the passengers as people who had “worked for companies allied with the U.S. or German military.”

If this situation has been brewing since at least Friday, if not before, what was the point of the Biden administration keeping a lid on it? Were they hoping to tamp down the impression that we’re negotiating with terrorists over the fate of American citizens or lawful residents? Or were they attempting to hide the reality that this is what’s been going on? Frankly, I doubt many of you would find the idea of the Taliban trying to negotiate even more pallets of cash and/or American recognition of them as a valid government entity surprising. If those negotiations are ongoing, we don’t know about it yet because, yet again, the Biden administration is holding secret talks with the Taliban and not informing the public as to how such negotiations are proceeding or what’s on the table.

I’m almost positive I heard somebody once saying something about the most transparent administration ever. Or something like that, anyway. It’s easy to lose track these days.

Meanwhile, an update from the Free Beacon shows the Biden administration essentially admitting that their hands are tied.

“We do not have personnel on the ground, we do not have air assets in the country, we do not control the airspace—whether over Afghanistan or elsewhere in the region,” a State Department spokesman told the Washington Free Beacon. “We understand the concern that many people are feeling as they try to facilitate further charter and other passage out of Afghanistan.”

That’s certainly a refreshing if depressing bit of honesty out of the White House. Of course, we already know why we don’t have “personnel on the ground” or “air assets in the country.” It’s because we pulled out entirely before we’d gotten everyone out. And now the Taliban holds all of the cards and, at least potentially, a plethora of hostages they can take to ensure that we open the treasure vault for them. I realize that the White House wants to put this all behind them and get Afghanistan off of the front pages so they can focus on passing massive spending bills. But that’s not going to happen, folks. As the drama currently playing out in Mazar-e-Sharif demonstrates, this crisis is far from over. And there are hundreds (or more likely thousands) of other people who will be seeking rescue and escape in the weeks to come.

Divers inspect Ever Given vessel at start of probe into Suez...