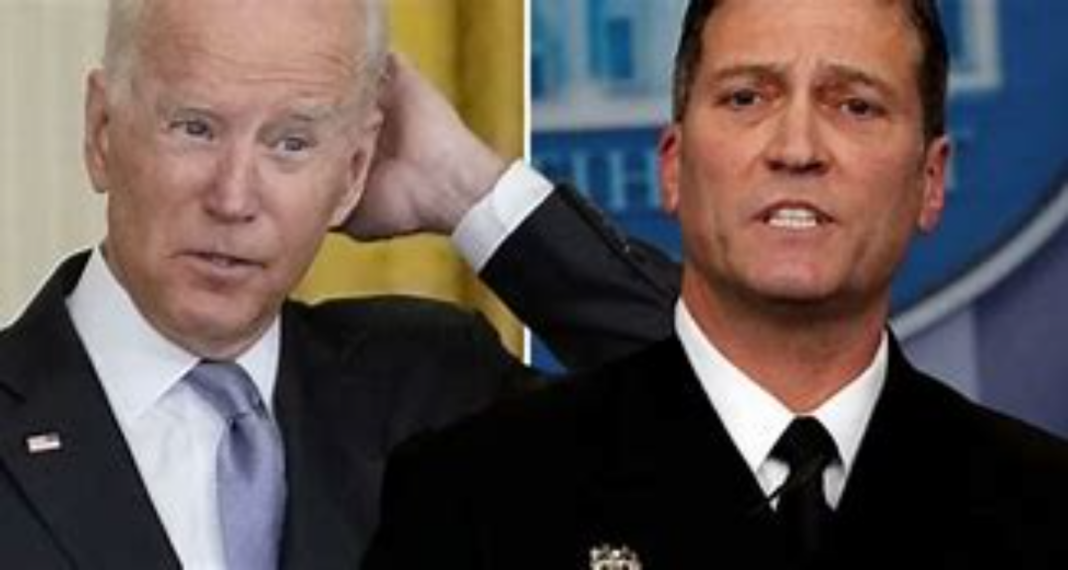 Joe Biden’s bungled handling on the withdrawal from Afghanistan and his actions in the following days have got the whole world on edge.

Rep. Ronny Jackson of Texas, who was the White House doctor under Obama and Trump, is calling for Biden to resign, and he is not alone.

First, take a look at Jackson’s remarks below. He is most concerned about Biden’s mental state.

Rep. Ronny Jackson (R-TX), who was Obama’s White House doctor, says that Biden needs to resign because he is no longer “cognitively prepared to be our president.” pic.twitter.com/QNwmeXkFhU

Other Republicans are mostly concerned about Afghanistan, but their message is the same.

Demands for President Biden and members of his administration to resign are strengthening during the ongoing chaos in Afghanistan.

Sen. Josh Hawley (R-MO) stated on Wednesday “Biden’s entire defense and foreign policy team must resign” for “the worst foreign policy debacle since Vietnam.” Hawley also called for a “full congressional inquiry” upon the matter. “In the immediate term, we must focus on getting Americans trapped in Afghanistan out safely. That should be our top priority,” he said.

Rep. Claudia Tenney (R-NY) reiterated Thursday her demand for Biden to resign for his “reckless retreat from Afghanistan.”

“His mishandling of this crisis shatters all confidence in his ability to serve as our Commander-in-Chief, which is any president’s most sacred responsibility,” she tweeted. “As American lives hang in the balance, our president has been isolated from his advisors and asleep at the wheel.”

See their tweets below:

This is the worst foreign policy debacle since Vietnam, due to Joe Biden. He has lost the confidence of the American people and the ability to lead. Biden’s entire defense and foreign policy team must resign, and there must be a full congressional inquiry.

In addition to a full congressional inquiry, which must happen immediately, today I am reiterating my call for President Biden to resign from office following his unilateral, reckless retreat from #Afghanistan.

These past few days have proven what we’ve already known about Biden and Harris.

They are completely unfit to lead.

These calls are only going to grow in the coming weeks.