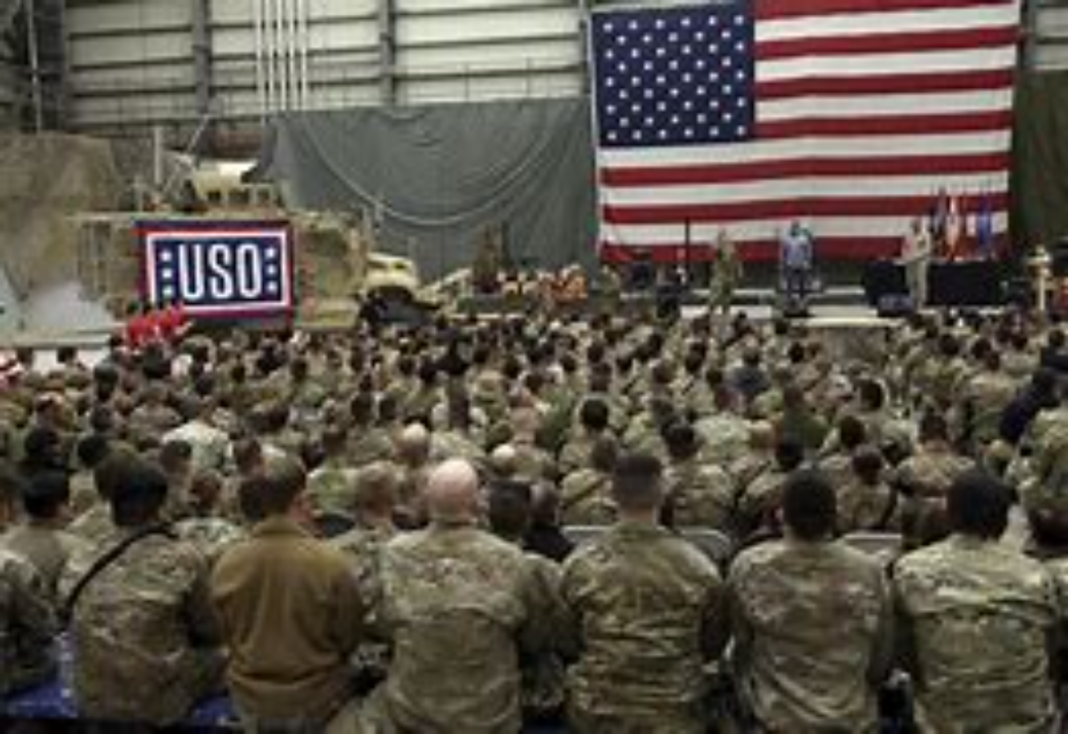 BAGRAM, Afghanistan — The U.S. left Afghanistan’s Bagram Airfield after nearly 20 years by shutting off the electricity and slipping away in the night without notifying the base’s new Afghan commander, who discovered the Americans’ departure more than two hours after they left, Afghan military officials said.

Afghanistan’s army showed off the sprawling air base Monday, providing a rare first glimpse of what had been the epicenter of America’s war to unseat the Taliban and hunt down the al-Qaida perpetrators of the 9/11 attacks on America.

The U.S. announced Friday it had completely vacated its biggest airfield in the country in advance of a final withdrawal the Pentagon says will be completed by the end of August.

“We (heard) some rumor that the Americans had left Bagram … and finally by seven o’clock in the morning, we understood that it was confirmed that they had already left Bagram,” Gen. Mir Asadullah Kohistani, Bagram’s new commander said.

U.S. military spokesman Col. Sonny Leggett did not address the specific complaints of many Afghan soldiers who inherited the abandoned airfield, instead referring to a statement last week.

The statement said the handover had been in the process soon after President Joe Biden’s mid-April announcement that America was withdrawing the last of its forces. Leggett said in the statement that they had coordinated their departures with Afghanistan’s leaders.

Before the Afghan army could take control of the airfield about an hour’s drive from the Afghan capital Kabul, it was invaded by a small army of looters, who ransacked barrack after barrack and rummaged through giant storage tents before being evicted, according to Afghan military officials.

“At first we thought maybe they were Taliban,” said Abdul Raouf, a soldier of 10 years. He said the the U.S. called from the Kabul airport and said “we are here at the airport in Kabul.”

Kohistani insisted the Afghan National Security and Defense Force could hold on to the heavily fortified base despite a string of Taliban wins on the battlefield. The airfield also includes a prison with about 5,000 prisoners, many of them allegedly Taliban.

The Taliban’s latest surge comes as the last U.S. and NATO forces pull out of the country. As of last week, most NATO soldiers had already quietly left. The last U.S. soldiers are likely to remain until an agreement to protect the Kabul Hamid Karzai International Airport, which is expected to be done by Turkey, is completed.

Meanwhile, in northern Afghanistan, district after district has fallen to the Taliban. In just the last two days hundreds of Afghan soldiers fled across the border into Tajikistan rather than fight the insurgents.

“In battle it is sometimes one step forward and some steps back,” said Kohistani.

Kohistani said the Afghan military is changing its strategy to focus on the strategic districts. He insisted they would retake them in the coming days without saying how that would be accomplished.

On display on Monday during was a massive facility, the size of a small city, that had been exclusively used by the U.S. and NATO. The sheer size is extraordinary, with roadways weaving through barracks and past hangar-like buildings. There are two runways and over 100 parking spots for fighter jets known as revetments because of the blast walls that protect each aircraft. One of the two runways is 12,000 feet (3,660 meters) long and was built in 2006. There’s a passenger lounge, a 50-bed hospital and giant hangar size tents filled with supplies such as furniture.

Kohistani said the U.S. left behind 3.5 million items, all itemized by the departing U.S. military. They include tens of thousands of bottles of water, energy drinks and military ready made meals, known as MRE’s.

The big ticket items left behind include thousands of civilian vehicles, many of them without keys to start them, and hundreds of armored vehicles. Kohistani said the U.S. also left behind small weapons and the ammunition for them, but the departing troops took heavy weapons with them. Ammunition for weapons not being left behind for the Afghan military was blown up before they left.

Afghan soldiers who wandered Monday throughout the base that had once seen as many as 100,000 U.S. troops were deeply critical of how the U.S. left Bagram, leaving in the night without telling the Afghan soldiers tasked with patrolling the perimeter.

“In one night they lost all the good will of 20 years by leaving the way they did, in the night, without telling the Afghan soldiers who were outside patrolling the area,” said Afghan soldier Naematullah, who asked that only his one name be used.

Within 20 minutes of the U.S.’s silent departure on Friday, the electricity was shut down and the base was plunged into darkness, said Raouf, the soldier of 10 years who has also served in Taliban strongholds of Helmand and Kandahar provinces.

The sudden darkness was like a signal to the small army of looters, he said. They entered from the north smashing through the first barrier, ransacking buildings, loading anything that was not nailed down into trucks.

On Monday, three days after the U.S. departure, Afghan soldiers were still collecting piles of garbage that included empty water bottles, cans and empty energy drinks left behind by the looters.

Kohistani meanwhile said the nearly 20 years of U.S. and NATO involvement in Afghanistan was appreciated but now it was time for Afghans to step up.

The Greenhouse Effect at the Supreme Court