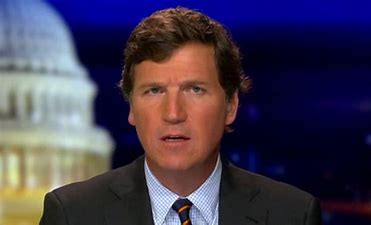 Tucker Carlson couldn’t believe what he saw on Thursday night when Joe Biden turned into Hilter Jr and called half the county “terrorists.” Tucker said Biden’s Third Reich speech was “a complete outrage” and “totally immoral.” And that’s being polite. It was absolutely disgusting, irresponsible, and dangerous. Joe literally wants blood in the streets. He’s a sick and depraved old man. But it really shocked Tucker. At first, he made fun of it, because he said he didn’t know how else to respond. But after watching all of it, Tucker said Joe Biden has crossed over into a very dangerous — very dangerous place.

Tucker also went after Biden for the outlandish hypocrisy of accusing MAGA of supposedly “threatening the rule of law.” This is the same guy who was encouraging the “Summer of Love” riots back in 2020, where left-wing rioters burned down the country, terrorized innocent Americans, and where 20 people lost their lives. And let’s not forget about the intimidation of our Supreme Court Justices at their private homes and the swatting of Congressional “MAGA Republican” Marjorie Taylor Greene.

“This is truly nuts, and threatening to the future of the United States. It’s hard to believe he just did that,” Carlson said.

Tucker Carlson reacts to Biden’s speech: “Yeah, ‘they’re a threat,’ says the guy with the blood-red Nazi background and marines standing behind him. It’s a complete outrage … This is truly nuts and threatening to the future of the United States.” pic.twitter.com/SzmLiSMYzh

Tucker has a serious warning for Trump supporters. He says there are going to be dangerous waters ahead now that Biden and his crooked DOJ have targeted MAGA. They’re going to likely charge President Trump, too. So be prepared for that.

Also, please, whatever you do, don’t get “violent.” That’s what they want you to do, don’t take the bait.

“For hundreds of years, the U.S. has had a political system comprised of two competing parties,” said Carlson. “If you were to declare one of those parties criminal and illegitimate, what would you be left with?”

Scary stuff. I never thought I’d see my government turn into “Literally Hitler” right in front of my face.