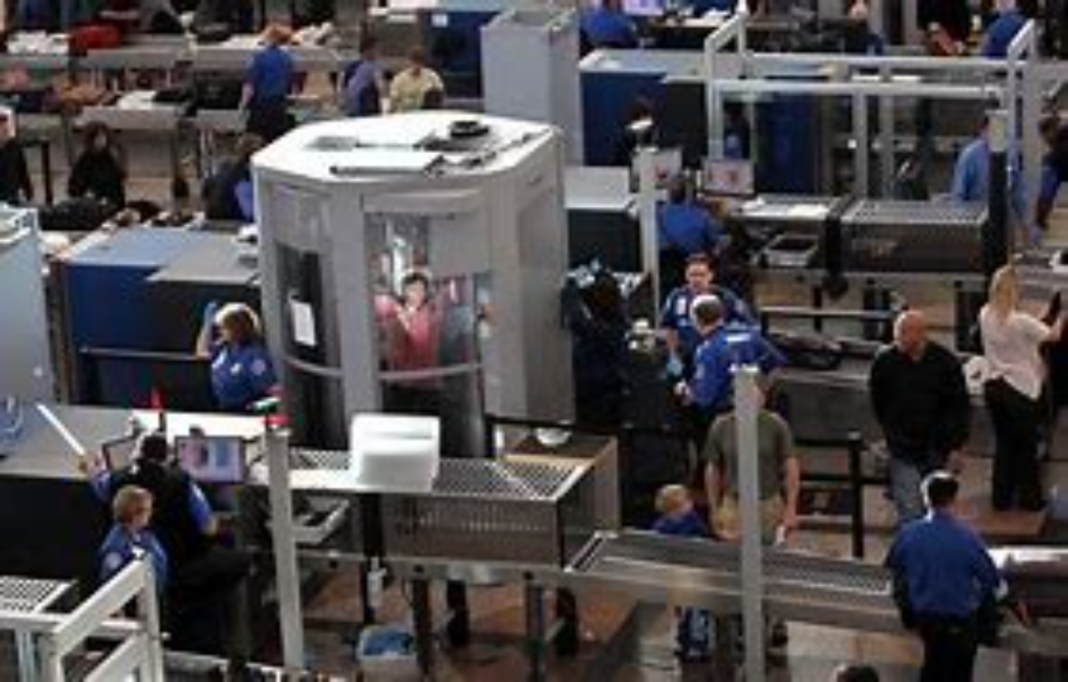 Remember three months ago, when the big question about air travel was how much longer it’d be until the CDC told vaccinated people it was safe to unmask while flying?

Actually, remember last December when Biden asked Americans to mask up during his first 100 days in office in hopes that it’d lead to a “significant reduction” in cases?

We were so young then.

Currently, refusing to wear a mask while using U.S. transportation will cost you $500 for a first offense and $1,000 for a second. As of tomorrow those numbers will rise to $1,000 and $3,000, respectively, part of Biden’s new kitchen-sink attempt to get a handle on COVID. Watch him announce the new policy this afternoon, particularly how he warns people to “show some respect” to airline personnel like flight attendants. He’s right on the merits but I don’t know that I’ve ever seen a president actually snarl at a viewing audience before. He’s in full “angry dad” mode here:

I’m sure his tone and the stiff new fines for unmasking will help calm an already volatile situation.

He was more soft-spoken during this passage but there’s an unusual note of disapproval here as well. I don’t know that I’ve ever seen a president tell a share of the electorate that his patience with them has run thin, come to think of it:

“What more is there to wait for? What more to do you need to see?”

Pres. Joe Biden urges unvaccinated Americans to get vaccinated: “We’ve been patient, but our patience is wearing thin and your refusal has cost all of us.” https://t.co/sJbdMAvu3F pic.twitter.com/B4GNtG3X78

I suppose that befits a speech that was about compulsion, not persuasion. We’ve tried talking people into getting vaccinated, Biden’s saying, and we’re stuck. Now we have to do things the hard way.

I’d love to see the polling Democrats are looking at that makes them think this approach, with this tone, is a winner for them. Will the millions of unvaccinated African-Americans whom the party is counting on in the midterms appreciate having their arms twisted by their bosses, whose own arms are being twisted by Biden, all while the president grumbles about his patience having run thin?

I guess the left really is all-in on the idea that a showdown with Republicans over a mega-mandate will pay off for them for the simple reason that there are more vaccinated American adults than unvaccinated ones. Biden’s grabbing the unvaxxed minority by the throat to guarantee the vaxxed majority a safe workplace. Presumably the latter will be grateful, right? And as for African-Americans, some polling shows that holdouts in that group are more likely to be in the “wait and see” category, which is more amenable to persuasion or compulsion. It’s righty populists who tend to be hardcore refuseniks.

Besides, making workplaces safer from COVID might also goose the economy, and a goosed economy is something that all voters will appreciate even if they don’t like how the goosing happened.

Millions of people have let their fear of infection relegate them to protracted unemployment. The new workplace rules might make them more confident about returning to the job. Although whether the labor force loses more workers due to people quitting in order to avoid the new vaccine mandates than it gains by coaxing the risk-averse into coming back to work remains to be seen.

Biden’s also taking heat for this comment this afternoon:

Some accused him of underselling the vaccines by suggesting that the vaccinated have anything to fear from the unvaccinated. They don’t have much to fear, it’s true, but breakthrough infections happen more commonly with Delta than they did with previous variants. Maybe the odds are as long as 5,000 to one or maybe they’re shorter depending on behavior. Regardless, the unvaccinated are more of a threat to infect others than the vaccinated are. For that reason alone, you might think employers would want to impose vaccine mandates unilaterally, to prevent outbreaks in the office that might disrupt the business. But vaccine mandates are a touchy subject politically and many business owners probably didn’t want to go near it, figuring it was more trouble than it’s worth. Today Biden made the decision for them.

Or rather, he purported to. Like I said in the last post, I think it’s more likely than not that SCOTUS will find a reason to throw his mandate out. Biden can live with that, though, if it accomplishes his political goal of voters blaming conservatives for the pandemic dragging on. And even if his mandate is blocked, the prospect that it might be upheld may be enough to convince some holdouts to just give in and get the shots before the Court rules. (In that way this policy is like Biden’s eviction moratorium, which achieved a dubious policy outcome in the short term in the belief that it would take awhile for the Court to get around to telling him he couldn’t do it.) Or, even if unvaxxed workers don’t get their shots immediately, it may soften their resolve enough that businesses will feel more comfortable imposing their own vaccine mandates once Biden’s policy gets tossed.

I’ll leave you with Jake Tapper wondering why Biden expects people to do the thing he wants them to do, which is get their shots. Doesn’t he know which country he’s in?

“Millions of Americans are being lied to, being misinformed, being told a whole bunch of things that are contrary to what the medical & scientific establishments say is true” pic.twitter.com/8kuYxGu5gV