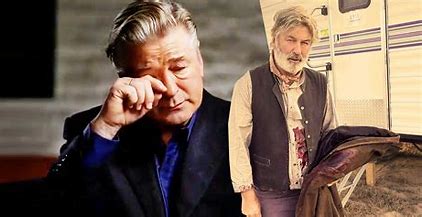 We recently found out that actor Alec Baldwin was getting irritated by people asking why his phone hadn’t been turned over to New Mexico police weeks after they had obtained a warrant for it. While his arguments as to why it was taking so long clearly didn’t hold any water, he can now stop worrying about people pestering him because the phone is finally in the hands of law enforcement. It’s possible that a press release put out by the Santa Fe County District Attorney this week spurred the decision to give up the device. At some point, it must have become obvious that he was only making himself look suspicious by refusing to promptly cooperate with the investigation into the death of Halyna Hutchins. (NY Post)

Alec Baldwin turned his cellphone over to New Mexico police Friday — nearly a month after they secured a warrant for the device following a fatal shooting on the set of the movie “Rust,” according to a report.

The Santa Fe District Attorney’s Office said it has the 63-year-old actor’s cellphone, which is believed to contain information about the prop-gun shooting of cinematographer Halyna Hutchins in October, according to ABC News.

The handover comes one day after the Santa Fe County Sheriff’s Office said in a press release, “to date, the cell phone has not been turned over to authorities.”

Baldwin is claiming that he was hesitant to hand over his phone immediately over concerns that the police might take “your photos or your love letters to your wife or whatever.” While the actor is entitled to the same amount of privacy as anyone else, I somehow doubt that the Sheriff’s Department was interested in his correspondence with his wife. But if that was really his primary concern, has he spent the past month deleting all of his private data?

If there is a bunch of deleted data missing from the phone, that’s only going to make Baldwin look even dodgier. But that doesn’t mean that the police will run into a dead-end necessarily. It’s often possible for law enforcement to recover deleted data of all sorts from a cell phone. It all depends on the technical expertise of the forensic technicians looking for it and how thorough the suspect was in trying to hide it. When you delete a photo, text message, or other items from your phone, the data isn’t really “deleted.” Just like with your computer, the system simply “forgets” the address of where the data is stored on the phone. If it hasn’t been written over by new data yet, it’s possible to recover it. Of course, a savvy enough person can intentionally “scrub” their phone, but that would be fairly obvious to the investigators, raising even more questions.

What we still don’t know is what could possibly be on the phone that might be incriminating. I’ve yet to hear a single suggestion that the shooting was anything other than a horrible, tragic accident caused by catastrophically bad (and perhaps even criminal) firearms safety procedures. It’s difficult to imagine what might be on the phone that would make Baldwin look any worse than he already does. Perhaps we’ll find out in due time.

One other recent development that’s worth noting is that the armorer from the movie set, Hannah Gutierrez-Reed, has filed a lawsuit against the company supplying the props for the movie. She claims that PDQ Media Arm & Prop sold her assistant a box of ammunition containing both live and blank rounds, misrepresenting the contents of the box and leading to the tragedy. That claim strikes me as being rather odd. After all, even if there were live rounds in the box, it was still her job to inspect them all.

Apparently seeking to provide cover for herself, the complaint from Gutierrez-Reed goes on to say that she was told that the gun was not going to be used in the scene that the crew was working on in the church, so she left it there for approximately fifteen minutes while she went to attend to other duties. But shouldn’t she have taken it with her if it wasn’t needed for the scene they were rehearsing? In the end, the armorer may wind up being the person most culpable in Hutchins’ death, even if no charges end up being filed.