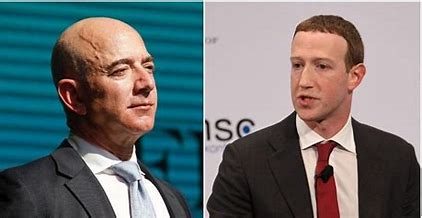 Amazon and Facebook parent company Meta spent more money in 2021 lobbying lawmakers and officials than any year before, according to lobbying disclosure filings.

Google’s lobbying spend for 2021 clocked in at $11.5 million, while Microsoft spent $10.3 million and Apple spent $6.5 million, according to MarketWatch’s review.

The high totals come amid increasing government scrutiny of the tech industry as regulators and lawmakers alike look to crack down on the companies’ perceived anti-competitive behavior, as well as target social media “misinformation,” hate speech and online censorship.

The House Judiciary Committee advanced six antitrust bills in June with bipartisan support targeting major tech companies including Amazon and Meta, while the Senate Judiciary Committee has advanced two companions to the legislation so far. One bill, the American Innovation and Choice Online Act, is explicitly designed to curb practices similar to those Amazon employs when it preferences its own line of products on its online marketplace.

Meta finds itself embroiled in two antitrust lawsuits filed by the Federal Trade Commission and state attorneys general over its acquisitions of Instagram and WhatsApp. The company was also the subject of several high-profile Senate hearings after former Facebook employee Frances Haugen leaked internal documents to the press revealing internal research on the effects of Facebook’s algorithms.

Amazon, Meta, Apple, Google and Microsoft all lobbied on each antitrust bill, as well as on issues related to immigration, trade and technological innovation.