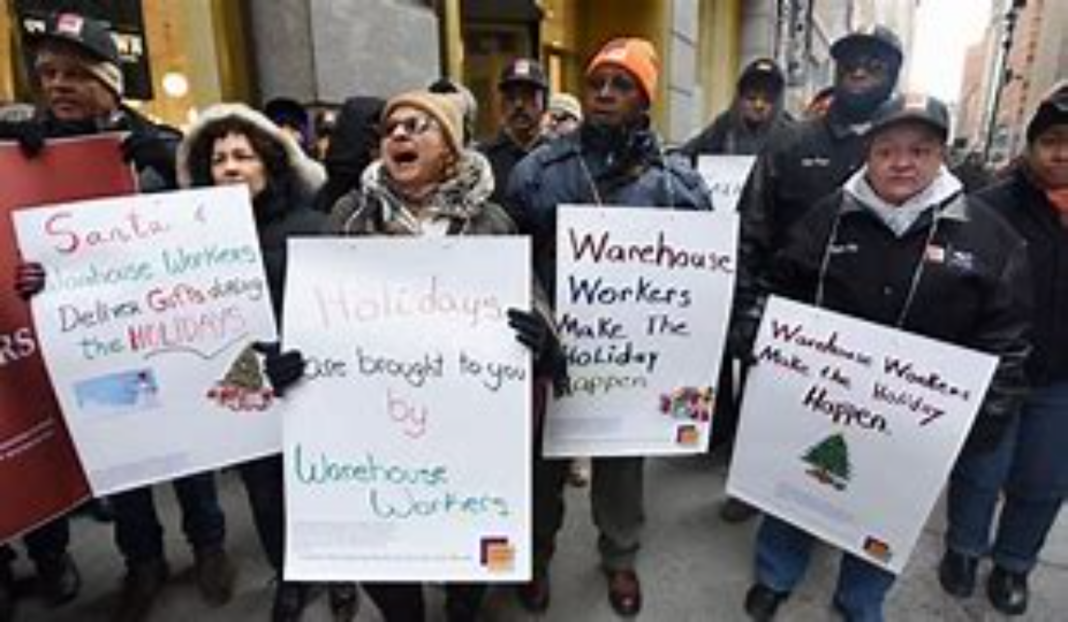 Is this safety complaint a reference to riot-ridden Portland, or a contract dispute with the retail giant? It’s the latter, as well as another potential front against arguably monopolistic behavior. It’s desperate enough that the two delivery partners for Amazon are risking cutting off their noses to spite their faces;  as the Oregonian reports, both companies have only one client, which is part of the problem:

Two large delivery companies serving the Portland area notified drivers this week they will stop working with Amazon, their only client. In an email to drivers, one of the contractors cited “unsafe” working conditions and a deteriorating relationship with the retail giant.

“Amazon has been nickel and diming us so bad that if we don’t make change we can no longer offer the support and incentives that thus far we have been able to provide. This leaves all of you without help to do over 200 stops while getting paid less to do so,” Tracy Bloemer, co-owner of Last Mile Delivery, wrote in a note to her drivers Wednesday.

“For 2 years now we have heard your concerns and outrage when it comes to how Amazon treats the delivery driver,” Bloemer wrote. “We believe most of the routes are unsafe and require drivers to deliver in an unsafe manner.”

The reference to “nickel and diming us” confirms this to be a contract dispute. The statements make clear that their complaints precede the riots that erupted last year and continued all the way to the present day. The specific complaint about “200 stops” a day makes it sound as though they’re not complaining about Antifa or autonomous zones, at least primarily.

In fact, the safety issues sound a lot like a monopoly enforcing its will on contractors. There’s a reason why Amazon is their only client, after all, and a lawsuit being prepared by an attorney representing both firms says Amazon keeps arbitrarily changing the terms of the contract and interferes with their staffing. While these two firms do a significant amount of Amazon’s deliveries, the Oregonian makes it clear that Amazon has other options, including its in-house staff:

The two companies have about 155 drivers between them averaging 22,000 Amazon deliveries each day in the Portland area. That may not be enough to disrupt Amazon’s local deliveries and get the company’s attention. The Seattle-based company uses other delivery contractors, including the U.S. Postal Service, and has its own drivers, too.

But Portland attorney Tom Rask, who represents both Last Mile and Triton, said the companies are preparing to sue Amazon for “arbitrarily, capriciously and unreasonably” changing the terms of their business relationship. He said Amazon frequently dictates new terms of its agreement with the two Oregon companies, cutting delivery fees, changing work requirements and even firing the contractors’ own drivers without notice.

Still, one has to wonder why these two companies would rather do no business at all than deal with their one and only client. The fact that Portland seems especially restive may just be a coincidence, but it’s a very large and continuing coincidence. Protesters gathered again last night over a police shooting, and some in the crowd attacked police — even though witnesses stated that the white suspect was armed with a knife and refused to comply:

A crowd of protesters grew at the scene throughout the evening and the situation became tense at times between protesters and police.

Police said people in the crowd threw objects and that someone grabbed an officer’s baton. Another officer intervened and was sprayed with a chemical, police said.

According to Portland police, as officers were trying to clear the scene, a group flattened tires and broke windows on a patrol vehicle.

Under the circumstances, one can understand why drivers and delivery people would find it unsafe to do their work in Portland. Or why anyone who doesn’t live there would want to avoid the city altogether. But that doesn’t change this into anything other than a contract dispute — and another reason for Congress to consider Amazon’s monopoly position in the market.