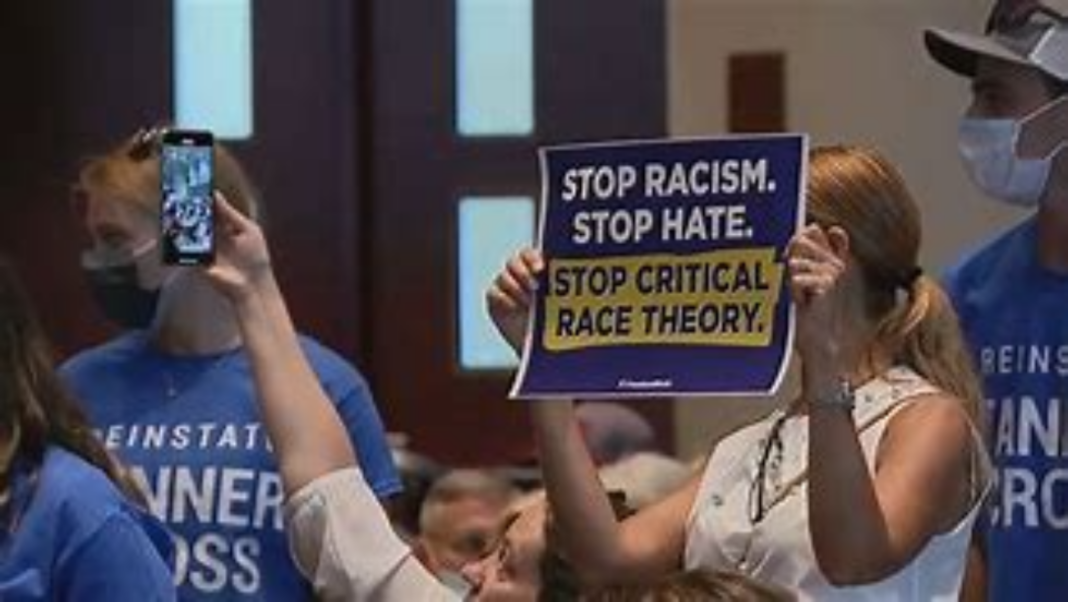 In his own words, Virginia parent Michael Rivera isn’t normally the type of person to make big speeches.

“I, like all of you, live a quiet and private life. I like to stay at home,” Rivera told a crowd of about 250 in Leesburg, Virginia. “I don’t necessarily like to spend my time at school board meetings, but we have to do it.”

Rivera, 55, was one of the many concerned Loudoun County parents, teachers, and other locals who attended the Saturday rally outside the Loudoun County Government Center to protest the teaching of critical race theory in the county’s public schools.

Rally attendees heard from a variety of speakers, who included concerned teachers and parents as well as Ian Prior, executive director of the group Fight for Schools, and Mike Gonzalez, a senior fellow at The Heritage Foundation.

But perhaps no story resonated more strongly with the crowd than that of Rivera, who has a son in a Loudoun County middle school and a daughter in a county elementary school.

His two children also happen to be biracial, and his daughter has special needs.

“I don’t subscribe to identity politics, but since I married a wonderful woman who happens to be white, my son is white,” Rivera told the crowd. “My daughter tends to favor her Hispanic heritage.”

“According to critical race theory,” he added, “my son should have white guilt and white privilege, simply because of the color of his skin.”

A new group called Parents Against Critical Theory, working with Heritage Action for America, organized the rally.  Heritage Action is the partner organization of The Heritage Foundation, and The Daily Signal is Heritage’s multimedia news outlet.

“Racism, under CRT, is ‘systemic’ and ‘structural,’” Heritage’s Gonzalez, who has written about critical race theory, said in his remarks to the crowd. “It is embedded in America’s legal system, institutions, and free enterprise system, and imposes white behavior as the societal norm. The system, including our capitalist system, is ‘rigged’ to reward white behavior and preserve white supremacy.”

But although critical race theory was the star of the show at Saturday’s event, it was far from the only issue discussed.

Ripples from the ongoing lawsuit by elementary school gym teacher Tanner Cross were in evidence throughout the day, and the news that the Loudoun County School Board would appeal a judge’s June 8 order that it reinstate Cross sparked outrage among many attendees.

The school system had suspended Cross with pay for saying at a school board meeting May 25 that he couldn’t obey a proposed policy requiring teachers to refer to students by their preferred personal pronouns, regardless of their biological sex.

The Loudoun County School Board “is absolutely a political body, and some of the members’ political aspirations and personal beliefs are driving their agenda, with no regard for the desires of the parents of Loudoun County,” Rivera said, echoing the sentiments of many other speakers.

Loudoun County, about an hour west of the nation’s capital and one of the wealthiest local jurisdictions in the nation, is earning a reputation for imposing unpopular leftist policies against the wishes of parents.

In 2019, parents objected to the school board’s decision to introduce sexually explicit and pro-transgender material into the curriculum. Last year, parents protested a proposed change that would force teachers to comply with the left’s “anti-racist” messaging.

“In the long term, our kids will be indoctrinated,” Rivera warned. “It’s propaganda, it’s not based in any exact science.”

“As parents,” he said, “we all need to be concerned that our children are being taught to see color and use color as a primary identifier to judge others. All white people are not racist, or guilty, or privileged, period.”

Through all the speeches, however, came a message of hope.

As each speaker approached the podium to express distaste for the school board’s actions, the rallying cry to act for the sake of Loudoun County’s children became a bit stronger.

Prior, a county resident whose group Fight for Schools says it supports “commonsense” education policies, summed it up.

“We’re fighting for our freedoms, our children’s freedom for generations in Loudoun County, Virginia,” he said. “We are the shield that will stop this abuse of our children.”

Rivera said he shares that sentiment.

“Our children’s lives are untouchable,” Rivera said in an interview with The Daily Signal. “To let our children become wards of the state is an abject failure of parenting.”

VoterGA: We got the order to unseal the ballots