Home News America: An angry Nation about the way things are going 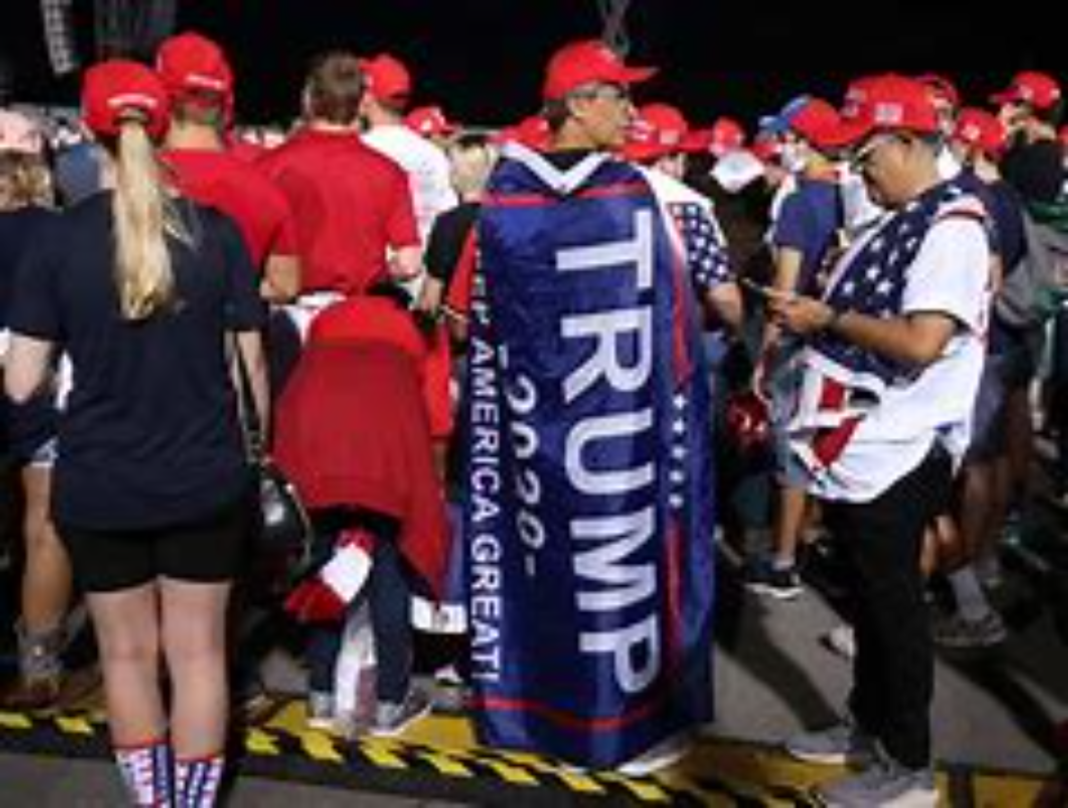 Coming to us from the “Well, duh” department, CNN just released a poll asking Americans of all stripes a few basic questions. At the top of the list was a request to know if people felt “angry” about the way things are going in America these days. That was paired with a question regarding how relatively well or poorly things seem to be going. Go ahead and take a moment to predict what the results might have indicated. If you assumed that a lot of people are pretty unhappy with the current state of affairs and are getting rather riled up over it, give yourself a cookie. The outlook is not brilliant in the opinion of a very sizable majority of Americans who were surveyed and the current state of the nation is pretty much resembling a dumpster fire. The numbers really weren’t even close, and it crosses partisan lines in almost all demographics. (Washington Times)

Americans are fuming and pessimistic at this time, that’s for sure.

A new CNN poll finds that 74% of U.S. adults now say they are “very or somewhat angry” about the way things are going in the U.S. today — that includes 88% of Republicans, 70% of independents and even 67% of Democrats. But wait, there’s more.

Another 69% of U.S. adults now say that things are going “pretty or very badly” in the country these days — that includes 91% of Republicans, 72% of independents and 49% of Democrats.

Drilling down past the public’s general impression of how things are going, there were a couple of specific policy issues addressed. The most interesting one came on the question of illegal immigration. The White House won’t be pleased to learn that 77% of the public believes that it is important that the federal government “stops the movement of undocumented immigrants into the United States.” That response was shared by virtually all Republicans, three-quarters of independent voters and even a slim majority (52%) of Democrats. Yes, folks… the Biden border crisis remains real and people have noticed, even if most of the mainstream media wants to pretend it’s not happening.

The high number of people who consider themselves to be “angry” to some degree shouldn’t be too surprising, but we should also remember that not everyone is angry about the same things. There seems to be quite a bit of anger across the board over our botched withdrawal from Afghanistan, and that anger is showing up virtually everywhere except among cable news hosts. (They are desperately trying to “move on” from the Afghanistan story, but to little avail thus far.) The loudest drivers of those complaints are probably found among conservatives. But there are more than a few angry liberals out there as well. They’re upset about everything from the failure of Democrats to kill the filibuster and drive through their massive spending agenda to the new abortion law in Texas.

In that sense, the Biden administration can probably take at least some comfort in these poll numbers. Joe’s supporters may be angry, but that doesn’t necessarily mean that they’re angry at him. Or at least not all of them, anyway.

So what needs to happen to cool the relative temperatures of these dissatisfied Americans and return things to a more reasoned and stable status quo? Beats me. For the politically engaged in this country, it seems that debate has become a blood sport. And we’re seeing far too many protests erupting into physical violence, though that’s thankfully still a relative rarity. The two “teams” have essentially picked their sides and are possibly enjoying the battle more than the prospect of achieving their desired outcome.

But with that said, I will once again point out the reality we discussed when examining another recent poll about the greatest dangers facing the nation. When I specified that we were talking about “the politically engaged” in the last paragraph, I was attempting to once again draw an important distinction.

The people who tend to answer these polls are generally the more politically active and opinionated. They still make up a relatively small segment of the country. Many more don’t really get all that riled up or even pay much attention except right before an election. Heck, roughly half of the eligible people in the country don’t even bother to vote. They’re out there just trying to get on with their lives and they’re far more likely to be watching ESPN or the Do It Yourself network than any political news shows.

So, yes, there are no doubt a significant number of angry people out there. But they are far from the majority. Take some comfort from that thought as you wish.