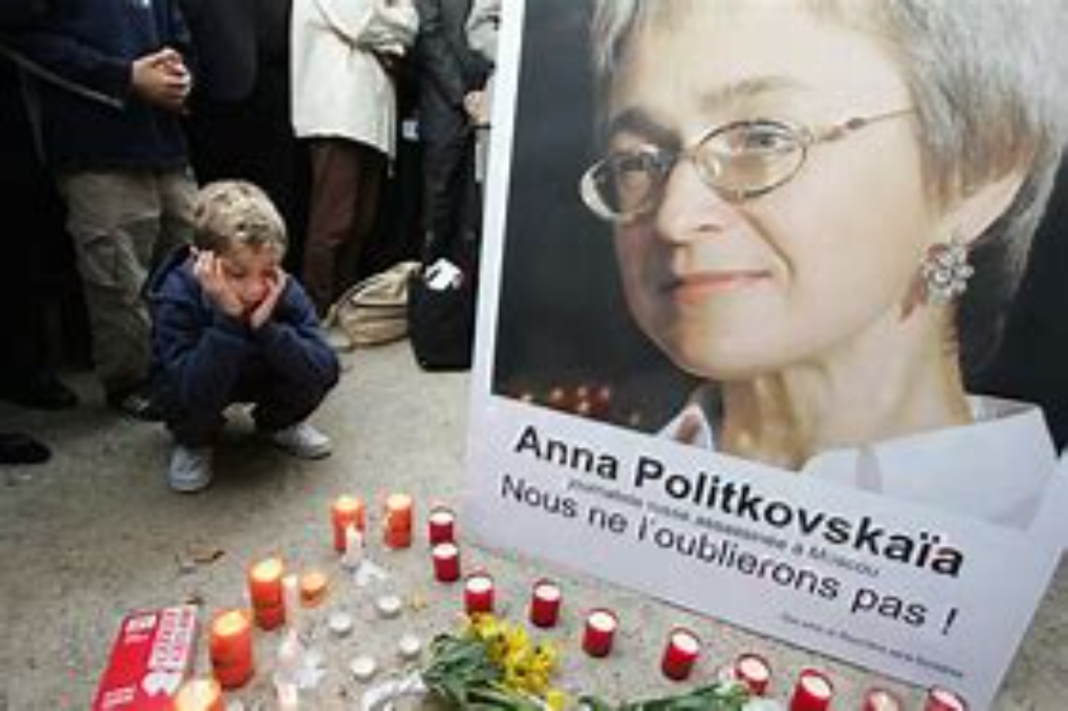 Forget, suppress, overlook, erase — that’s how the regime in Moscow has dealt with the murder of the investigative journalist and human rights activist Anna Politkovskaya. And the authorities would like nothing better than if the 15th anniversary of the event could somehow just be done with.

The Kremlin takes offense when asked why the masterminds behind the killing have still not been caught and punished. The Russian state today represents what Politkovskaya, before her death, described as a country with the “most corrupt judiciary in the world.”

In June 2014, two men were given life sentences by a Moscow court for Politkovskaya’s murder. But critics say the masterminds remain unknown

But, it wasn’t always the case. Even in 2006, the year that Politkovskaya was killed, there was still hope that Russia could develop into a democracy. There were the hopeful beginnings of a civil society.

For those who love Russia, it is painful to see what has become of this hope. Russia has morphed instead into a dictatorship.

To be sure, things are better today than they were in the Soviet Union. But the parallels to Soviet rule are hard to deny. The Russian government persecutes, poisons and murders those who campaign for freedom,human rights and a life of dignity. The completely arbitrary prison sentences handed out toVladimir Putin critic, Alexei Navalny or rights activist Oyub Titiev, the murder of Boris Nemtsov, a leading Russian opposition figure and the house arrest of Russian film director, Kirill Serebrennikov are only the best-known examples. At the local level, there are hundreds of other dissidents who have faced repression, though their cases make fewer headlines.

Anyone who has proclaimed violence as his method inexorably must choose lying as his principle – that’s what dissident writer, Alexander Solzhenitsyn, once wrote about the Soviet Union, and it still applies to Russia today.

Anyone who dares to write the truth about conditions in the country is flirting with danger and risks the ire of Putin and his circle. That is why most journalists avoid or gloss over issues such as rampant corruption, declining living standards, rigged parliamentary and presidential elections, rural exodus, sagging infrastructure or the flight of hundreds of thousands of often well-educated people.

But, not Anna Politkovskaya. She was different. She wrote about the atrocities of the Chechen war and the corruption among the military and secret services. As a result, the state-controlled Russian press labeled her a traitor to her country and a subversive force working for foreign powers.

Yet Politkovskaya lived up to the very definition of a patriot – someone who is willing to make sacrifices for the common good. In other words, the opposite of the Kremlin propagandists who enrich themselves at the expense of the people. Anna Politkovskaya received several death threats. But she did not let that intimidate her. She could have led a comfortable life in the West. But it was a temptation she resisted and ended up paying a high price for.

Was Anna Politkovskaya’s sacrifice in vain? More generally, were the sacrifices made by Russia’s human rights activists, such as Solzhenitsyn, Sakharov and hundreds of others, in vain? Only cynics and absolute materialists will answer in the affirmative. But those who have not completely silenced the voice of their conscience know that it is heroines and moral role models like Anna Politkovskaya, who make life more humane, more just and thus more worth living.

That is why the world will continue to remember the murdered civil rights activist, Anna Politkovskaya despite all the propaganda campaigns of the Kremlin.

China: The origin of the coronavirus