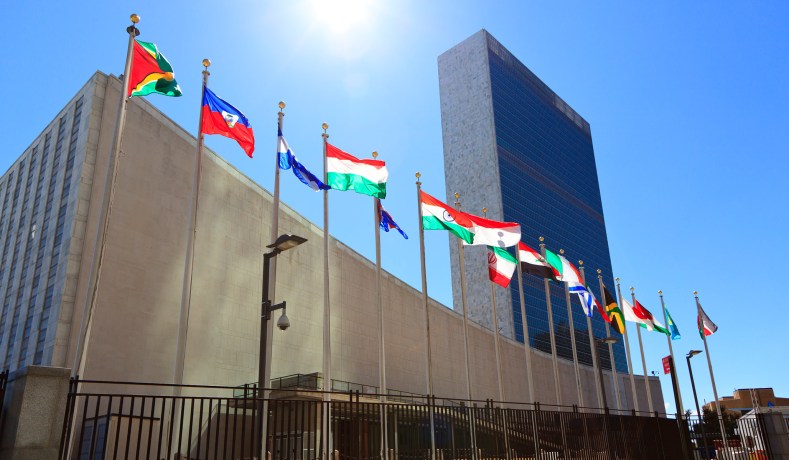 The United States, Antony Blinken announced this afternoon, will “restart U.S. economic, development, and humanitarian assistance for the Palestinian people.”

In addition to reviving direct U.S. funding to a variety of projects in Gaza and the West Bank, this will also include $150 million to the U.N. Relief and Works Agency, a specialized organization that aids Palestinian refugees. The Trump administration had suspended funding to UNRWA in 2018, calling the agency “irredeemably flawed.” And it remains so today.

First, it’s worth recalling the true purpose behind UNRWA’s creation. Consider that of all the millions of people displaced around the world, only Palestinian refugees have their own, distinct U.N. agency. Refugees from every single other country on the planet instead seek assistance from the U.N. High Commissioner for Refugees.

In addition to that, although the agency purports to represent over 5 million refugees who it claims may one day return to Israel, most of them don’t actually qualify as refugees according to the U.N.’s criteria. Most have never even stepped foot in the country, since they were born well after the 1948 conflict. According to a recently released U.S. government assessment, the number of true refugees, applying the standard criteria, ends up at around 200,000, and perhaps even less than that.

So why stand up this separate organization? The very existence of the program, and the widespread support that it consistently receives at the U.N. General Assembly, stands as yet another example of the U.N.’s pervasive, institutional bias against Israel. After the U.N. Human Rights Council, which disproportionately singles out the country in its every session, UNRWA is the single most obvious example of this discrimination, which is designed to make Israel into a pariah state on the international stage.

The agency also, unsurprisingly, harbors an overtly anti-Semitic attitude stretching back several years. In 2015, the NGO watchdog UN Watch documented eleven separate agency employee accounts that shared violent and anti-Semitic imagery, including one that spoke favorably about the murder of “a group of collaborators with the Jews.” Each of these employees also identified themselves as UNRWA staff. The UN Watch Report also noted that an official page run by UNRWA Staff in Syria posted a picture depicting a figure wearing a Star of David as shooting a baby. Other examples abound.

Not much has changed. As recently as January, the agency’s head had to apologize when it was revealed that UNRWA had been distributing textbooks that glorified terrorism and referred to Israel as “The Enemy” and the “Zionist Occupation.”

So, naturally, Israel expressed its displeasure at the Biden administration’s decision. “In conversations with the U.S. State Department, I have expressed my disappointment and objection to the decision to renew UNRWA’s funding without first ensuring that certain reforms, such as stopping the incitement and removing the content from its educational curriculum are carried out,” said Gilad Erdan, Israel’s U.N. and U.S. ambassador, in a video statement this afternoon.

Echoing Blinken’s statement, Washington’s own U.N. envoy, Linda Thomas-Greenfield, argued that the administration will pursue this resumption of funding “with our shared values of neutrality, accountability, and transparency, and we look forward to working with UNRWA to advance relevant reforms.”

But the agency has proven itself to be incapable of any sort of neutrality. That’s because it serves a political, not a humanitarian, function, and it’s rotten to the core and immune to reform.

If Chauvin Not Convicted in Floyd Trial, America Will Be in...