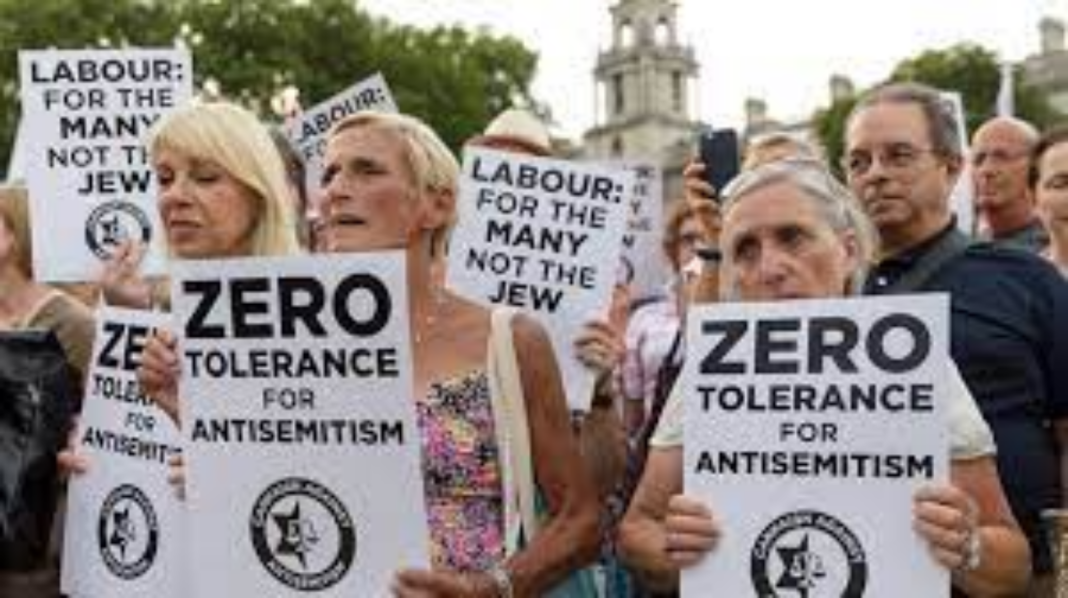 A few days ago, New York governor Andrew Cuomo sent extra state patrols to Jewish neighborhoods after a rash of attacks, including the beating of a man by a mob in midtown, a brick flying through the windows of a kosher pizza store, and “protesters” spitting at and threatening restaurant patrons. I had initially missed the story. Since anti-Jewish attacks in Brooklyn aren’t primarily the work of white supremacists, the incidents don’t garner widespread attention.

No matter. I’d suggest Jews go out and arm themselves to deter these kinds of assaults, but, of course, New York makes that extraordinarily difficult. And we shouldn’t exaggerate the circumstances — hate crimes are still rare and the United States is perhaps the safest place for Jews.

That said, it would be a tragedy if we were on a European trajectory. There, the kinds of lies and smears now being normalized and spread by likes of Alexandria Ocasio-Cortez, Rashida Tlaib, and other progressives on the floor of Congress have manifested in harassment and violence against Jews. Nearly a quarter of the French, for instance, believe in some Jewish conspiracy theories. Nearly half of the French say that Zionism is a plot for world domination. Much like American progressives, the European Union helps fuel this animosity by singling out the Jewish state for endless and nearly exclusive reprimand, while at the same time ignoring the atrocities around the world.

In Europe, few Jewish organizations are left to push back against these currents. Indeed, in the United States, Jewish organizations — the cowardly ADL and others — also largely exist to mollify leftist partisans and crusade for progressive causes. These places are populated by people who exhibit bravery by putting triple parentheses around their Twitter handles; the kind of people who work harder to cancel Tucker Carlson than expose the spread of blood libels by elected officials. These are the kind of people who propose American Jews take off your yarmulkes, as they must in Paris suburbs. “It pains me to say this,” Aaron Keyak, Joe Biden’s head of Jewish engagement during the campaign and transition, recently tweeted, “but if you fear for your life or physical safety take off your kippah and hide your magen david. (Obviously, if you can, ask your rabbi first.)” In 2020, Keyak blamed Trump for anti-Semitic attacks, saying, “We see how Trump has been remarkably weak on anti-Semitism and has endangered Jews by making us all less safe.” Today, he has no idea why it’s happening.

Like here, media coverage of Europe gives the impression that anti-Semitism is largely the handiwork of angry ethnonationalists. As one EU study found, among the most serious incidents of anti-Semitic harassment in European Union, 31 percent include someone the victim did not know, but 30 percent were perpetrated by someone with extremist Muslim views; 21 percent with someone who held left-wing political views; 16 by a colleague from work or school; 15 percent by an acquaintance or friend; and only 13 percent by someone with known right-wing views. This, of course, is inconvenient to talk about.

In 2015, France, the largest Jewish community in Europe (which, it should be noted, is now only at 500,000), the government sent ten-thousand troops across the country to guard hundreds of Jewish sites. French soldiers patrol streets in places like Sarcelles to protect Jews from “anti-Zionist” violence. Every year there are gruesome acts of violence and murder perpetrated against Jews. Hey, in France, you can throw an elderly Jewish woman off a balcony while yelling Allahu Akbar as long as you smoke-up first. In Germany, you can throw Molotov cocktails at a Jewish place of worship as long as you’re doing it to “bring attention to the Gaza conflict.” For the average Jew, the situation in Europe is worse now than perhaps any time since World War II. We are nowhere close to it. But we’re certainly headed in the wrong direction.