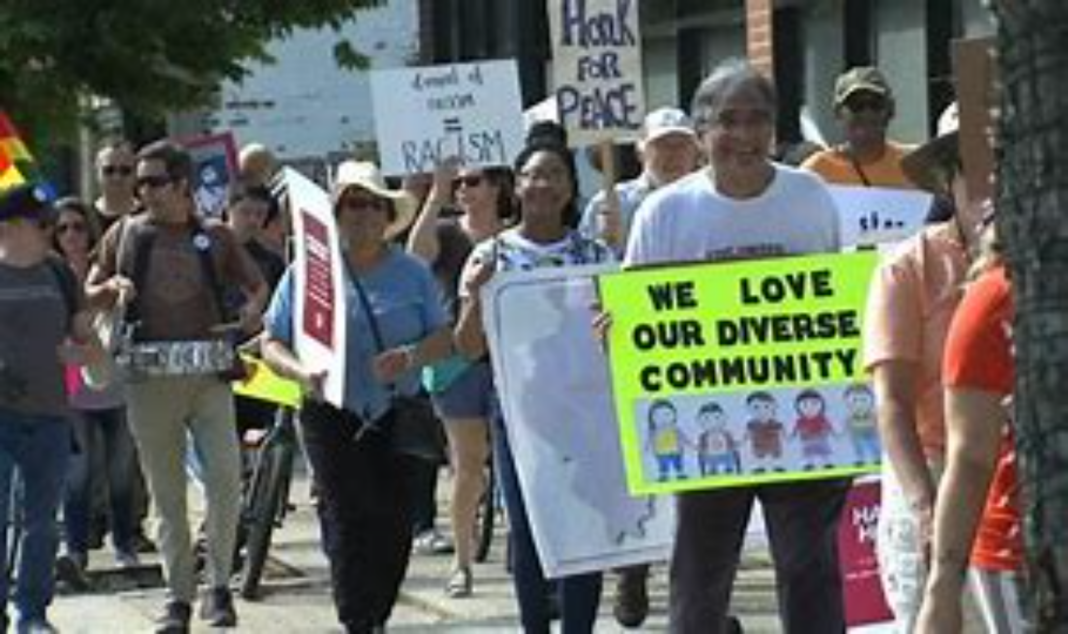 A discrimination lawsuit has been filed against the Evanston, Illinois school district for segregating students and teaching an anti-white racist curriculum to students beginning in kindergarten.

The suit claims that the Evanston/Skokie School District 65 is engaged in “treating individuals differently because of their race.”

Breaking: @SLF_Liberty has filed a discrimination lawsuit against Evanston School District. The school engaged in racial segregation, depicted “whiteness” as a devil, and taught that whites are inherently oppressive.

BizPacReview reports that “the suit accuses Superintendent Devon Horton of telling teachers, ‘If you’re not antiracist, we can’t have you in front of our students,’ and contains an infographic depicting whiteness as the devil while teaching kids that whites are inherently evil.”

Teachers in the district were separated by race, instructed on the problems with “white talk” and “white privilege,” and required to participate in “privilege walks.”

Students as young as kindergarten were separated by race into “affinity groups,” told to participate in “privilege walks” based on their skin color, and given books depicting “whiteness” as a devil that “mess[es] endlessly” with “all fellow humans of color.”

The children were also taught “whiteness is a bad deal,” white people send “overt and subliminal messages” that they are “superior” and black people are “bad, ugly, and inferior,” and color-blindness is racist.

The school website proclaimed 5-year-old children, “especially while children,” are not “racial innocents.” The complaint alleges these discriminatory and hostile practices violate Title VI of the Civil Rights Act and the Equal Protection guarantee.

“For years now, race-based programming has overtaken District 65 in the name of racial ‘equity,’” the lawsuit says. “What seems like a relatively benign cause—also euphemistically called ‘social justice,’ ‘diversity and inclusion,’ ‘critical race theory,’ and ‘culturally responsive teaching’—is actually code-speak for a much bigger and more dangerous picture: the practice of conditioning individuals to see each other’s skin color first and foremost, then pitting different racial groups against each other.”

According to the lawsuit, plaintiff Stacy Deemar, a white teacher who has been with the district since 2002, filed a complaint with the U.S. Department of Education’s Office of Civil Rights in 2017 alleging “that District 65 was segregating teacher meetings by race, imposing hiring quotas based on race, hosting racial affinity groups for staff, forcing teachers and students to undergo frequent race-based programming, and maintaining general policies and practices that classified individuals based on race.”

BPR reports that “the OCR initially found that District 65 was in violation of Title VI of the 1964 Civil Rights Act, but later rescinded its determination.”

Evanston recently made headlines for holding a “Juneteenth” parade and a Pride parade, but cancelling their Independence Day parade and fireworks.

Amazon prevents third-party sellers from selling their products at a lower...

Astroworld music festival:9-year-old Fan who was trampled by crowd dies from...