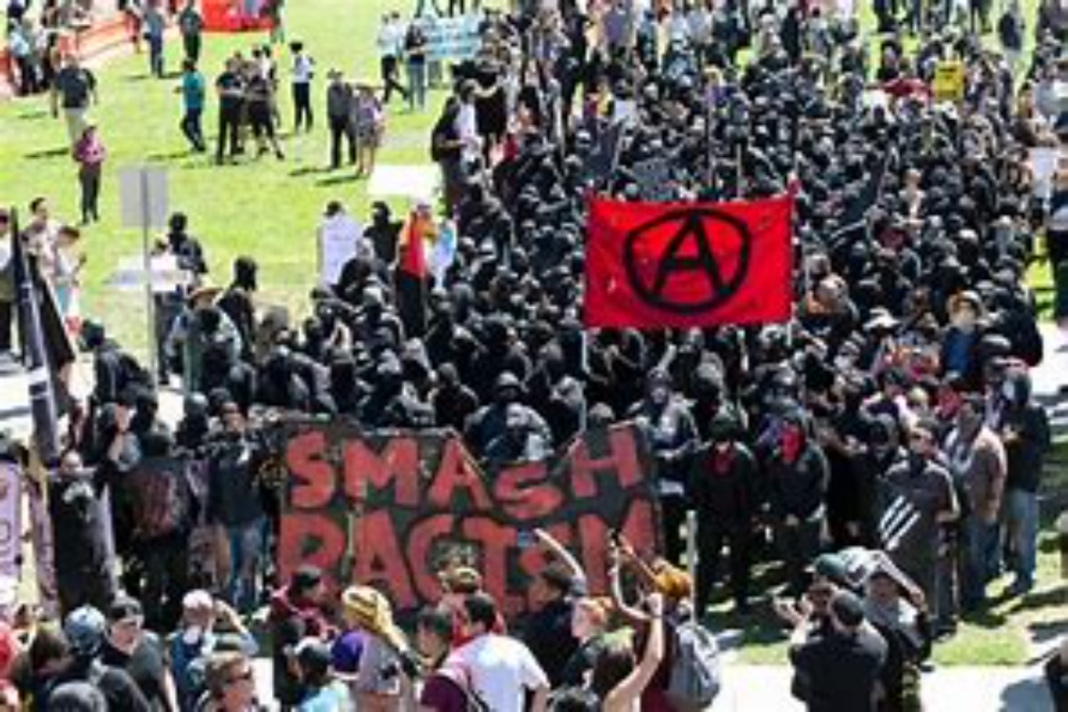 Charlotte, NC — Twitter is back to their typical hypocritical actions in their latest move. By now, you have probably heard how the social media giant banned Marjorie Taylor Greene over comments she made.

Specifically, Greene tweeted that there should not be a full approval of COVID vaccines as there have been many reports of breakthrough infections. She suggested that the vaccines are not working and spoke of how mandates and vaccine passports are a violation of freedom.

You can see the tweet that got her banned below.

Obviously, big tech has a major problem with this and immediately banned her from the platform yet again. Liberals celebrated the move and Twitter for taking the action.

But where is the action against a domestic terrorist group that is actively recruiting and spreading propaganda online?

There is no action. In fact, Twitter has allowed a tweet by the PNW Youth Liberation Front to remain pinned ot the group’s page for the past few days. The tweet can be seen below.

The group is actively calling on people to fight. Do you remember a time, say January 6th when suggesting that someone fight was inciting violence and causing an uprising? But apparently, that only applies when someone on the right is saying it.

This group gives out extremist literature and members of the group were responsible for a murder last year. That’s no concern to Twitter however because they are a radical group themselves. Twitter is openly supporting violent extremist recruiting while censoring an elected US representative who questions the effectiveness of a vaccine.

Now take a look at Greene’s tweet. Nothing in that tweet said that a vaccine would harm anyone. She did not make accusations of any other conspiracy. She simply shared that the vaccines are not proving effective at preventing COVID spread and that the vaccines should not receive full approval.

How dare she question the big tech, radical left agenda of forced compliance! How dare she suggest that their chosen weapon to mandate obedience in US citizens may not be effective.

If anyone on the right says anything about fighting for America, defending the nation, fighting for freedom, government shutdowns, restrictions, vaccines, or vaccine passports, they face immediate censorship among big tech platforms and ridicule from the mainstream media. But you can openly recruit members to your violent extremist group, that has continually promoted anti-American propaganda, aided in murder, and openly called for the destruction of our nation.

I know I am not the only one to see this issue here. What’s even more concerning is that Twitter and other big tech platforms attempted to hide their radical agenda behind “protecting you from misinformation.” Nothing in Greene’s tweet was spreading misinformation. In bold letters on the CDC website, it says “vaccine breakthrough cases are expected.”

Did you see Joe Biden’s Twitter account restricted for his spreading of misinformation at the CNN town hall? Absolutely not. The radical left is still thrilled with their puppet and the big tech outlets continue to allow him to tweet away. At least they are not mean tweets right?

If they were truly protecting Americans from misinformation, they would block Biden’s Twitter, or ban him from the platform completely. He’s lying to people about the effectiveness of the vaccine. He’s lied about the number of people taking the vaccine as well.

But they do nothing. They allow this radical bias. They allow extremist recruiting. All in the open where anyone can see it.

So what is the real problem here? Is the real problem in our nation “right-wing ideology” as we hear the radical left say? Or is the problem the outright anti-American agenda that is taking place right before our eyes?

Douglas Carswell, a Brit in Mississippi