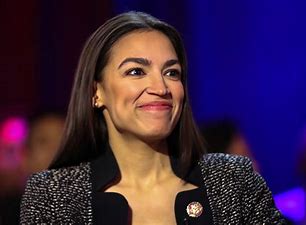 Conservatives on Twitter didn’t mince words when reacting to Rep. Alexandria Ocasio-Cortez, D-N.Y., present her scheme to keep as many abortions happening in the U.S. as possible.

In the wake of the Supreme Court decision in the Dobbs case last Friday, which overturned Roe v. Wade, AOC has been urging protesters, voters and the federal government to rise to the occasion and protect abortion rights in the United States.

In a speech she gave on the night of the decision, AOC presented the idea that the U.S. government could get around red state laws banning abortion by putting abortion clinics on federal lands in said states.

Before a crowd of pro-abortion protesters, the congresswoman exclaimed into a microphone: “Yeah, I’ll start with the babiest of the babiest of baby steps. Open abortion clinics on federal lands in red states right now!”

For good measure, she added, “Right now!” twice more on the end of her call to action as the crowd screamed their approval.

Since her speech, AOC has made other remarks defending Roe v. Wade. During last Sunday’s Meet The Press, she stated, “This decision and this policy will kill people no matter what their spin and what their talking points are.”

Pagliarulo posted a subsequent tweet commenting on a video of AOC talking about voting pro-life Democrats out of office. The host wrote, “yup.. they are 100 percent the party of killing unborn children.”

The official account for Candace Owens’ talk show simply tweeted, “No,” in response to the video.

Every Republicans must go out to vote because the future of our country depend on us.

Manchin And The Democrats Are Making The IRS More Powerful Than...

A Disgusted Katie Pavlich Points Out It’s 3:30 pm and Biden...