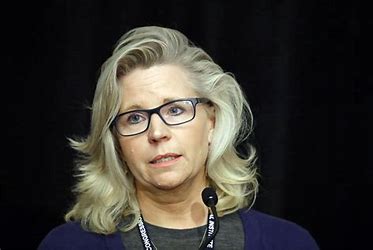 We went over this last month. Technically, yes, there’s a chance Cheney could pull together a coalition of Democrats and anti-Trump Republicans to put her over the top in her primary. She caught a major break last week when Trumpers’ effort to change Wyoming’s election law failed. Currently the law allows any voter to change their party registration on the day of a primary, making them eligible to vote in that primary. MAGA fans wanted that repealed; the state legislature wouldn’t go for it. So, in theory, every Democrat in Wyoming could march down to the polls on August 1, re-register as GOPers, and cast their ballots for Cheney.

And Cheney caught a second break. Currently, and presumably by design, there are no Democrats running for the state’s House seat. She has Democratic voters to herself.

The wrinkle is that there are aren’t enough Dems in Wyoming to win a primary for her, or even to make it close. She’ll still need a sizable minority of Republicans to link arms with the Dems to pull off a miracle.

Is that likely when even Dick Cheney is unpopular in Wyoming now because of who his daughter is?

Exhibit 4,000 on how profoundly the GOP has changed / is changing: slide from a Dec. poll of Wyoming GOP primary voters by Tony Fabrizio, for Hageman’s super-PAC.

Today’s a fine day to revisit that question since Cheney is hosting a major fundraiser tonight in Virginia with special guest Mitt Romney. The pre-Trump GOP will be out in force, so much so that the hosts had to move the event to a larger venue according to CNN. Dick and Lynne Cheney will be there, as will Michael Chertoff, Scooter Libby, Carly Fiorina, Ted Olson, and Miguel Estrada, among others. That’s a … strange coalition to join forces with Wyoming’s Democrats but less strange when you consider Cheney’s political identity now. She’s nominally a Republican but more than anything she’s known as Trump’s fiercest critic on the American right. (“That baton has passed to Liz. She is the one,” said one GOP operative to CNN.) Go figure that two blocs that have no use for him, Democrats and traditional Republicans, might be willing to ally briefly to wage war against the assembled MAGA forces in Wyoming.

Politico went sniffing around the state to see if it could find any Dems willing to support Dick Cheney’s very conservative daughter. It did.

“I think her politics are crap, but I like how much hate she gets from the people of Wyoming,” said a 27-year-old event planner who will register as a Republican for the first time to vote for Cheney. He asked not to be named because “it’s a small town.”

“There are a lot of things about her that don’t appeal to me as a gay man,” he said. “She was not supportive of her sister until it came out in the news, and that is a big red flag. … At the same time, it’s Wyoming, a population of 500,000. Every vote counts.” Wyoming’s population is just under 579,000, according to U.S. Census figures.

Pete Jenkins, 54, a contractor who’s lived in Wyoming for three decades, said he identifies personally as a Democrat — he did not vote for Trump in 2016 or 2020 — but is registered as a Republican just to have some influence in Wyoming politics. He said he intends to vote for Cheney — and has heard from lots of other Democrats planning to do the same.

“I think it’s a fairly popular thing,” he said of the party-switchers-for-Cheney movement.

One progressive in Wyoming who helped organize Democrats for a moderate Republican in 2018 told Politico that he thinks Cheney has a shot if MAGA candidate Anthony Bouchard refuses to drop out of the race. Bouchard jumped in early, hoping to earn Trump’s endorsement, but that ultimately went to Harriet Hageman. Hageman will doubtless get most of the Republican vote. But if Bouchard hangs in there and cuts her margins, there might be enough left over between moderate Republicans and party-switching Dems to put Cheney over the top.

I find it impossible to believe Bouchard won’t quit, though. If he ignores Trump’s pleas to withdraw and ends up facilitating a Cheney upset, MAGA will hate him. He’d be known forever as the man who sent Trump’s fiercest critic back to Congress.

Cheney’s not the only Trump enemy who might squeak through with help from the other party this summer. John Fund notes that in South Carolina members of either party are free to vote in the other party’s primary. That could be a saving grace for Tom Rice and Nancy Mace, both of whom are on Trump’s sh*t list for disappointing him on big votes. Rice supported impeachment while Mace declined to object to the House’s certification of Biden’s victory. Rice’s district is solid red so Democrats really might be lured into the GOP primary there, since that’s where they can exert the most influence over who ultimately wins the seat. But Mace is stuck in a purple district where Dems have more reason to focus on their own party primary. And they might prefer to face Trump’s handpicked MAGA challenger, Katie Arrington, in the general election rather than the more centrist Mace. I doubt she’ll benefit much from a crossover vote.

Meanwhile, both CNN and the AP think Cheney is likely to primary Trump in 2024, especially if she threads the needle in Wyoming and reclaims her House seat. She’s become a fundraising force thanks to admirers who appreciate her courage in trying to hold Trump accountable, giving her financial fuel for a national run. And because she now seems to view her mission in politics as doing what she can to keep Trump out of the White House again, primarying him makes sense even though she has no hope of victory. The point of running wouldn’t be to win, it would be to exploit the media attention that comes with a presidential campaign to make the case to swing voters that Trump is unfit for office.

In fact, the AP wonders if we’ll have no less than three Never Trumpers in the field in 2024: Cheney, her friend Adam Kinzinger, and centrist Larry Hogan. Normally it’d be foolish for multiple candidates from the same bloc to divide the votes of that bloc among each other instead of unifying behind a favorite to take on the incumbent (e.g., Hageman and Bouchard) but since there’s no prospect of winning in this case that logic is out the window. If the point is to weaken Trump among centrists by using the primary as a platform to critique him, all three might as well run. The more there are, the louder the signal that even some Republicans think it would be nuts to roll the dice on Trump again.

I’ll leave you with this from this weekend’s South Carolina rally. Good luck, Nancy.

Nancy Mace’s video in front Trump Tower backfires as Trump bashes her for making it pic.twitter.com/DeLMnx9uoq