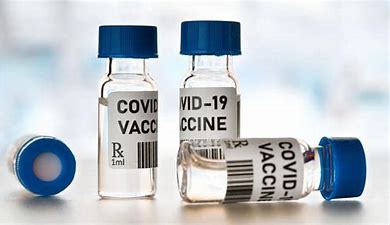 Maybe I should say, “Are the updated COVID vaccines this fall going to work better than the current ones?”

Because the current ones do work to prevent severe illness. The news ones should do that too. What we want from the news ones ideally, though, is an improved chance of avoiding infection and even mild illness. And in theory, a new vaccine that’s tailored to the mutant spike protein on the Omicron variant rather than the spike protein on the original Wuhan virus should do that.

The problem is that Omicron and its subvariants are proving to be pesky about reinfecting people. The fact that you have antibodies seems to be no guarantee that you won’t be reinfected. Those antibodies appear to fall off quickly too, more so than with previous variants. And the Omicron lineage continues to mutate so rapidly that new vaccines might already be obsolete to some degree by the time they reach the market.

Vaccine production is faster today than it’s ever been thanks to the wonders of mRNA technology. But even so, science can’t keep pace with viral evolution in this case.

New variants appear to be even more immune-resistant than the original Omicron strain, raising the possibility that even retooled vaccines could be outdated by the time they become available this fall…

One preprint released last week found that BA.4 and BA.5, which originated in South Africa, are substantially more resistant to antibodies — compared to an earlier strain, and also to the one that’s dominant in the U.S. right now — and thus more likely to lead to breakthrough infections…

“It takes six months for the omicron BA.1 vaccines to be properly tested and then longer to produce them. That’s inevitable,” Cornell virologist John Moore said…

“It’s pretty challenging. We’re very much behind the virus given the speed at which it’s moving,” [Celine] Gounder added.

Gounder thinks they may have no choice but to update the vaccines based on the original strain of Omicron that swept the U.S. last winter, knowing all the while that derivatives like BA.4 and BA.5 are more resistant to the antibodies generated by the shot. Yeesh. On the other hand, it was never clear that an Omicron-specific vaccine would be significantly more protective against infection than the original vaccines were. Until we get something new and qualitatively different — like nasal vaccines aimed at preventing infection via inhaling aerosolized viral particles — we may have to content ourselves with being protected from severe disease only.

Which is a nice consolation prize, admittedly, especially for older people. Senior citizens who were vaxxed and boosted did quite well against Omicron, the “mild” variant, last winter. For the unvaccinated, it wasn’t so mild:

For a spell last year, when senior citizens were flush from their first vaccinations and younger people hadn’t been immunized yet, COVID death rates by age turned topsy turvy with the old temporarily less likely to die than those younger than them. This year, with the entire population enjoying some degree of immunity, expectations based on age have reasserted themselves. A super-contagious variant combined with lagging booster uptake and fewer precautions as the “pandemic mindset” recedes means more seniors tragically catching COVID and dying. Can anything be done to improve their immunity short of an endless series of boosters?

Maybe. The most interesting piece I’ve read today is this interview with Bloomberg News’s pharmaceutical analyst, who thinks the British may have stumbled onto a winning vaccine strategy. Remember that the first dose for many Brits was the Oxford/AstraZeneca vaccine, which is unavailable in the U.S. That’s an adenovirus vaccine, different from the mRNA technology used by Pfizer and Moderna but similar to the one used by Johnson & Johnson. In rare cases the adenovirus vaccines produce blood clots so recipients in the UK were urged to switch over to Pfizer for their second shot. They “mixed and matched” the two different vaccine types, in other words. And because they did, they may enjoy a greater degree of protection than us chumps who stuck with mRNA shots throughout:

Neutralizing antibody levels in the mixed vaccine group one month after the second shot were 10 times higher than for two shots of the Pfizer (mRNA) shot, with a third of individuals in this latter group having no neutralization at all. This means that those who had received a mix-and-match vaccine would likely not only be better protected against an infection, but also, given the higher level of antibodies, this protection may last longer…

Actually, there was a study (also by Zhang et al.) which looked at the immune response to mRNA vaccines and the shots from J&J and Novavax, showing that only those who received a shot of the J&J vaccine, which is similar to the Astra shot in that it uses an adenoviral vector, produced a specific type of memory B-cell that’s found to be important for mucosal immunity (immunity in the nasal passages and the surfaces of the lungs as opposed to “humoral” immunity which is blood based) in two animal models. Mucosal immunity has not been shown following mRNA vaccines, suggesting a potentially higher protection against reinfection in those who received the J&J shot before or after an mRNA vaccine.

Mucosal immunity is what the nasal vaccines aim to provide. People here and in the UK who went with an adenovirus vaccine first and then switched to mRNA may have better protection than the rest of us, then, possibly because their immune systems have been trained to produce a more diverse array of antibodies. I wonder if it works in the reverse order, with those who got mRNA vaccines in the initial series deriving better protection if they switch over to J&J for boosters. Senior citizens are surely keen to know.

Here’s Scott Gottlieb, who’s on the board of Pfizer, sounding optimistic about the effectiveness of the updated vaccines coming later this year.

“I’m hopeful that this vaccine is going to afford a higher degree of protection against these new variants,” says @ScottGottliebMD. “I base that assumption just on looking at some of the clinical data coming out of South Africa in particular.” pic.twitter.com/KjATJ1dDoJ