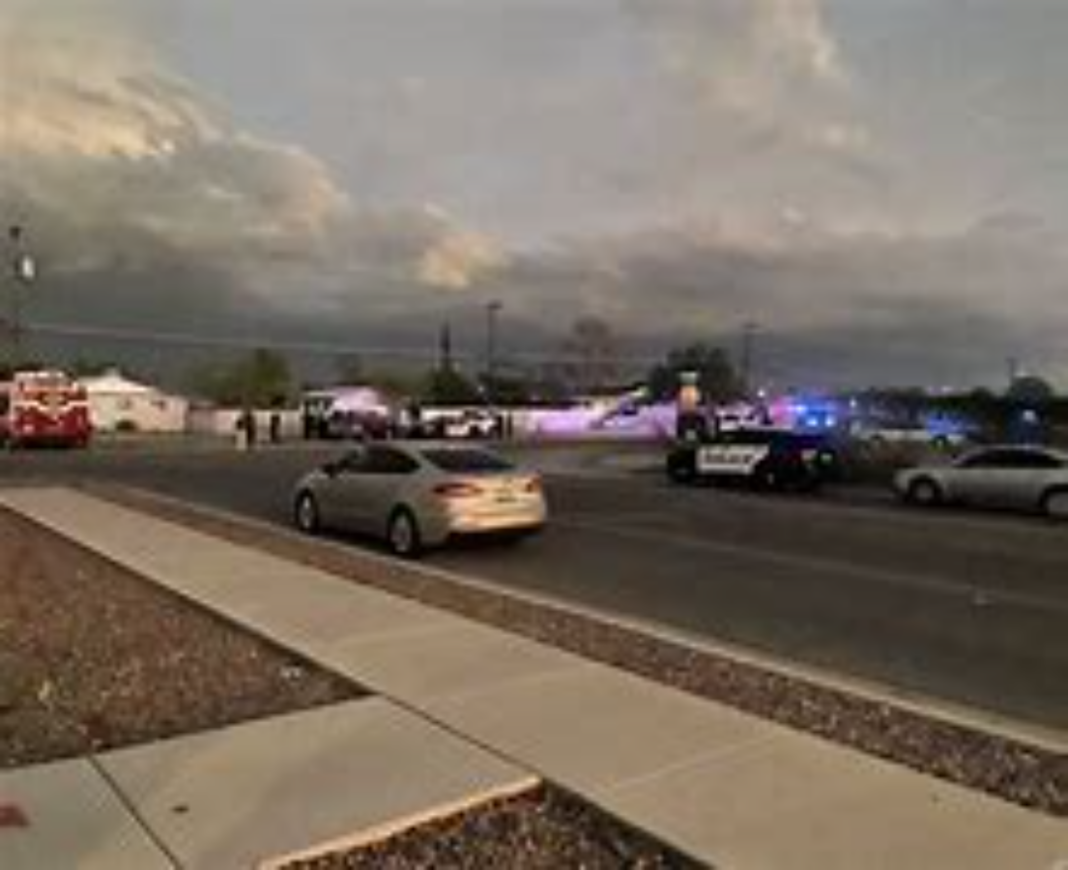 At least two people are dead and several others are wounded after a driver of an SUV allegedly shot at several people Sunday in Tucson, Arizona, including multiple first responders.

The shootings unfolded at three locations where emergency personnel were responding to separate incidents.

Tucson Police Chief Chris Magnus said the incident began as the Tucson Fire Department was dispatched to a fire at 3:45 p.m. local time in the 2100 block of Irene Vista. At “pretty much” the same time, EMTs were responding to an unrelated medical emergency in a nearby park. That’s when, according to Magnus, a suspect got out of his silver SUV, approached the ambulance and opened fire, striking the driver in the head and the passenger in the arm and chest.

The 20-year-old EMT driver is in “extremely critical condition,” while the EMT in the passenger seat, a 21-year-old woman, is listed in stable condition.

Then, as firetrucks arrived to the call at the residence, neighbors were also at the scene trying to help.

That’s when the suspect “arrives on the scene and starts firing at both the fire department personnel and the neighbors,” Magnus said during a press briefing Sunday night.

Then as a responding police officer arrives at the scene, he sees the suspect’s vehicle in the area. The SUV then rams the officer’s car, disabling it, Magnus said. The officer then exited the car and exchanged gunfire with the alleged suspect, striking him. The 35-year-old alleged suspect is in critical condition at a local hospital.

Magnus said making the incident more complex is the fact a dead body was found inside the burning residence. At this time, that victim’s identity is not known and police said they are unsure if that person’s death is directly related to the suspect.

Adding to the suspicions around these incidents, authorities said the whereabouts of “two or three” children “associated” with the burning residence are unknown. Anyone with information about these children, of which a description was not immediately available, was asked to call 911.

This is a “highly tragic, really horrific incident with many unknowns,” Magnus said Sunday night. The investigation, he said, will be “lengthy and complex.”

“I ask our entire Tucson community to join me in thinking about and praying for the victims of this afternoon’s fire and shooting by Silverlake Park, including first responders from AMR and the Tucson Fire Department. This was a horrific and senseless act of violence,” Tucson Mayor Regina Romero said in a statement Monday.