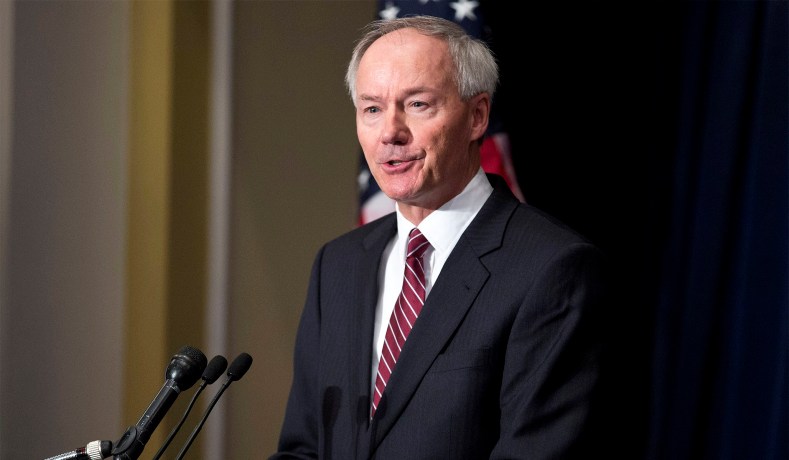 As our own Zachary Evans pointed out earlier today, Arkansas governor Asa Hutchinson has made a disappointing decision to veto a piece of legislation that would, among other provisions, prohibit doctors from performing so-called gender-reassignment procedures on minors.

Hutchinson, a Republican and a long-time social conservative, defended the move by saying that “government, under a conservative philosophy, should be restrained.” Hutchinson also said the bill was an instance in which restraint “is better than over-broad actions.”

But Hutchinson misunderstands both the importance and the purpose of such an essential piece of legislation: not to insert the power of government where it doesn’t belong, but to weigh in on behalf of suffering children who are, in essence, finding themselves in the position of being guinea pigs for the medical profession as it attempts to grapple with a rise in young people identifying as transgender.

Prior to having vetoed the bill, Hutchinson had said it “would put the state as the definitive oracle of medical care.” He added, “While in some instances the state must act to protect life, the state should not presume to jump into the middle of every medical, human, and ethical issue.”

Hutchinson is of course correct that the state need not concern itself with “every” such decision, but the example in question in this bill that he vetoed is especially egregious. There is no medical evidence to suggest that gender-reassignment procedures are a successful or helpful way of treating children who struggle with gender dysphoria, and in fact, data suggest that most children who begin to identify as a member of the opposite sex desist in that belief later on in adolescence. Surgery to “alter” a child’s biological sex is quite obviously a drastic step, a decision and a procedure that can never be undone, no matter how much a child might grow up to regret it.

To suggest that state action on behalf of prudence and caution for such children is inappropriate or a violation of conservative philosophy is to misunderstand not only the evidence but also the severity and gravity of the issue at hand.

Did the Maya of ancient Mesoamerica invented writing?

Patrick McHenry: Janet Yellen must Testifies About $44 Billion In Unused...