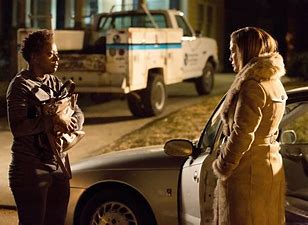 Beyond the rights guaranteed by the Second Amendment, there are lots of reasons to own a gun. These reasons include fun, sport and, of course, self defense, which is what a California mother recently used her’s for, after she called police for help.

The incident began a little after 8 a.m. on Montello Street in Bakersfield as a burglary call. However, the call involved more than just burglary. The woman told 23 ABC that this wasn’t the first time she had called police on account of the man. In fact, she claims that Andrew Oldham had been stalking her. This time, he had a hammer.

As Oldham allegedly tried to get inside, the woman claims she warned him that she had and gun and was willing to use it. He didn’t listen, though, which forced the mother to fire a single shot.

Police arrived and arrested Oldham, before transporting him to the local hospital with minor injuries. They plan on charging him with robbery, burglary, child endangerment and assault with a deadly weapon. They also said that the woman was defending herself, her children and her home will face not face charges.

Second Amendment advocates have been saying for years that citizens need guns to stop criminals. This is especially important for women trying to fight off men with bad intentions. On average, men are larger and stronger, but a gun can equalize situations that women would typically lose. This situation, along with thousands just like it, shows the importance of having the means to defend one’s home and life.

There is no way of knowing what would have happened had this mother not been armed. But we know that the chances of officers arriving in time are slim. Police do the best they can, but can’t be everywhere. Get a gun, get some training and learn to protect yourself. It worked for this mother.

Israel: Arab men are likely to be shot 36 times more...