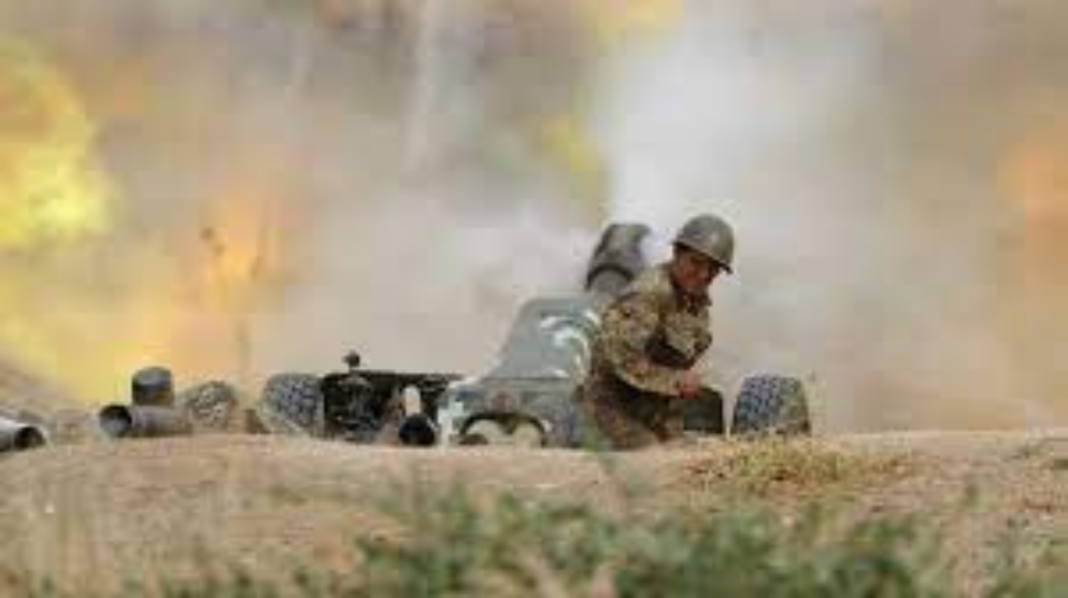 Armenia’s leader on Thursday accused Azerbaijani troops of crossing the southern border and trying to stake claim to territory, in a new escalation of tensions between the arch foes.

Last year Armenia and Azerbaijan went to war over the breakaway region of Nagorno-Karabakh. The six-week conflict claimed some 6,000 lives and ended after Armenia ceded swathes of territory it had controlled for decades.

In the early hours of Thursday, Armenia’s acting prime minister Nikol Pashinyan accused Azerbaijan of new transgressions as he convened an emergency meeting of his security council.

Pashinyan said Azerbaijan’s troops had advanced more than three kilometres (two miles) into southern Armenia and were trying to “lay siege” to Lake Sev Lich that is shared by the two countries.

“It is an encroachment on the sovereign territory of the Republic of Armenia,” Pashinyan said. “This is an act of subversive infiltration.”

He said Armenian soldiers had responded with “appropriate tactical manoeuvres” but stressed that the latest tensions should be settled through negotiations.

The reaction of Armenia, “which makes provocative statements – is astonishing,” the ministry said in a late-night statement.

“Azerbaijan is committed to defusing the tensions in the region and urges to take steps in that direction.”

Armenia, which had controlled Lachin and Kalbajar since 1990’s, handed the districts to Baku last year under the ceasefire agreement.

The United States—one of the three nations in the so-called Minsk Group that leads diplomacy on Nagorno-Karabakh—said it was “closely following” the rising tensions.

“We understand communication between the parties is ongoing and urge restraint in de-escalating the situation peacefully,” State Department spokesman Ned Price wrote on Twitter.

We are closely following reports of increased tensions along a non-demarcated portion of the Armenia-Azerbaijan border. We understand communication between the parties is ongoing and urge restraint in de-escalating the situation peacefully.

“They must withdraw immediately,” Macron said.

Pashinyan has been under huge pressure over his handling of the conflict. He resigned in April while staying on in a caretaker capacity, setting the stage for June 20 parliamentary elections aimed at defusing the political crisis at home.

Moscow brokered a peace deal between Armenia and Azerbaijan but tensions persist.

Last month, Yerevan and Baku traded accusations of opening fire in Karabakh and along their shared border.

Ethnic Armenian separatists declared independence for Azerbaijan’s Nagorno-Karabakh region and seized control of the mountainous enclave in a brutal war in the 1990s that left tens of thousands dead and forced hundreds of thousands from their homes.