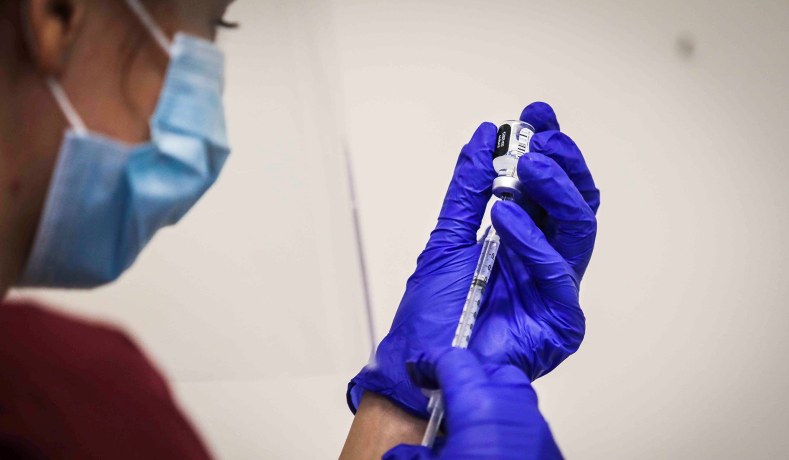 The fight against the coronavirus in Europe, which was not going well as 202o turned into 2021, just took a dramatic turn.

Germany, France and Italy on Monday became the latest countries to suspend use of AstraZeneca’s COVID-19 vaccine over reports of dangerous blood clots in some recipients, though the company and European regulators have said there is no evidence the shot is to blame.

AstraZeneca said on its website that there have been 37 reports of blood clots out of more than 17 million people vaccinated in the 27-country European Union and Britain. The drugmaker said there is no evidence the vaccine carries an increased risk of clots.

In fact, it said the incidence of clots is much lower than would be expected to occur naturally in a general population of this size and is similar to that of other licensed COVID-19 vaccines.

If indeed 37 people out of 17 million people developed blood clots after receiving the AstraZeneca vaccine, that means an individual person’s odds of developing blood clots are one in 459,459, or 0.000002 percent. For perspective, the U.S. CDC says that your odds of being struck by lightning are one in 500,000.

Mind you, those are just the known figures for the use of the AstraZeneca vaccine in the EU and Great Britain; that vaccine is now being used in 71 countries.

The company contends that in clinical trials, even though the number of thrombotic events was small, these were lower in the vaccinated group. The company also declared in a statement that the trials showed “no evidence of increased bleeding in over 60,000 participants enrolled.“

The company has also ruled out the possibility of a bad batch:  “In terms of quality, there are also no confirmed issues related to any batch of our vaccine used across Europe, or the rest of the world. Additional testing has, and is, being conducted by ourselves and independently by European health authorities and none of these re-tests have shown cause for concern. During the production of the vaccine more than 60 quality tests are conducted by AstraZeneca, its partners and by more than 20 independent testing laboratories.”

The French, German, and Italian health authorities are not stupid guys. But halting the use of a vaccine — at a time when France, Germany and  Italy have cases increasing, not decreasing — seems like not seeing the forest for the trees. Lots of Europeans need to get vaccinated now, not later — and a 1-in-459,000 chance of blood clots doesn’t seem like an unacceptable risk, particularly when compared with the risks of catching COVID-19.