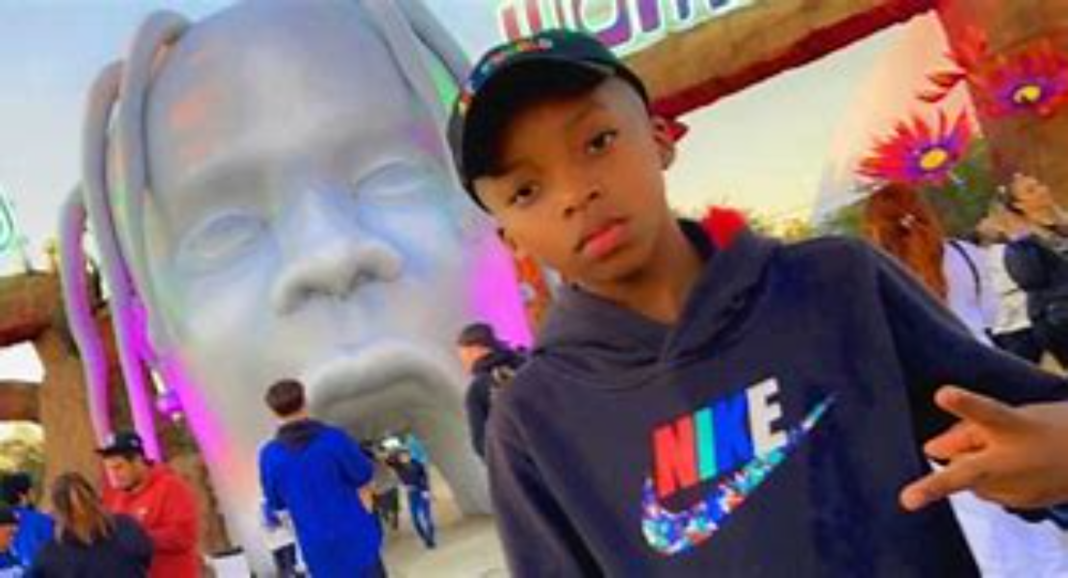 The 9-year-old who was hospitalized with severe injuries following the violent Astroworld music festival crowd surge earlier this month has died from his injuries, his family confirmed Sunday.

Ezra Blount was “trampled and catastrophically injured” at the concert on Nov. 5, when a wave of concertgoers began pushing one another during Travis Scott’s performance, according to a statement issued by Blount family attorneys Ben Crump, Alex Hilliard, Bob Hilliard and Paul Grinke.

He had attended the concert at NRG Park in Houston, Texas, with his father, and was on his father’s shoulders when the crowd surge began, the boy’s grandparents told ABC Houston station KTRK.

According to a GoFundMe, the boy’s father, Treston Blount, said that during the surge, he was crushed by other concertgoers and could not breathe. He said he fell and passed out, and he and his son were trampled by the crowd.

Ezra’s grandparents said they later found him alone at the hospital in a coma, suffering from major organ damage and severe brain swelling.

“Ezra sustained life-threatening injuries and was placed in a medically induced coma on life support in an attempt to combat his brain, liver, and kidney trauma,” the attorneys said in their statement Sunday.

On Sunday, Ezra was pronounced dead, his family confirmed to KTRK.

“The Blount family tonight is grieving the incomprehensible loss of their precious young son. This should not have been the outcome of taking their son to a concert, what should have been a joyful celebration,” the Blount family attorneys said in a statement. “Ezra’s death is absolutely heartbreaking. We are committed to seeking answers and justice for the Blount family. But tonight we stand in solidarity with the family, in grief, and in prayer.”

Following Ezra’s hospitalization, his family was one of the many who filed lawsuits against Scott and others involved in organizing and managing the music festival.

Ezra is one of 10 people who died at the music festival on Nov. 5. Various others were injured.

“I am saddened to learn of Ezra’s death this evening. Our city tonight prays for his mom, dad, grandparents, other family members and classmates at this time. They will need all of our support in the months and years to come. May God give them strength. RIP Ezra. st #AstroWorld,” Houston Mayor Sylvester Turner tweeted Sunday.