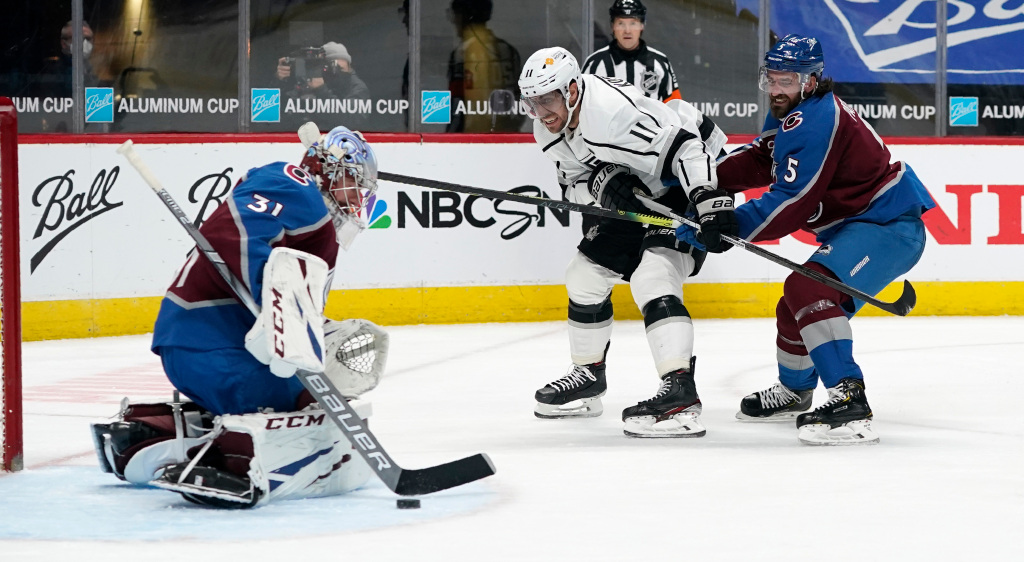 The Avalanche’s unequivocal regular-season goal has been to win the West Division or at least gain home-ice advantage in its first-round playoff series. But on Friday, a week before the Avs might begin the playoffs, the goal has been modified.

Colorado will make sure any dinged-up regulars will get the necessary time off to be at 100% this time next week.

Heading into Friday’s late game at the Los Angeles Kings, the Avs stood second in the division — four points behind the Vegas Golden Knights and one point ahead of the third-place Minnesota Wild.

Colorado has just five remaining games, four against the Kings, and its first-round playoff series could begin as early as May 15 — just two days after its regular-season finale against L.A. at Ball Arena.

“We’re addressing those situations on an individual basis,” Avs coach Jared Bednar said after Friday’s morning skate at Staples Center. “If guys are feeling good and we’re having those conversations, then we’re going to keep playing them and pushing. If someone’s not able to go and feel like we may hamper them for the start of playoff time, we’ll pull them out of the lineup.

“Fighting for first is good for us. It’s important, but at the same time, we have to be healthy and rested when the playoffs start. That’s the No. 1 priority for our team. We feel like we have the depth that can help us right now. If we have to pull somebody out of the lineup, we’ve got a lot of healthy bodies here and guys who are hungry and champing at the bit to get into the lineup.”

The Avs are coming off a 3-2 loss at San Jose on Wednesday. The Sharks scored the game’s final three goals and Colorado’s three best forwards and top two defensemen were each minus-2.

“Not the best effort last game but we know what we have to do to win,” forward J. T. Compher said. “We have to be smart with the puck, make sure we’re not turning it over with their trap, and get our speed going, play with speed and confidence, and we should be good.”

Said Avs forward Joonas Donskoi: “We are getting close to playoffs. So we’re going to get our legs going and get back to playing our best hockey. That’s the main focus going into tonight.”